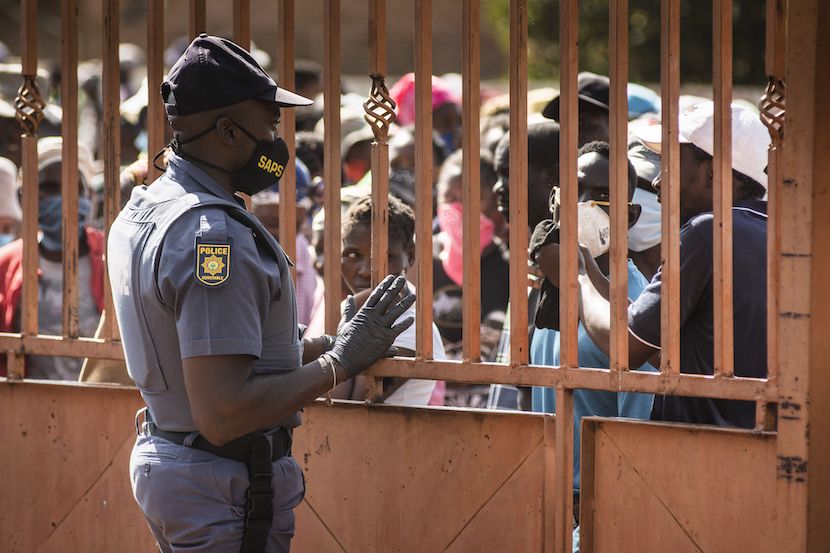 In my previous article, End Lockdown: Free our Children and Grandchildren, I asked other senior citizens to join me in calling for the immediate ending of the lockdown. I have not changed my view. In fact, the rapidly accumulating worldwide evidence is that the entire pandemic has consisted of appalling errors based on erroneous information and consequent incorrect assumptions and calculations. What has become abundantly clear is that governments of most countries have overstepped the bounds of their capabilities, their legitimate roles, their just powers, and in the case of South Africa, its constitutional authority.

The lockdowns have had harsh economic consequences for firms and individuals who were abruptly told to stop whatever they were doing and hunch down in their homes, or wherever they happened to be, for an indeterminate period of time, until they were told what elements of their constitutional rights were to be restored to them. If they dared to knowingly or unknowingly infringe the despotically imposed rules of behaviour, they could be harshly dealt with by their “guardians of the peace”, for the duration turned into intolerant bullies. Search the Constitution and you will find no provision that allows government to impose house arrest and other deprivations upon the entire nation.

Elderly people and the chronically ill, warned of the danger they face if infected with the coronavirus would, assisted by friends, family and community members automatically take precautions to avoid becoming infected. As a senior citizen I contend that it is unjust and unconstitutional to impose lockdowns, massive costs, and job losses on the younger and healthier members of the population, ostensibly to protect me and other elderly people from coronavirus infection.

“Around the world there is no consistency. In some areas, hospitals are shut entirely. In other areas, hospitals are open and even functioning fairly normally. In some countries patients who don’t have the coronavirus, or might not have the coronavirus, are completely ignored and rejected as irrelevant and unsuitable for treatment. There is no science or logic behind the closures and the refusal of hospitals and medical centres to treat patients.”

On the one hand, hospitals are unavailable to patients suffering from the very illnesses that render them at most risk of dying if they become infected with the coronavirus. On the other, there are empty beds set aside for patients who may contract the virus. Under such circumstances, how are patients being treated in South Africa’s government hospitals? At the best of times government facilities are full to overflowing. What awaits people who this winter contract the annual flu, or suffer from other diseases that already afflict many low-income South Africans? Will they be shunted aside to give preference to otherwise young and healthy coronavirus patients?

Dr Coleman has this to say on the issue:

Lockdowns and social distancing rules have been imposed without much sense. It is now fairly widely known that most of the people who have died from the virus, or have been ill with it, were obese or diabetic or both, and many had more than three chronic diseases.

The current treatment of patients with cancer, heart disease and other dangerous but treatable diseases is a grotesque scandal which has taken health care back to the Middle Ages. Patients, doctors and nurses have all been betrayed by the profession’s leaders and by their governments and governmental advisors. Mental health problems are growing too. In California, a hospital has reported that it has seen a year’s worth of suicide attempts in just four weeks.

Dr Coleman calls into question the imposition of lockdowns on the entire population when it is only a sector of the population that is seriously vulnerable. Having politicians and government officials make decisions that result in the withholding of treatment from people with other serious health problems is, to put it mildly, inhumane and without justification. He views this, as one of the most egregious crimes against the people. The observations of Dr Coleman and other health care professionals who share his views, should make the South African government, at all levels of decision-making, decide to end the lockdowns as early as possible.

As South Africa begins to ease Covid-19 stay-at-home orders, it must reckon with the negative impacts the measures have already caused.

The inconsistencies and lack of scientific basis for many of the emergency rules are harming citizens, devastating business and threatening opportunities for international investment. All this, without providing commensurate protection against the spread of Covid-19. Yet there’s no sign that the the government is prepared to reverse course any time soon.

The severity of the threat from Covid-19 certainly justified targeted stay-at-home orders and social distancing measures. But like any restrictions, these must be narrowly tailored to achieve the desired outcome. Especially in this instance, the failure to do so has caused not only unnecessary suffering and economic harm, but it is undermining the citizenry’s confidence in health officials at a time when that trust is crucial to ensure widespread compliance with justified emergency public health measures.

Bloomberg News reports that the recently published regulations have “baffled” most South Africans. The policies dictate everything from what t-shirts can be sold and how they are meant to be worn to the style of shoes permitted to be sold. And then there’s the draconian ban on the sale of alcohol, which will now partially end, with sales only allowed on certain days and on certain hours and only for consumption at home. And the ill-conceived ban on the sale of tobacco will remain indefinitely. Such bans are proving not only ineffective, but have already caused a range of unintended consequences.

A lesson from the painful Covid-19 experience in the U.S. is that it is critical to maintain measures such as social distancing and frequently hand washing with soap. But bans on products and services have shown to be ineffective and harmful tools an an effort to fight the spread of disease.

Judges in the U.S. are already stepping in to reign in unjustified bans. For instance, a Michigan court just ruled against the governor’s closure of barber shops, finding that the state didn’t show a connection “between the cutting of hair and an increased risk of transmission.”

The same obvious logic applies to South Africa’s bans on the sales of alcohol and tobacco. A survey conducted by academics at the University of Cape Town found that the ban on cigarette sales has fortified the already bustling illicit market in tobacco, which the researchers found “will be increasingly difficult to eradicate when the lockdown and the Covid-19 crisis is over.”

When cigarettes are sold underground, taxes are evaded, criminals are rewarded and sales to minors always increase.

Some who favored an end to the ban on alcohol proposed doing so with a sin tax to lower demand. As if liquor stores are somehow magically unable to enforce the same social distancing measures as supermarkets. Measures to prevent the spread of Covid-19 must actually have a scientific basis. But the bans on alcohol and tobacco are merely thinly veiled chicanery to advance a different agenda under cover of Covid-19.

Consider the ban on the sale of tobacco, which inexplicably also includes far-lower-risk e-cigarettes. The harm from smoking that may make someone more vulnerable to Covid-19 comes from years of smoking. Yet, not surprisingly, the University of Cape Town survey found that few people quit smoking as a result of the ban, and among those who did, many of them only plan to do so temporarily.

But it gets worse. As counterintuitive as it is, there’s early but growing evidence that current smokers are somehow at a lower risk for being admitted to the hospital for Covid-19. The evidence is far too preliminary to exclusively base policy or personal decisions on, but if, as many believe, nicotine confers some protection against Covid-19, the ban on even e-cigarettes would be especially fool-hearty.

South Africa has the potential to earn the financial support of international investors. But first, the international financial community needs to believe that this otherwise appealing market operates in a trustworthy manner, governed by science and common sense.

South Africa’s draconian response to Covid-19 is an outlier among countries in the free world. And investors are beginning to get spooked. But it’s not too late for the government to come in line with the rest of the world. Doing so would pay dividends not only to the embattled citizenry, but to the country’s economy as well.