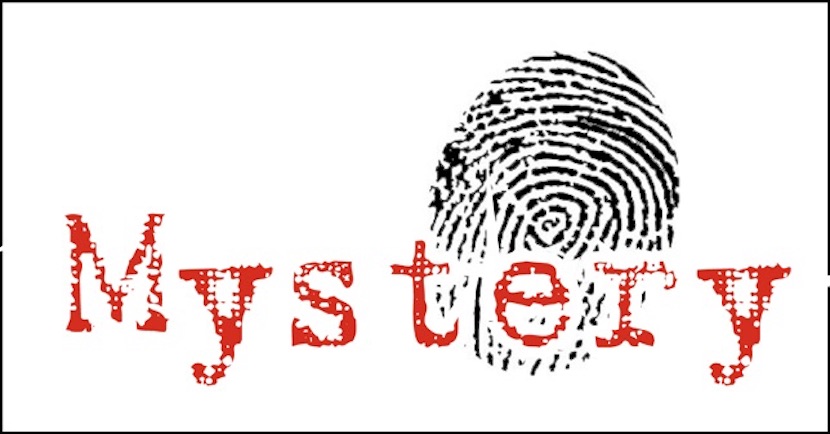 John Bredenkamp, one of Zimbabwe’s richest people, was a controversial millionaire businessman who captained the national rugby side before independence. ZimLive notes: Bredenkamp was the subject of US sanctions for his role in human rights violations and economic plunder. “Bredenkamp gained considerable clout in the political and economic affairs of Zimbabwe, and is believed to have been a key donor for the ruling Zanu PF party. It was claimed that he twice sought to facilitate the early retirement of the late former President Robert Mugabe in 2004 and his replacement by Emmerson Mnangagwa, who eventually seized power in a military coup in 2017,” it reports. Zimbabwe’s NewsDay reports that Bredenkamp exploited opportunities early, running Rhodesian tobacco past United Nations embargoes, using a network of complex barter deals to buy guns and ammunition for the Rhodesian armed forces. South African columnist Simon Lincoln Reader reflects on one of Africa’s great mysteries. – Jackie Cameron

One of Africa’s great mysteries slipped quietly into Thursday’s night.

At the time of writing not much is known about John Bredenkamp’s death but the event has not passed unnoticed. For Bredenkamp, a life’s worth of serious allegations was always going to make it difficult, if not impossible, for any truth to emerge – whatever form it chooses to take. But here the truth isn’t accessed via a series of frank confessions – it comes only through a willingness to glimpse into the dark confluence of identity, belonging, survival, opportunity and violence.

At the height of the Rhodesian Bush war, rumours swept through Salisbury that someone had just busted sanctions and the Rhodesian Airforce was about to find in its inventory a pile of Bell Helicopters procured via the Italians. But defence bosses were miffed at what they considered a rip off. The machines themselves were crap, and one crashed on its debut.

John Bredenkamp and an associate were hauled to an in-camera secret court hearing, charged, convicted and jailed for defrauding the government of the day. The judge presiding was the former Rhodesian Minister of Defence Hilary Squires who, two decades later, would jail Schabir Shaik and describe the fraudster’s relationship with then Deputy President Jacob Zuma as corrupt in 165 pages. Perhaps, as Squires considered precedent, he would have revisited that young man who sat in his court all those years ago, possibly noting how his relationship with the deputy leader of ZANU-PF and Vice President, Emmerson Mnangagwa had blossomed.

John Arnold Bredenkamp was born in Kimberley, moving to Rhodesia as a child to attend Prince Edward School with whom he’d form a deep and lasting relationship. As a teen, Bredenkamp experienced the immeasurable horror of familicide on a caravan site in Chakari where the Bredenkamp’s resided. Having murdered his mother and shot his sister, who survived, the older Bredenkamp turned the gun on himself. Riding his bicycle, Bredenkamp is rumoured to have discovered the massacre. Compounding the grief was severe dyslexia, so it was on the rugby field he exorcised the frustration – the place that earned him his uncompromising, assertive and tough as all hell reputation. He captained the Rhodesian National Team from 1965-1968 and at the same time, shifted tobacco past embargoes, bartering leaves for rocket launchers that would eventually find their way into the hands of the military.

Contrary to gossip, Bredenkamp was not close to the then radical marxist Robert Mugabe. A few years post the signing of the Lancaster House agreement and Hilary Squires’ return to the South African bar, Bredenkamp’s citizenship was terminated. But thinking quickly and using his networks, many of them formed at school and kept for life, he was able to access Mugabe via his PA and his citizenship was restored shortly thereafter.

Bredenkamp took exception to anyone who suggested he had Mugabe’s ear. One of these people was British Prime Minister Boris Johnson. In 2002, the then editor of the Spectator temporarily paused from shafting anything within SW1 and visited Zimbabwe.

“A less abashed co-operator is John Bredenkamp, a former member of the Rhodesian rugby team and husband to ex-Miss Rhodesia, who was revealed last Sunday to be the 33rd richest man in Britain with a £720 million fortune and a home in Berkshire. Mr Bredenkamp is thought to be close to Mugabe, but especially to Emmerson Mnangagwa, the speaker of the Zimbabwean parliament and Mugabe’s heir-apparent. Mr Bredenkamp’s mining operations in the Congo benefit greatly from the incursion of Zimbabwean troops, which is a kind of joint-stock venture by Zanu-PF and its business friends. Has Bredenkamp ever raised his voice in protest at anything done by his chums? On the contrary. He is going round offering to buy up some of the most beautiful white farms, on the understanding that he can get the acquisition orders lifted.”

Bredenkamp returned a letter published the following week, denying the allegations. A website quickly launched in his name, rejecting the theory he was profiting from the wholesale dispossession of his countrymen. It showcased his philanthropy and emphasised his legendary generosity. Indeed, those loyal to him were often puzzled at the state of commentary.

Johnson’s column would have been observed by some of Bredenkamp’s neighbours on the fashionable stockbroker belt near Sunningdale golf course. It was into this establishment of civilised, supposedly gentle English society that Bredenkamp was attempting to ingratiate himself, but he should have known better. In that strange, deceptive place, it was blood and birthright, not money or fear, that commanded influence and popularity.

Allied to class and culture complexities were the metastasizing claims of arms dealing at a point where Britain’s involvement in the Iraq invasion was under intensified legal and moral scrutiny. Worse still to come were revelations that summarised the poisonous, clandestine world of gun running fraught with duplicity: in Iraq, the limbs of British soldiers were being blown off by landmines that were once suspected to be the property of Her Majesty’s Armed Forces. Critics accused Bredenkamp of moving in these middle shadows, but, just like the UN investigation into the pillaging of the DRC, his name was never officially acknowledged.

We dare speak a truth loathed by lavishly funded NGOs or brazenly marxist aid agencies. Like Victor Bout in Liberia and the arms deal in South Africa, Bredenkamp helped shatter an illusion beloved by Hollywood and bi-coastal Democrat elites. In the most grotesquely patronising way, they believed African liberation movements were inherently forces for good, determined to improve the lives of the peaceful, smiling subjugated. Bredenkamp knew otherwise. Perhaps most importantly, he knew how to appeal to instinct and work within its scope. One man alone doesn’t start wars in the DRC or crush squatter camps with bulldozers or kidnap young women from their schools. That is only accomplished by a way of thinking, something that flourished before John Bredenkamp, and will long survive the likes of Billy Rautenbach and Fana Hlongwane.

Today’s most fashionable movements, ever growing in popularity, seek the dismantling of the family as a key political objective. Given the timing, perhaps we should see all Bredenkamp’s controversies, all allegations of immorality, all the limbs amputated, homes destroyed and all the other potential consequences of diminishing the central feature of peaceful life through that one day in Selukwe, remembering the end of the second verse of WH Auden’s “September 1, 1939”:

“I and the public know

What all schoolchildren learn,

Those to whom evil is done

Do evil in return.”