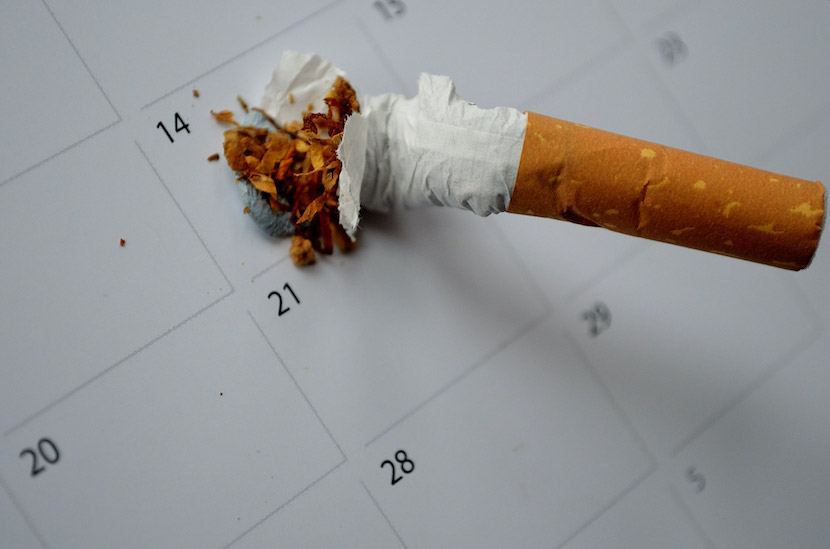 In March, President Cyril Ramaphosa announced a 21-day lockdown to contain the spread of Covid-19 and ‘flatten the curve’ in South Africa. As a part of the lockdown, he announced a ban on the sale of cigarettes. What South Africans initially believed to be a 21-day ban has still not been lifted and there appears to be no definitive answer as to when it will be lifted. The Research Unit on the Economics of Excisable Products (REEP) has released a second report on smoking and quitting behaviour in lockdown South Africa. They conducted an online survey of more than 23,000 people, who were all smoking cigarettes before the lockdown. South Africa, together with Botswana for a limited period, was the only country in the world to implement a sales ban on tobacco products. For smokers in South Africa, this was absurd and unwelcome news. – Nadya Swart

This report is based on the results of an online survey, conducted between 4 June and 19 June 2020. The study was conducted by the Research Unit on the Economics of Excisable Products (REEP), an independent research unit based at the University of Cape Town. It was funded by the African Capacity Building Foundation, which in turn is funded by the Bill & Melinda Gates Foundation.

This report follows on from our first report entitled “Lighting up the illicit cigarette market: Smokers’ responses to the cigarette sales ban in South Africa”, which was published on 15 May 2020. That report was based on an online survey conducted between 29 April and 11 May 2020.

When the second survey was conducted, the ban on the sales of cigarettes had been extended, even as the country had moved from lockdown Level 4 to Level 3. The questionnaire was distributed on Twitter, Change.org (a petition site) and Moya (a data-free platform). The survey yielded 23 631 usable responses. In contrast to the first study, we did not weigh the data, because the sampling methodology (i.e. online survey) made it impossible to reach the poorer segments of society. We thus do not claim that the data is nationally representative; we report on the characteristics of the sample, not the South African smoking population. In the report we often report the findings by race and gender, because smoking behaviour in South Africa has very pronounced race-gender differences.

Our most important results regarding quitting during lockdown are as follows:

For respondents who continue to smoke, our survey revealed the following:

Our survey revealed the following about cigarette prices, brands and competitive aspects:

The fact that the Fair-Trade Independent Tobacco Association (FITA) initiated a court case to have the sales ban lifted is ironic, because their members have benefitted disproportionately from the sales ban. They have greatly increased their share of the market within our sample, and sold their cigarettes at hugely inflated prices. The extraordinary profits likely earned during the lockdown period will allow them oppose tobacco control reforms more effectively in future. For example, they could engage in legal battles with the government over the Control of Tobacco Products and Electronic Delivery Systems Bill or Track and Trace systems.

Being able to produce cigarettes legally for the export market (as has been the case since the country moved to lockdown level 4), but not able to sell cigarettes in South Africa, has created a loophole and an incentive to sell illegally in the very lucrative local market. Manufacturers will find it difficult to resist this temptation, especially because so many companies are selling cigarettes, despite the sales ban. Given the tobacco industry’s long record of involvement in illicit trade, it is likely that they will divert cigarettes, ostensibly destined for the export market, to the local market.

We argue that, instead of imposing a sales ban to prevent people from smoking cigarettes, the government would have been able to achieve a similar outcome by substantially increasing the excise tax (from the current level of R17.40 per pack of 20 cigarettes to R50 per pack or more). Most smokers that have quit smoking during lockdown did not quit because of health concerns or because they wanted to follow the government’s regulations, but because the illegal market that was created by the lockdown made cigarettes unaffordable. Critics of a strategy to increase the excise tax substantially would argue that to do so would increase illicit trade. That may be possible, but at least it will not increase to 100%, as is currently the case. Our survey indicates that, more than anything else, the price of cigarettes made people quit during lockdown.

A substantial (for instance, 100%) immediate increase in the excise tax, followed by above-inflationary increases in subsequent years, would counteract the impact of a likely price war, once the sales ban is lifted. It would allow the National Treasury and the South African Revenue Services to claw back some of the revenue that they have lost during lockdown. Furthermore, it would encourage smokers to quit, and incentivise many quitters (who may otherwise resume smoking when the price falls to its “normal” level) to stay non-smokers. However, an important proviso for such a tax strategy is that the illicit trade in cigarettes is under control. This will be difficult, given that the illicit operators have been able to entrench themselves during the lockdown period. However, with political will and with the appropriate use of technology (such as digital tax stamps and an independent Track and Trace solution), this can be done.

In our first report we argued that, although well-intentioned at the outset, the extension of the cigarette sales ban into lockdown Level 4 was an error. Based on the results of the second survey, we believe that the further extension of the sales ban, into lockdown Level 3, amplified the error. We recommend that the government expeditiously lifts the ban on the sale of cigarettes; substantially increases the excise tax on tobacco products; and implements better tax enforcement measures.