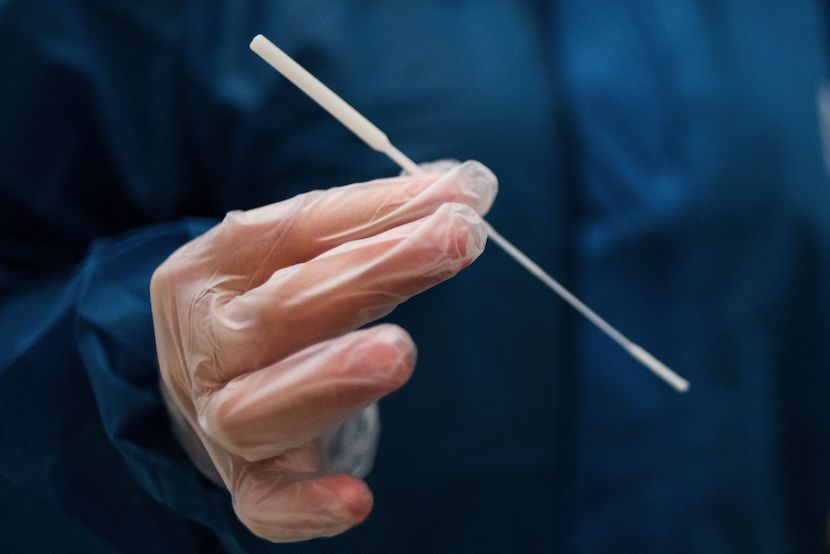 To test or not to test for Covid-19? This question has plagued many as the World Health Organisation urged governments earlier this year to implement widespread testing of its citizens to curb the spread of the novel coronavirus. According to an article published in Medical Device Network, the majority of tests currently being done can be divided into polymerise chain reaction (PCR) or serologic tests and neither of them are 100% perfect. A PCR test uses a swab to take a sample from a patient’s nose or throat and, although it doesn’t detect the virus itself, it detects the presence of genetic material of the virus called RNA. In this piece, Dr Clare Craig argues that false positive test results from a PCR test lead to false diagnoses, unnecessary measures and distort the overall picture of the pandemic. She adds that “it is important to target testing at people who have symptoms that provide a high clinical suspicion of the disease being testing for. This targeting of a subpopulation because they have a high false positive rate is bad profiling. The more people in this subpopulation you target, the higher the false positive rate will be for testing as a whole.” – Lindiwe Molekoa

A miscarriage of diagnosis

PCR testing for Covid-19 aims to detect individuals who have a high likelihood of being infectious. However, false positive test results lead to false diagnoses, unnecessary measures and distort the overall picture of the pandemic.

The PCR test false positive results have more than one cause and productive conversations about them require the following 5 categories to be distinguished from one another.

Who is being tested has a significant bearing on the false positive rate. Any positive pregnancy test from, say, testing children in a reception class at primary school must be a false positive. Likewise testing asymptomatic people (e.g. airport testing) for Covid-19 is much more likely to produce false positive results than testing symptomatic patients.

As it happens, some subpopulations within communities can have a higher baseline false positive rate for unknown reasons. This is a frequent problem we see, for example, in breast and cervical cancer screening in young women. Indeed, this is why those screening programmes do not screen young women. For Covid-19 a similar unexpected level of false positives was seen in the summer with people in their 20s. When this subpopulation with a high false positive rate was discovered, they were targeted for more testing. We now know they were false positive results because the evidence from spring across the world proves that genuine Covid-19 outbreaks spread rapidly between age groups. This did not happen throughout August, which proves that the “outbreak” amongst young people was a pseudo-epidemic made up of false positives.

The likely underlying cause of the false positives in young people was mistaken identity. When testing for RNA (the viral equivalent of DNA used for replication) the test should be able to distinguish between sequences that are unique to Covid-19 and sequences seen on other viruses or even in human DNA. However, no test is perfect.

Human DNA has been mistaken for a different coronavirus when doing PCR testing. The human genome comprises three billion letters of code. While none of it may be an exact match for what the PCR test should be detecting, a near match could result in errors in a proportion of the tests. This type of mistaken identity could lead to particular subpopulations being targeted for testing, creating profiling errors.

A 2003 outbreak of SARS-1 in a care home in British Columbia, turned out to be a common cold causing coronavirus. Coronaviruses are a family of viruses and, although the spike protein of the Covid-19 virus is unique, the rest of the virus has many features similar to other common colds. These similarities can cause mistakes in PCR testing. As coronaviruses are seasonal, this type of mistaken identity can cause a seasonal variation in the false positive rate.

There is a chain of evidence from the sample being taken, through delivery to the laboratory, checking in of samples and then opening and working on them. Contamination can happen at any stage. This contamination may come from the individuals carrying out the work or from other patients’ samples once in the laboratory.

Claims that PPE would be effective at preventing contamination from swab takers etc. is like claiming that wearing chain mail would prevent you from getting sandy on a beach. A delivery driver who is post-infective and shedding RNA could contaminate the containers the samples are transported in.  Whoever opens those containers could then transfer the RNA to the contents. If the same gloves are worn when opening numerous patient sample pots then the possibility for contamination between samples will be high. Many readers may have seen the disturbing images of an undercover Dispatches reporter showing how some samples have been handled when they arrive at a lab.

Contamination is an issue largely because of the nature of the test rather than sloppy handling. Having turned the RNA into DNA, the second step in testing is to multiply the DNA by one billion to a trillion times. That means that even with highly competent sample handling the risk of contamination will remain because only the tiniest fragment of contaminant RNA can create a false positive test result. Reducing the number of times the DNA is multiplied reduces the chance of these errors, but not to zero.

The risk of cross contamination from true positives samples will be greatest when there is real Covid amongst those samples being tested.

The testing equipment itself will have a low and fairly constant false positive rate. This is of the least significance but has had the most effort put into understanding it. It is possible to calculate based on retesting samples with different test kits. There seems to be a general misunderstanding that this is the only cause of false positive error and that because it is a low value there is no false positive problem.

As well as choosing a reasonable cycle threshold to reduce contamination errors, other variations in the criteria used to determine positivity will lead to differences in the false positive rate. It is standard practice to test for three genes belonging to the Covid-19 virus. However, if positive is defined as the presence of a single gene rather than all three then the false positive rate will be higher.

For example, the REACT study at Imperial carried out calibration between PCR tests in commercial laboratories and the same samples tested in Public Health England laboratories. They found a 57% false positive rate in May. To minimise this error, they used different criteria to the commercial laboratories. Instead of reporting on one gene at any threshold, they chose to define the presence of one gene below a cycle threshold of 37 or the presence of two genes, as positive.