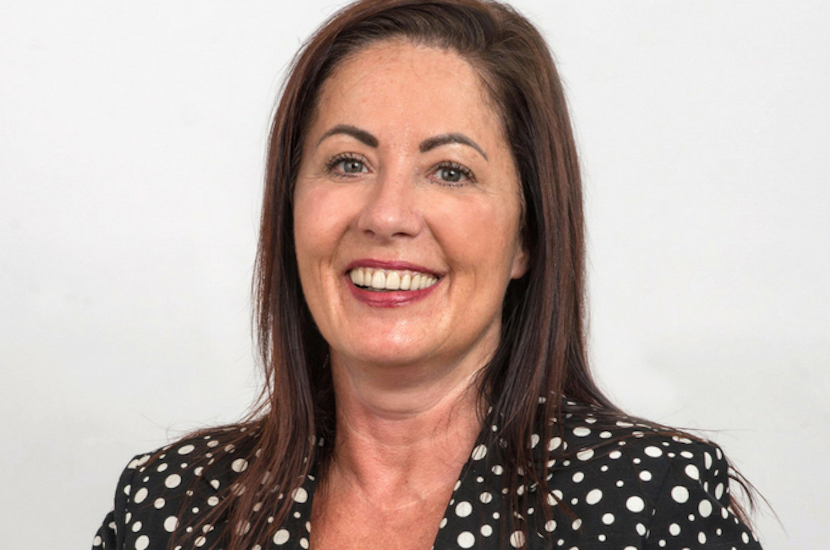 South Africa is getting left behind as businesses and governments embrace blockchain. In this in-depth conversation with entrepreneur and disruptor Monica Singer, founder and former CEO of Strate and now South Africa lead for the world’s largest blockchain company, we explore how governments are embracing blockchain to maintain control of money flows, improve efficiency and excise corruption. Singer, who is influential in the accounting profession, shares what businesses need to do to stay competitive as the next technological seismic shift changes accounting practices and eliminates back office staff. – Jackie Cameron

Monica Singer on her background:

I started at ConsenSys in 2017 and for three years, I’ve been presenting to corporates, universities and anybody that is prepared to hear the future that we are creating. Truth be told, is that nothing has really happened in the last three years. I’ve been working mostly internationally. We’re working on projects everywhere in the world, so I have done more work with clients overseas than in South Africa.

However, I think the tide is finally turning. I think that people are finally understanding that blockchain is not Bitcoin or cryptocurrencies. Before I used to present, and you have to mention Bitcoin. You had to talk about the White Paper by Satoshi Nakamoto. You have to introduce the White Paper, because the White Paper is what did the paradigm shift for the world, in terms of this new reality that is coming into the world. You had to talk about it. But the moment you mention Bitcoin and Satoshi, the CEO’s would leave the room. They would start screaming, ‘this is a scam. This is rubbish’.

I’d say, ‘please let me finish the presentation and you will hear how the technology that Satoshi explains is coming to the world, is going to change your business’. Most of them would say it was too difficult to comprehend. But what happens is that this is a massive paradigm shift. You have to understand that I’ve worked for 20 years, converting the financial market from pure physical to digital. The whole idea was to eliminate paper and inefficiencies. South Africa – before I joined Strate – was categorised as the worst financial market in the world, for operational and settlement risk.

I really believe that this is the technology of the future. Many countries in the world are implementing this. South Africa is only now, slowly – very slowly – coming to the conclusion that we should be doing this. It really breaks my heart. I’ve been saying this since 2017. When I see what’s happening with the pandemic and what’s happening with the people that have to collect the Sassa grants – to see them sleeping in the floor outside a post office to get payment, it’s like a crime against humanity.

Three years ago, that Sassa grant could have been automated. Real time, very simply in the blockchain. The motor vehicle licenses that people have to stand in queues to pay. That’s also another crime. To see what has happened at our borders with Zimbabwe and the queues and the delays. Because the technology doesn’t work. The level of corruption that we still have – that’s unacceptable.

If you implement this technology – let’s say it takes six months to implement. You can have a complete transparent procurement process, where nobody’s going to be able to steal anything. Because you will even be able to have the pictures of the people that approve every step of the process. Every taxpayer will be able to see where the money goes and how the procurement process has happened.

Look at the corruption that happened with the PPE budget. It’s killing me, because I know that we have implemented that technology somewhere in the world, where governments are committed to fighting corruption and bringing efficiencies into their own countries. It’s so simple to implement. It just requires that when the goodwill, the commitment, the wanting to make a difference. The most beautiful thing is that this technology is not even expensive.

On how South Africa can be brought up to speed:

I don’t know if you had heard about Sanba – the South African National Blockchain Alliance – and they fall under the science and technology division of the government. They are really very beautiful people that are really trying their best to drive a project. But they haven’t been allocated real budget. At this stage, they’re looking at more track and trace for agricultural products. Truth be told, that what we really should be doing – and I’ve got this amazing document written by the government of the UK – where the government takes a holistic view department by department.

On how SA companies can get up to date with blockchain technology:

Well, number one, I’ve been saying this forever, is education. Truth be told, yes, I can explain it in plain English – but it’s a massive paradigm shift. It’s like if I told you today, ‘I want to introduce you [to] Mr. Alien, okay? And you say, ‘but I always thought there there were no aliens’. [Now] you have to deal with this alien and you don’t know where to begin, because your paradigm has been broken.

That’s how big this change is. It’s huge. The other question is, do you really believe in transparency?  This technology is very transparent. I’ll give you an example. Anybody that transacts in Bitcoin – It’s very easy to see who’s transacting on Bitcoin. Because the ledger – the blockchain – is very transparent. So you have to embrace technology change and the philosophy of being transparent.

I have given presentations where I have shown that if you engage in this technology, you won’t need your back office. So then the CEO will say, ‘no, I’m not ready to make my back office redundant’. So that’s another challenge – the human aspect. This technology relies on the technology, not so much on people in [the] back office paper shuffling, using Excel spreadsheets, doing reconciliation’s, sending each other emails, making phone calls and faxes.

On the impact blockchain may have on SA business environment in three to five years:

I think for me, the most important [change] – and that it depends on the commitment of government – is that we truly can eradicate corruption. If that if the government says that’s it. I’m going to put all the controls and I’m going to implement block chain technology, like in Dubai. In Dubai, the Sheikh said, ‘that’s it. We’re putting everything in the blockchain’. That is number one, because we need to reestablish the confidence of the citizens in the government.