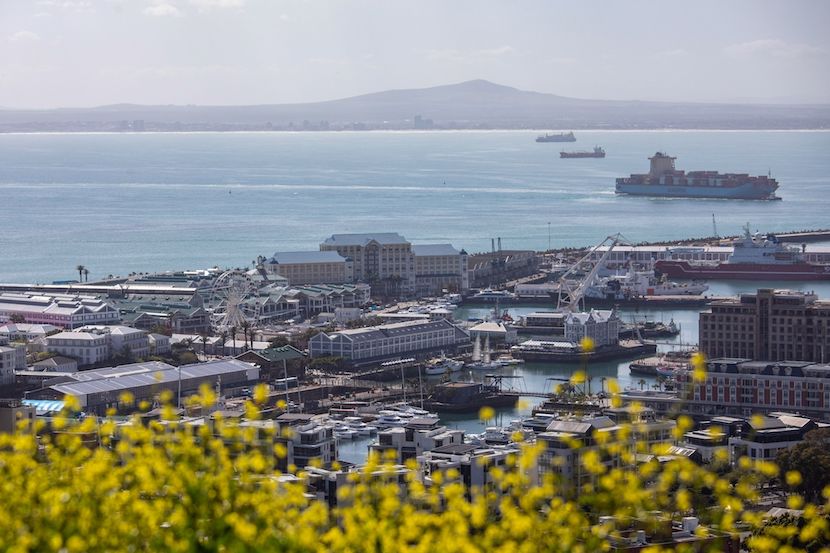 Cape Independence Advocacy Group co-founder Phil Craig believes that the argument for Cape independence can be boiled down to seven simple words – we are better off on our own. While many would strongly object to the idea, you have to wonder how it would work if the national government had to agree to this. How would the financial system work? How would immigration and border control operate? ‘It is in looking ahead to this stage that the ‘yes, buts’ get really animated’, says Craig. The group co-founder says that while it is critical to consider these issues, ‘the absence of certainty is not a reason to remain’. Craig welcomes informed debate on the issue, asking ‘Is there anyone out there capable of showing the Western Cape people that, on a factual basis, ‘They are NOT better off on their own’? Share your thoughts below. – Jarryd Neves

Behind the mantras of Cape independence

The argument for Cape independence can be distilled to seven words; We are better off on our own. The argument against it usually reduces to two; Yes, but.

As the numbers of those coming to publicly accept the validity of the former rise, the ire of those invested in the latter is increasingly vocal. This is exactly as it should be. If an idea can’t withstand rigorous scrutiny, it isn’t an idea to invest in. If it is honest intelligent debate that opponents of independence want, however, then they need to present their concerns in the same reasoned and factual manner as they demand of those advocating for independence.

I make this point because, as an advocate for Cape independence, much of the scrutiny I am faced with is not based on genuine concerns which the scrutineer has taken the time to research and to present as a genuine question, but is rather a dog-whistle demand that our organisation provide instant and detailed answers to questions the detractor isn’t really invested in at all. They simply don’t like the idea of independence.

There are many genuine questions worthy of investigation, discussion, and debate, and the Cape Independence Advocacy Group (CIAG) would enjoy seeing all of them intelligently debated.

Independence would happen in four stages, and questions can only ultimately be resolved with any finality at the appropriate stage. Naturally, discussion can take place at any point.

Ideology is the first stage, where the people of the Western Cape need to decide whether they would prefer to remain as a province of South Africa, or whether they would prefer to secede and go it alone. The outcome of either scenario is an unknown and both, to a large extent, involve a leap of faith. The idea of Cape independence is currently at this stage and will continue to be until a referendum has been held to determine the democratic will of Western Cape voters.

If the national government did consent, how would assets and liabilities be split? What would the trade arrangements between the two states be? How would the borders and immigration be managed? Then there would be issues for the provincial government to address. There would need to be an interim constitution, a currency and financial system, a legal system.

It is in looking ahead to this stage that the ‘yes, buts’ get really animated. Many want certainty, but until these negotiations have taken place (including on matters which either enable or depend on other questions), there can be no certainty. Independence is a leap of faith, just as remaining in the union is.

That is absolutely not to say that there isn’t a need to consider these issues at all – it is critical that we do – but the absence of certainty is not a reason to remain. As passengers climbed off the sinking Titanic into the lifeboats, I can’t imagine many were calling for the following days’ weather forecast or the lifeboats’ maintenance logs. Some things are just self-evident.

Maintaining the borders of an independent Cape is just one such example. Having flirted with and then discarded several other objections, in the latter part of 2020 the Democratic Alliance (DA) seemed to settle on this one, with both Helen Zille and John Steenhuisen referring to it in debates. It was an odd question.

‘Let’s make all of South Africa successful.’ Presumably if you could, you would have, but that notwithstanding, you would simply have the same border issue in a different place.

Every country has a border of one sort or another, and there are numerous solutions on how to police them. Discussion of how an independent Western Cape could best police theirs will be necessary at some point, and it may very well be interesting to discuss now, but it certainly isn’t a pre-requisite for Western Cape voters to decide if they are happy for the other eight provinces to help choose their government for them.

The question of the economic viability of an independent Cape has been another popular refrain from opponents of the idea. The CIAG has consulted with several economists on this issue and all were unanimous in their belief that not only was an independent Western Cape economically viable, but, provided it was managed sensibly, that it would thrive. The Western Cape is a net contributor to the South African fiscus, and it has an economy the size of Namibia, Botswana and Zimbabwe combined. It has a strong tourism sector, a tech hub, a strong services sector and a large agricultural sector with the potential for significant growth. It now consistently creates most of the new employment opportunities in South Africa, and it is doing better than the rest of the country in attracting foreign investment. All these assets are currently inhibited by national government policy, and, pro-rata, the province is currently underfunded by the treasury relative to its population size.

It is fair for critics to state that this isn’t a detailed economic impact study, and that the economy is complex in nature. The CIAG is a relatively new organisation run on a not-for-profit basis. Its primary mandate is to promote the concept of Cape independence. We consistently work to both broaden and deepen the information available around secession, but common sense based on credible headline data can’t be suspended while we wait.

Intelligent contributions from those who might have genuine concerns about the economic viability of an independent Western Cape are very welcome. At this stage there hasn’t really been any. In early 2020, John Steenhuisen did suggest that the tax burden would increase in an independent Cape, and we publicly challenged him on the matter, providing data from the treasury, provincial government and Stats SA. We recognised that perhaps the DA had additional information which we hadn’t seen and asked for clarification. Instead, no-one from the DA has ever used that argument again.

Rather than factual arguments, what we have started to see from independence critics is unsubstantiated speculation. ‘Yes, but companies will relocate from the Cape to Gauteng’, ‘Yes, but the services sector is dependent upon the South African economy’, ‘Yes, but South Africa will impose trade tariffs on the Cape’. None of these are offered with a shred of supporting evidence, yet all are counter intuitive.

Why on earth, for example, would someone believe that in a country where overregulation and policy uncertainty are the biggest obstacles to conducting business, once released from these burdens companies would then relocate their operations so that they could once again confront these obstacles? In the absence of compelling evidence to the contrary, experience shows that movement would be in the opposite direction. Gauteng may be the province with the largest inward internal migration, but Stats SA confirms that over the past 10 years 50% more people have migrated from Gauteng to the Western Cape than the other way around.

Ironically very few independence detractors have spoken about electricity, which is perhaps one of the Western Cape’s biggest challenges in any transitional period. Water, agriculture and climate change is another interesting topic.

The CIAG would welcome fact-based discussion papers on the structural issues surrounding independence from interested parties, while it will continue to facilitate the availability of information itself. In the meantime, it will continue to focus on its core mission: to promote independence and to influence the positions of people and organisations critical to the attainment of Cape Independence.

Returning to the framework for achieving independence, and the four stages; after ideology (referendum) and structure (negotiations), would come the implementation stage, where the structural changes agreed during the negotiations phase would be given effect. The final stage would occur post-independence, where political policy decisions would be made by the Cape of Good Hope electorate, who would appoint a government in the state’s inaugural general election.

We look forward to rigorous informed debate on many of these issues. Is there anyone out there capable of showing the Western Cape people that, on a factual basis, ‘They are NOT better off on their own’?