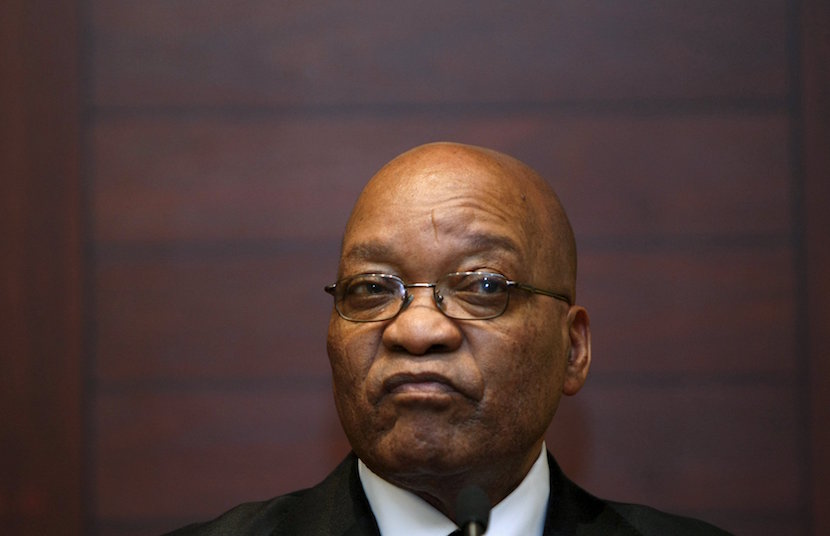 In a recent story from our partners at Bloomberg, former President Jacob Zuma was quoted as saying “The Commission Into Allegations of State Capture can expect no further cooperation from me in any of their processes. If this stance is considered to be a violation of their law, then let their law take its course. I do not fear being arrested, I do not fear being convicted nor do I fear being incarcerated.” This blatant defiance and disregard for the law has frustrated many South Africans, who just want the former president to have his day in court. Allegations of state capture and corruption have been hurled at Zuma for over a decade now. But like water off a duck’s back, it seems to have no effect on him. Cathleen Powell, an associate professor of public law at the University of Cape Town, writes ‘even an appeal to the highest court in the land has failed to win Zuma’s cooperation. It has, however, handed the commission the clearest statement yet of its duties and the tools it has to fulfil them’. This article was first published on The Conversation. – Jarryd Neves

South Africans have witnessed a strong exchange between the State Capture Commission investigating corruption, the Constitutional Court and former president Jacob Zuma. Zuma, on whose watch the plunder allegedly took place, refused to comply with a summons from the commission. The commission then applied to the court for a declaratory order that he was obliged by law to cooperate.

The court granted the order, condemning Zuma’s uncooperative behaviour. Zuma then issued a public statement that he would defy the court’s ruling. Finally, the commission responded to Zuma’s defiance, announcing it was pressing criminal charges against him.

While many have welcomed the commission’s sharp reaction, we need to ask whether it has gone far enough.

The Act gives commissions of enquiry the powers of courts of law, including the power to issue summons. This means the State Capture Commission had the power to summon Zuma to appear before it. It did so in this case as a last resort, as he had repeatedly avoided appearing and answering its questions.

Zuma was required, by law, to comply with such a summons and was not allowed to refuse to answer questions from the commission. If he wants to refuse to answer a question to protect himself from self-incrimination, he has to make a detailed case for refusing to answer each specific question.

Zuma established the commission on 9 January 2018, as part of the remedial action required by the then Public Protector, Thuli Madonsela. This followed her investigations into alleged improper conduct by the then president and his friends, the Gupta family, in his appointment of government ministers, and the operations of state companies for private benefit.

Zuma established the commission after failing to have Madonsela’s “State of Capture” report overturned on review.

When announcing the commission, Zuma noted that

The allegations that the state has been wrestled out of the hands of its real owners, the people of South Africa, is (sic) of paramount importance and are therefore deserving of finality and certainty.

Zuma, who had been president since May 2009, resigned in January 2018 and was replaced by Cyril Ramaphosa.

The Constitutional Court judgment was not surprising to people who have followed the commission’s two-year effort to get Zuma to testify.

The court sets out these efforts in its judgment.

But what was surprising was that the court had almost as much criticism for the commission as it had for Zuma. Importantly, it overturns Zuma’s claim of victimhood and unfair targeting.

The court found that, far from treating Zuma worse than the other witnesses, the commission had handled him with kid gloves. In doing so, it wasted valuable time and state resources, and imperilled a vital public investigation.

For example, it “invited” Zuma to give evidence instead of issuing a summons to him. It negotiated with his lawyers when he first walked out of the proceedings in July 2019 . And it went through an unnecessary process of a hearing on whether to issue summons when it could simply have issued the summons.

By giving Zuma the chance to respond to this hearing, the commission opened the door to further delaying tactics on his part.

The judgment gives the public a comprehensive finding on how Zuma has frustrated the work of the commission, why that is unacceptable, and why his claims of a witch hunt hold no water.

As for Zuma himself, it is clear that he has learnt nothing. His response to the judgment ignores all the carefully substantiated arguments that the court provides. He merely reiterates that the system is stacked against him.

The only change is that he now includes the Constitutional Court among his alleged persecutors. The fact that his evidence is central to the commission’s work because he ran the engine room of all the alleged corruption before the commission (paragraphs 69-70 of the judgment) is taken as proof of the unfair campaign against him.

Perversely, the fact that the judgment details his legal obligations is taken as proof that the law is aimed exclusively at him, rather than applying equally to all witnesses. This, once again, ignores the court’s point that Zuma cannot be granted better treatment than any other witness before the commission.

But the most important message from the judgment is for the commission itself, and its chair, Judge Raymond Zondo. And that is that it doesn’t matter what Zuma thinks.

The enquiry cannot be run as an effort to persuade either Zuma or his followers that he is being fairly treated.

The apex court has made it clear that the commission has an essential constitutional duty to fulfil and that, if it does not use the powers given to it by law to carry out this duty, it is failing South Africa. Whatever shortcomings its final report may have, it would be important to know that the commission did its best.

The commission’s response to Zuma’s defiance emphasises that he is not above the law. It shows a growing willingness to use its coercive powers. But laying criminal charges is merely one of its options.

As the commission enjoys the powers of a High Court, it can also imprison a person who refuses to testify, for up to eight days at a time, without a criminal conviction. That might still not bring Zuma to answer the questions put to him. But politeness will clearly not do so either.

Even an appeal to the highest court in the land has failed to win Zuma’s cooperation. It has, however, handed the commission the clearest statement yet of its duties and the tools it has to fulfil them.

The ball is now in Judge Zondo’s court.