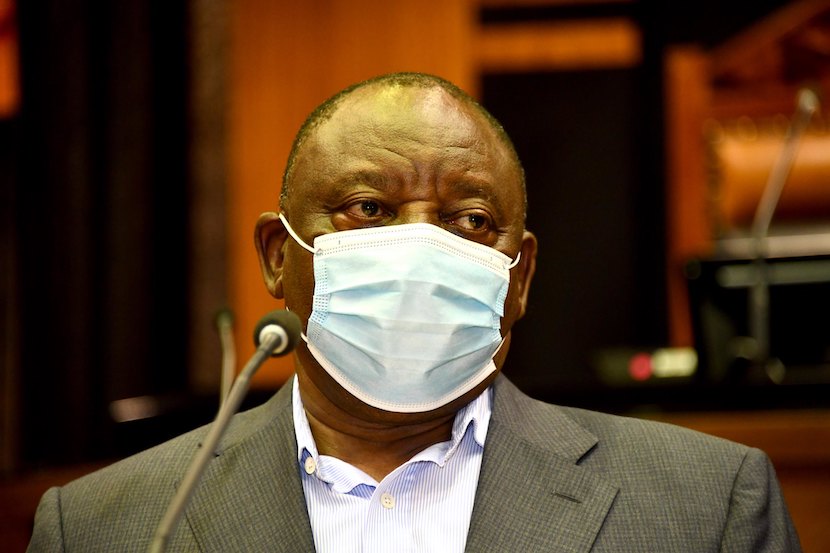 President Cyril Ramaphosa has laid out the government’s main objectives for 2021 in his State of the Nation Address. These include dealing with the Covid-19 pandemic, accelerating economic recovery, creating jobs and inclusive economic growth including maintaining black economic empowerment rules. Fighting corruption and strengthening the state is another key objective. Land reform will be accelerated, he said, highlighting the country’s agricultural successes but steering away from the emotive topic of land expropriation without compensation. Here are the highlights. – Jackie Cameron

Nearly 1,5 million people in our country are known to have been infected with the virus. More than 45,000 people are known to have died. Beyond these statistics lies a human story of tragedy and pain. There is no family, no community and no place of work that has not lost someone they knew, worked with, and loved.

South Africa has just emerged from the second wave of infections since Covid-19 arrived on our shores in March last year. Driven by a new variant of the virus, this second wave was more severe and cost many more lives than the first wave. Had we not moved quickly to restrict movement and activity, had we not prepared our health facilities, had South Africans not observed the basic health protocols, the devastation caused by this virus could have been far worse.

On the Covid-19 vaccines:

Earlier this week, we were informed that one of the vaccines that we had procured, the AstraZeneca vaccine offers minimal protection from mild to moderate infection by the new variant known as 501Y.v2. This is according to early findings of a study by our scientists and researchers.

While it should not delay the start of the vaccination programme by much, it will affect the choice of vaccines and the manner of their deployment. The first phase of our vaccination programme, which is targeted at health and other frontline workers, will now use the Johnson & Johnson vaccine, which has been shown to be effective against the 501Y.V2 variant. We have secured 9 million doses of the Johnson & Johnson vaccine.

The first batch, of 80,000 doses, will arrive in the country next week. Further consignments will arrive over the next four weeks, totalling 500,000 Johnson & Johnson vaccines. All provinces have roll-out plans in place as the first vaccines come through. In addition, we have secured 12 million vaccine doses from the global Covax facility.

This will be complemented by other vaccines that are available to South Africa through the AU’s African Vaccine Acquisition Task Team facility as well. Pfizer has committed 20 million vaccine doses commencing with deliveries at the end of the first quarter.

Over the past year, South Africa has experienced a sharp decline in growth and a significant increase in unemployment. Poverty is on the rise. Inequality is deepening. In the third quarter of 2020, our economy was 6% percent smaller than it was in the last quarter of 2019.

There were 1.7 million fewer people employed in the third quarter of 2020 than there were in the first quarter, before the pandemic struck. Our unemployment rate now stands at a staggering 30.8%. As a result of the relief measures that we implemented and the phased reopening of the economy, we expect to see a strong recovery in employment by the end of 2020.

However, the public sector has a responsibility to stimulate job creation both through its policies and through direct job creation opportunities. The Presidential Employment Stimulus is one of the most significant expansions of public and social employment in South Africa’s history.

Restoring Eskom to operational and financial health and accelerating its restructuring process is central to this objective. Eskom has been restructured into three separate entities for generation, transmission and distribution. This will lay the foundations for an efficient, modern and competitive energy system.

Eskom is making substantial progress with its intensive maintenance and operational excellence programmes to improve the reliability of its coal fleet. We are working closely with Eskom on proposals to improve its financial position, manage its debt and reduce its dependence on the fiscus. This requires a review of the tariff path to ensure that it reflects all reasonable costs and measures to resolve the problem of municipal debt.

In December 2020, government and its social partners signed the historic Eskom Social Compact, which outlines the necessary actions we must take, collectively and as individual constituencies, to meet the country’s energy needs now and into the future. Over the last year, we have taken action to urgently and substantially increase generation capacity in addition to what Eskom generates:

The Department of Mineral Resources and Energy will soon be announcing the successful bids for 2,000 megawatts of emergency power. The necessary regulations have been amended and the requirements clarified for municipalities to buy power from independent power producers. Systems are being put in place to support qualifying municipalities.

Government will soon be initiating the procurement of an additional 11,800 megawatts of power from renewable energy, natural gas, battery storage and coal in line with the Integrated Resource Plan 2019. Despite this work, Eskom estimates that, without additional capacity, there will be an electricity supply shortfall of between 4,000 and 6,000 megawatts over the next 5 years, as old coal-fired power stations reach their end of life.

As part of the measures to address this shortfall, we will in the coming weeks issue a request for proposals for 2,600 megawatts from wind and solar energy as part of Bid Window 5. This will be followed by another bid window in August 2021.

Recent analysis suggests that easing the licensing requirements for new embedded generation projects could unlock up to 5,000 megawatts of additional capacity and help to ease the impact of load shedding. We will therefore amend Schedule 2 of the Electricity Regulation Act within the next three months to increase the licensing threshold for embedded generation.

To support our reform process, the Presidential State Owned Enterprises Council has outlined a clear set of reforms that will enable these vital public companies to fulfil their mandate for growth and development. Overarching legislation for state-owned companies will be tabled in Cabinet this financial year and Parliament in the next the financial year.

A centralised SOE model is being implemented this financial year, which will ensure a standardised governance, financial management and operational performance framework for all SOEs. The mandates of all SOEs are being re-evaluated to ensure that they are responsive to the country’s needs and the implementation of the National Development Plan.

To date, government has redistributed over 5 million hectares of land, totalling around 5,500 farms, to more than 300,000 beneficiaries. This is in addition to the land restitution process, which has benefited over two million land claimants and resulted in the transfer of around 2.7 million hectares.

We are also pursuing programmes to assist smallholder and emerging farmers with market access, to develop skills across the entire agricultural value chain and increase the number of commercial black farmers. During the course of the next financial year, we will establish a Land and Agrarian Reform Agency to fast-track land reform.

Corruption is one of the greatest impediments to the country’s growth and development. The revelations from the Zondo Commission of Inquiry lay bare the extent of state capture and related corruption. Testimony at the Commission has shown how the criminal justice system was compromised and weakened.

It is therefore vital that we sustain the momentum of the rebuilding effort that we began three years ago. There has been great progress in turning around law enforcement bodies. Critical leadership positions have been filled with capable, experienced and trustworthy professionals.

When reports started to surface last year about possible fraud and corruption in the procurement of Covid-related goods and services, we acted decisively to put a stop to these practices, to investigate all allegations and to act against those responsible. We established a fusion centre, which brings together key law enforcement agencies to share information and resources.

As it reported last week, the SIU has finalised investigations into 164 contracts with a total value of R3.5 billion. In a significant advance for transparency and accountability, the Political Party Funding Act will come into operation on the 1st of April this year. This will regulate public and private funding of political parties. Among other things, it requires the disclosure of donations to parties and establishes two funds that will enable represented political parties to undertake their programmes.

On crime and violence:

We have taken steps and will continue to stop these crimes and deal with those responsible in terms of the law. Task teams have been set up in a number of provinces to deal with extortion and violence on sites of economic activity.We are also fast-tracking the implementation and capacitation of the Border Management Agency to curb illegal immigration and cross-border crime.