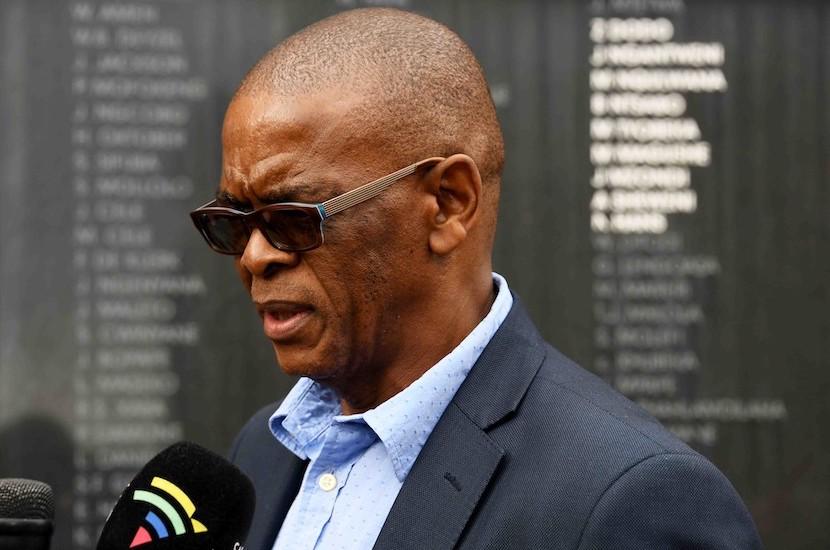 There’s been enough drama stirred up to fill an entire soap opera season. But for rational minds, it was always on the cards there would be a triumph for SA President Cyril Ramaphosa over Ace Magashule, his political party’s deeply corrupt CEO (or Secretary-General to use the official title). As Anthony Butler’s excellent Ramaphosa biography explains in great detail, the ANC’s top dog never goes into a fight unless he knows he’ll win. For all the bluster, Magashule entered the ANC’s OK Corral with a knife. It is testament to the desperation of those under attack that it took many hours of discussion for Ramaphosa to prevail, but in the end he was always going to. Turkeys don’t vote for Christmas, and even one-eyed ANC members know unless there is radical transformation within the party’s ranks, it faces a hiding in the next election. This excellent analysis of what went down and what it means by SA political and investment analyst Nic Borain is republished with his permission. It appeared this morning on Borain’s website. He also has an excellent emailed update service for followers – click here for the subscription form. – Alec Hogg

It was a long night.

Ace Magashule has endured a withering stream of attacks in the weekend’s NEC meeting. It has been clear for a month that Ramaphosa and his allies were ratcheting up the pressure on Magashule, with Fikile Mbalula leading the charge. Joel Netshitenzhe was brilliantly deployed to couch Magashule’s impending suspension in the aura of ANC tradition and party discipline, a decision like this requires.

Ramaphosa’s allies were careful to keep the focus largely on Magashule himself, rather than open a broader front against the whole RET faction – a move we expect Ramaphosa and his cohorts to embark upon in the next several weeks. Magashule and his camp appeared to go to the meeting with the expectation of stronger support, but it appears they underestimated the ability of the group around Ramaphosa to undercut and isolate him, and incentivise support for Ramaphosa. They also underestimated the efficacy of Ramaphosa’s painstakingly inclusive approach to state and party governance. In effect, when the proposal for Magashule and others implicated by the Integrity Commission was raised, there was little incentive for non-aligned members and those whose interests are not directly tied to Magashule’s position to stick their necks out for him. Whether it was due to manoeuvring by Ramaphosa’s camp (as implied here), or a simple calculation of who can promise more, Magashule’s allies were in the (furious) minority.

The RET camp made threatening noises that they would resign en mass – which frankly must have filled the president and his allies with joy. The RET hoped to put the NEC under the quorum of a simple majority, but when they did their sums they realised they just didn’t have the numbers. After the shock and denial, Magashule moved to bargaining and secured himself an extra 30 days in the position – a victory that is difficult to assess, but I assume he will use the time to stir up as much trouble and support for his position as possible. There is a tail risk that Magashule finds a way to wriggle out of his predicament. This seems highly unlikely. The Free State ANC will align behind Magashule, but KZN has long since abandoned him in favour of presidential benevolence and the North West is in disarray. The incentive of national elites is now to abandon Ace and go to where the goodies are, namely around the president. It is difficult to see a path to redemption for Magashule, who has few cards left to play.

Markets should view this development, even with the month-long delay, as credit-positive – although they are likely to take a wait-and-see approach, having given the ANC the benefit of the doubt just once too often. We do think that having the RET on the back foot will allow the Ramaphosa-aligned group to implement more growth-friendly policies. However, they have their traditional ‘left’ allies in Cosatu and the SACP to keep them close to traditional statist policies, but probably with a softening or speeding up on energy and spectrum auction.

Certainly, Ramaphosa will now have a stronger hold on the party. This is probably the first NEC meeting where Ramaphosa has come out having won basically all the political battles on offer. A more neutral or even pro-Ramaphosa replacement Secretary-General – probably an upgrade of current Deputy Secretary-General Jessie Duarte – will boost his chances of a second term. Magashule was never a realistic competitor for the Presidency, and opposition is far more likely to come from ‘third way’ candidates like Paul Mashatile or Zweli Mkhize.

However, the ‘Ramaphoss camp’ has now essentially wrested control of organisational processes (read voting blocks) from the Zuma/Ace Magashule camp in the buildup to the 2022 conferences, which to some degree removes the threat of the conference being stolen.

In a linked move, Ramaphosa has savvily managed to get the impeccable Kgalema Motlanthe appointed as the head of the ANC Electoral Committee, which will effectively oversee the election and selection processes of the party. The Committee provides Ramaphosa with a measure of insurance, as it diminishes the hold of the SG’s office on the conference process.

What next for Ramaphosa? Assuming he has won this battle and Ace goes, he will be keen to consolidate his power. A cabinet reshuffle seems likely for almost opposing reasons: Ramaphosa probably wants to at least shuffle a few low-performing portfolios, and maybe get rid of a few people he no longer needs to keep happy. In addition, the moment of Ace’s departure presents an opportunity for Ramaphosa to buy the loyalty of some floating elites through political patronage in the form of Cabinet posts.

Leading the ANC and the country always requires horsetrading and the president still needs to balance the needs of aligned and opposed elites, and creating an internal party environment where his opposition prefer to stay under his umbrella and fight from within, rather than seek an exit to the wild fringes of the party or the actual wilderness outside of the ANC itself. Good factional management will soften the blow to his opponents and incentivise cooperation rather than competition.

The implementation of Ramaphosa’s policy agenda, amorphous as it may be, will rest on how he uses the state and party to control political heads. Mbeki directly controlled Director-General appointments and used a strong Presidency and its Policy Coordination and Advisory Services (headed by Joel Netshitenzhe) to marshal ministers who had been appointed for political expediency. Ramaphosa has a much weaker hold on policy-making and implementation, in the party and the state, although Operation Vulindlela represents a limited approach to increasing the Presidency’s hold on policy.

(Note: we have seen a flood of proper fake news attacking Cyril Ramaphosa as the process to remove Ace Magashule came to a conclusion) 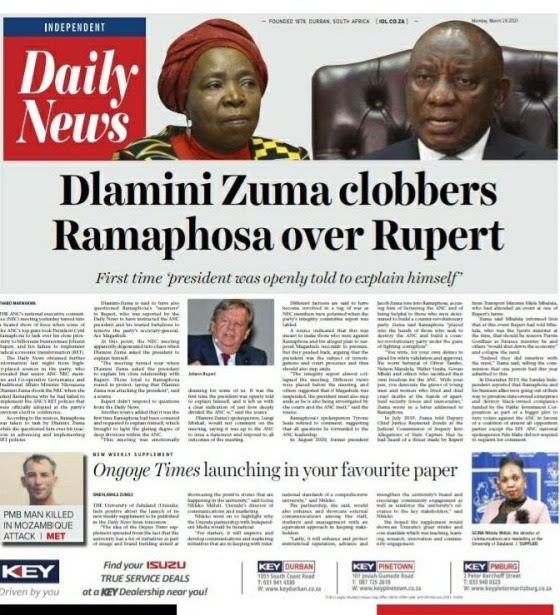