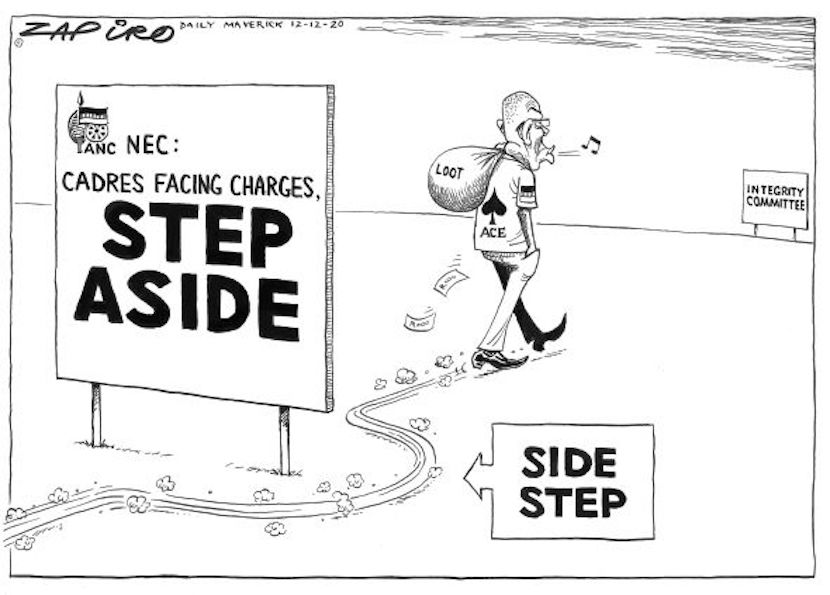 During a recent appearance at a magistrate’s court in Bloemfontein, ANC Secretary-General Ace Magashule and 15 co-accused defendants were charged with a total of 74 crimes relating to money laundering, fraud and corruption. The trial has since been transferred to the High Court and postponed until 11 August 2021. The accused have also been released on R50,000 bail.

The wheels of justice are turning far too slowly for several South Africans who feel that it’s high time Magashule and his cohorts were brought to book.

Voting for ANC is like promoting the corruption in this country.#acemagashulemustfall pic.twitter.com/HnmyXiTuaf

In November 2020, after what felt like an eternity, an arrest warrant was issued for the former Free State Premier in connection with a R255-million asbestos roofing project. An initial investigation led by DA representative Leona Kleynhans found that the project was actually a money laundering exercise, and businessman Edwin Sodi was apprehended for his alleged involvement in the procurement of government funds.

“A whistleblower came to us with a lot of the information and said this isn’t right. It was a great big sack of documents that I went through. I put the whole thing together and realised it didn’t make any sense at all. The contract; it had different versions. That seemed to be highly irregular. Some of the invoices had been generated by the system of the department. It didn’t have a tax number. In the caucus, we discussed it and decided that we would try for an urgent interdict in the Bloemfontein High Court, to stop payments of that contract,” Kleynhans explains.

“Our complaint against Ace Magashule, stemmed from the fact that at the time of our 2015 court case, the state legal advisor Mr Bertus Venter, had been seated in the office of the Premier, and that this office had been tasked with launching a legal defence on behalf of the MEC which the Premier had appointed. It is impossible that the Premier could not reasonably have known that his MEC had been dragged to court by the Official Opposition in the Free State Legislature.”

Since his arrest, Magashule has refused to step down from his position as Secretary-General despite warnings from the ruling party’s ethics body – the Integrity Commission. ANC policy requires members to leave their posts when facing criminal investigation. Magashule is one of President Cyril Ramaphosa’s biggest rivals and has consistently undermined his authority. It’s no secret that he also remains loyal to former President Jacob Zuma, opposing any and all economic reforms and anti-corruption efforts that Ramaphosa tries to implement.

While Magashule still denies any wrongdoing, BizNews community members are baying for blood.

“When is the actual trial of this ANC turd going to start? This process is way too slow!” asks Krull. 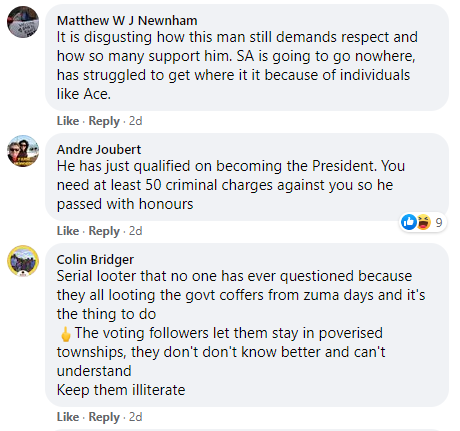 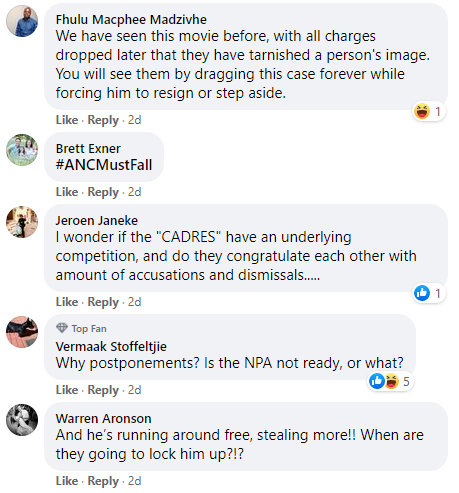 Fred Perry writes, “Oh dear – another lapse in judgement and another isolated incident! It’s such a pity that 99% of these ANC thieves make the other 1% look bad!”

“The ONLY party in the WORLD that has an ‘INTEGRITY’ party to deal with its OWN snouters – why? Because they are ALL involved!!!!!” says DA MOVA – BANNED FROM EWN?

“To even be debating if this disgusting crook Ace, should or should not step down, shows immorality on such a scale, one is left breathless, and on top of it, Pule Mabe, the ANC spokesperson, rubbishing the ‘Integrity’ committee in one stroke, by declaring Ace is going nowhere until the next NEC meeting next year! This is despite the NEC resolving months ago that all crooks have to step aside if charged with serious offenses AND the Integrity commission now demanding the same, yet, it will all be swept under the carpet. Just as one expects in this ridiculous banana African Republic,” says a disappointed Andrea. 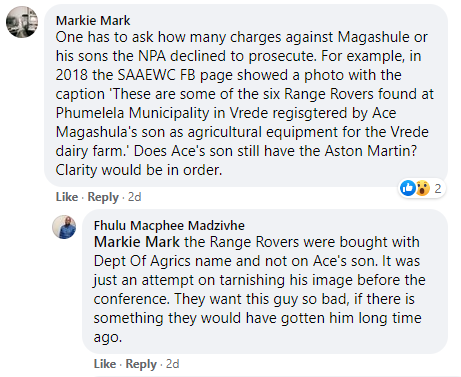 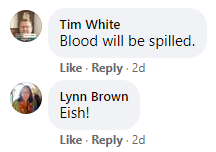 rage against the shebeen warns that time is of the essence. “Jail the the crook now before he pulls a Gupta with all his ill-gotten gains! Surely there’s enough evidence to lock him up for life?”

To this, DA MOVA – BANNED FROM EWN? says, “There was ENOUGH EVIDENCE to lock ’em ALL up, which is why the ZONDO COMMISSION was brought in to DELAY the wheels of justice…” 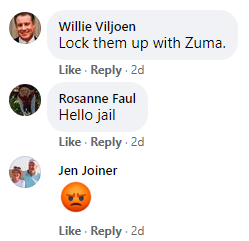 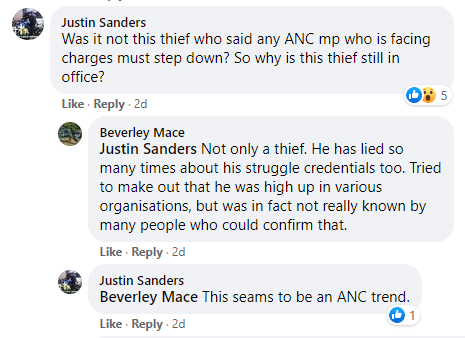 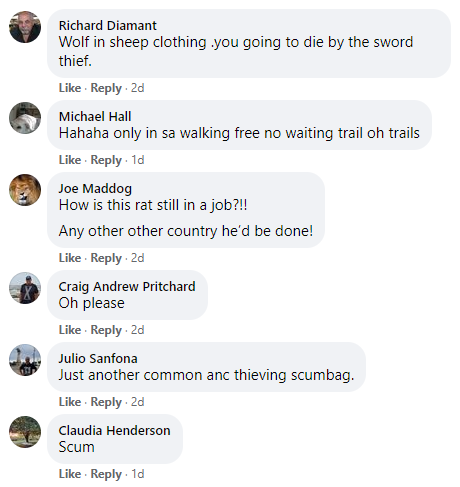 “How can such a tainted man be in such a powerful position in the ANC? Well, he is their yardstick which is why the whole party is one big looting machine,” writes Chris.

How do you support someone with 21 charges of corruption & fraud🤷‍♂️

Do you guys really think NPA came up with these charges from no where just to make Ace Magashule a corrupt politician? I hear RET in FS is campaign for Ace to be President😭 let close this Country#AceMagashule pic.twitter.com/Nf9wpKsQBk

Ace Magashule is toast. The NPA confirms they are ready to go to the High Court on Monday if need be, it is Magashule’s legal team that requested a date in August. With the arrest of Bertus Venter,Aces long time legal adviser it tightens the noose around Ace. #AceMagashule

This is what happens when a prominent ANC politician faces corruption charges in 🇿🇦. He mobilizes unemployed people and turns them into toy soldiers, feeds them lies, and then becomes president. He then hollows out the state and loots some more. #AceMagashule‘s plan 4 our Mzansi.

Sad reality is many people see this man’s behavior as heroic, because he stole from “white monopoly capital”. It’s just a form of “redressing / compensation”. Its like Robin Hood. Only difference is: he gives nothing to the poor.

“I don’t have much faith in our prosecuting authorities,” comments rage against the shebeen. “My champagne is still in the cupboard… will probably be vintage before Ace or any of the ANC elite wear orange overalls.”

What is your take on the matter? Share your thoughts by commenting below.