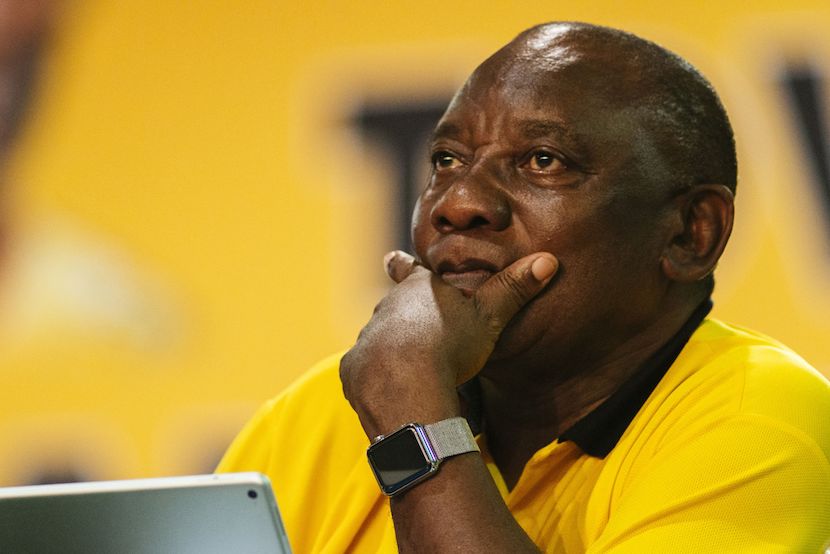 Corruption-tainted ANC leaders – past and present – have collectively been giving President Cyril Ramaphosa the two-fingered salute by showing off their tea parties at the Jacob Zuma KwaZulu-Natal homestead on social media channels. Julius Malema, who left the party taking others of his ilk with him to form the Economic Freedom Fighters, has dropped in to pose, for photographers, with delicate bone china cups alongside the former president in his relaxed attire as has ANC secretary-general Ace Magashule. Don’t read these gatherings as a sign that these ANC leaders, who have labelled themselves Radical Economic Transformation champions, will break away to form their own party. Susan Booysen, research director at Mapungubwe Institute for Strategic Reflection, explores the power dynamics within the ANC and expects Magashule and friends to continue fighting from within the party. She explains why, in this article first published on The Conversation website. – Jackie Cameron

It appears, for the moment, that South African president Cyril Ramaphosa has won a key battle in the war for control of the governing African National Congress (ANC), of which he is also the head.

This became apparent after a highly charged recent meeting of the ANC’s national executive committee (NEC) – its highest decision-making body in between its five-yearly national conferences. The NEC brought a crucial tilt in the factional balance of power towards Ramaphosa. This matters because the post-elective conference fate of presidents of the ANC – who, because it is the majority party in the country, automatically become presidents of the country – is determined by the NEC.

The ANC has governed South Africa since apartheid ended in 1994. As far back as 1999 the party acknowledged the existence of corruption in its ranks. Since then corruption has become endemic. Few ANC leaders can claim to be perfectly clean.

Ramaphosa’s rise to power, from when he became ANC president in December 2017, and head of state in February 2018, offered South Africans hope that he would clean up the corruption. Indeed, he made promises to do so. But he has met with resistance, especially within the ANC.

This has pitted two ANC factions against each other: Ramaphosa’s (claiming the cleanup label), and the faction associated with former president Jacob Zuma, on whose watch corruption (by all indications) intensified and became so brazen it was equated to state capture.

Things came to a head at the 26-29 March virtual NEC meeting, where the controversial issue of sanctions against party members charged with corruption or other serious crimes was finalised. The party’s December 2017 ANC conference had resolved that such members should step down from their roles in the party and public structures. The March meeting adopted the guidelines and brought the ANC’s integrity commission into the NEC discussions, which was a precondition for implementation.

The issue of stepping down is hotly contested, especially because it directly affects Ace Magashule, the party’s secretary-general. Magashule became the flag-bearer for the anti-Ramaphosa camp, both by default and personal ambition.

He and Ramaphosa are among the top six ANC office-bearers who were elected by marginal majorities in 2017.

Magashule went on to appropriate the label of a champion for ‘radical economic transformation’ (RET) that Zuma had used in the latter parts of his term as his claim to political authenticity within the ANC.

The RET faction frames itself as the true champion of the interests of the majority of South Africans, engaged in a battle against ‘white monopoly capital’, of which Ramaphosa and his associates are allegedly stooges.

Magashule’s political ambition is now threatened by charges of corruption.

Ramaphosa drew a line in the sand after the March NEC meeting. Backed by the NEC, he said Magashule was being given 30 days to step aside or face suspension and disciplinary action.

I argue that this represents a tilt in the balance of power in the party, albeit not an irreversible and uncontested gain. The Magashule camp continues to fight back, for now in more muted terms.

These dynamics within the ANC are a core theme in my new book, Precarious Power: Compliance and Discontent under Ramaphosa’s ANC. The analysis shows how the electorally dominant ANC is racked by the existence of discordant camps. It concludes that the party’s hold on political power is precarious, despite it towering over the opposition. The centre holds because of the leaders’ need to keep the party dominant and in command of the state.

A root cause of the stalemate in the party is that Ramaphosa won the party presidency by a slender, opaque margin in 2017. To consolidate his position, he was forced to make uncomfortable compromises. He committed to party unity above all else. The phrase ‘unity is paramount’ became his common refrain.

But this was a Faustian pact with Magashule, who won the powerful position of secretary-general by an even narrower margin than Ramaphosa’s. The position means he effectively runs the organisation. It gives him a big influence over party campaigns and the ability to influence the composition of delegates to elective conferences, and the future leadership of the party.

Precarious Power explores events within the ANC and the country. It traces how and why Ramaphosa was forced to make piecemeal changes rather than pursue a more aggressive agenda to fix the country’s battered economy and stem widespread corruption as well as poor governance. 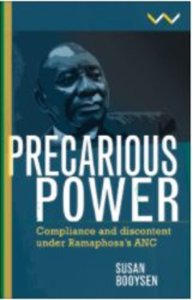 The book sets out how the unity pledge hobbles Ramaphosa’s dual presidency of the party and South Africa. It tracks developments in the ANC factional battles. It shows that the divisive issues were in essence corruption and the capture of the state for private gain – disguised as ideology.

In Ramaphosa’s three years plus at the ANC’s helm, the “radical economic transformation” faction thrived and exploited his weaknesses. These include his wealth and links to big capital, and the dirt within his cleanup faction.

Recent events regarding how to deal with corruption charges illustrate the unity curse that’s beset Ramaphosa since he became party president.

He finally has enough NEC backing to confront those who have attached themselves to Zuma’s legacy of imagined radicalism and a bent towards corruption.

The NEC decisions taken in March are designed to close down the spaces in which the Magashule faction has operated. The NEC decided – among other things – that no ANC member should associate with the “radical economic transformation” faction, and that the party would not tolerate the use of its resources and premises for the faction’s activities.

It’s too early to say whether Ramaphosa has abandoned his quest for unity above all else. But what are the chances that the ANC might split – yet again?

In my book I explore whether we may see a repeat of what happened in 2008 when some senior ANC figures broke away to form the Congress of the People. This was followed by the formation of the Economic Freedom Fighters (EFF) in 2013 by former leaders of the ANC Youth League who had been either expelled or suspended.

I argue that ownership of the ANC political brand remains critical. Thus, there is unlikely to be another split. The alternative is for those unhappy with Ramaphosa, or desperate to escape accountability for corruption, to continue to fight for control of the party from the inside.