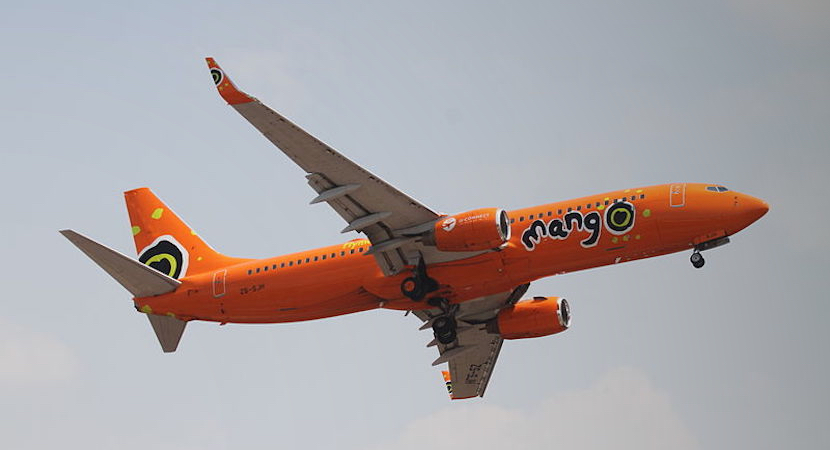 SAA’s low-cost alternative, Mango Airlines, has been making headlines this week as a payment dispute between it and ACSA saw the airline grounded. Mango had reportedly missed payments to the country’s airport regulator. This resulted in Airports Company South Africa barring the airline from taking off or landing at any of the airports it operated. Shortly afterwards, the ban was lifted, with the two parties agreeing to payment terms. Joining the BizNews Power Hour to discuss Mango’s fall from grace is Gidon Novick, the co-founder of Lift.  – Jarryd Neves

It’s an industry in massive change. The pandemic accelerated a lot of the dynamics that were happening pre-Covid – it’s all happening very fast. With regards to Mango, at Lift we’re doing what we can to accommodate their passengers and just help out. It’s been a crazy, crazy time. The other industry is set for a rebirth. There’s just been so much dramatic change going on.

On why Mango is struggling to survive:

There are a few things going on. The one is that there’s a massive step change in the efficiency opportunity, within the airline industry. Those efficiencies are driven by a dramatic drop in the cost of aircraft, driven by Covid. What’s happened in the past three or four decades is that every major cycle – whether it’s the September the 11th or the 2008 financial crisis – has resulted in a huge drop in aircraft values. What we’re seeing now is has never happened before.

We’re looking at about a two thirds drop in the cost of aircraft. That’s quite dramatic, as [aircraft are] obviously the single biggest fixed asset in the business. What that really needs is that you don’t have to take on massive debt in the industry. In fact, we took on none at all. That drives down fixed costs dramatically. It just results in flexibility, which means that we can fly when there’s demand and we don’t have to fly when we think we have to fly because our planes are sitting on the ground. That’s been quite a step change, particularly in an environment where demand is so uncertain – and you have these waves of covid, as well as uncertainty around the future of business travel and tourism.

On SAA, despite copious bailouts, not being able to weather the Covid storm:

That model has become unsustainable, not only in this country, but around the world. National airlines, particularly in Africa, have struggled. Many have gone out of business. It’s time for a rethink of what is the model that works. Countries do like to have representation in the airline industry for various reasons – but the model has got to change. I think this is the start of that model changing.

On innovation as an SOE (state-owned entity), such as SAA:

It’s difficult when you have legacy issues to deal with and when you can’t move quickly. Customers needs have changed dramatically with Covid [and] technology – the more one can leverage off technology, the more one can adapt to those changes. A small example is when we introduced this idea of free changes and cancelations. But you need the technology to support that. We were able to put a system in place where customers can just get credits, very easily, into their account and use them seamlessly. It looks very easy on the outside, but the technology has got to support that. It really does enable us to focus on the rapidly changing customer needs.

On what he would do if in charge of SAA/Mango:

It’s difficult. So much of the legacy has got to be cleared out. I think that’s the starting point. You’ve literally got to start from scratch as much as you can. There’s so much that’s changed. There’s so much legacy that gets built up over the years. There gets a point in, I guess, many business cycles where you’ve actually just got to start again. That becomes the best option in terms of success. Just clean the slate and start again.