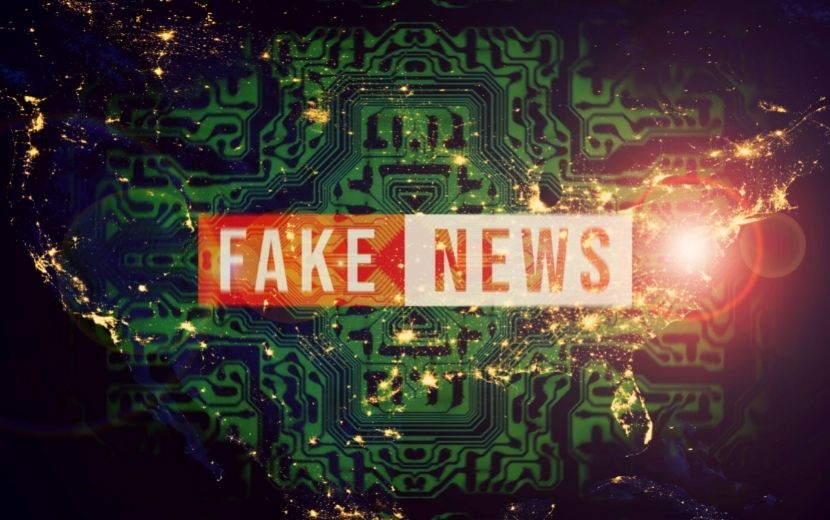 Fake news and misinformation are infiltrating our lives and our homes at a remarkable rate. In this article, Chuck Stephens of the Desmond Tutu Centre for Leadership surveys the degree to which this has happened, stating that ‘“fake news” has become so common that a new career has emerged in “fact-checkers”’. With cover-ups and conspiracies running rampant – it is becoming harder and harder to know which bulletins to believe. Stephens explores this scary reality and reviews Breaking the News – a book by the editor-in-chief of Breitbart News – which ‘rips back the curtain on the inner workings of how the establishment media weaponises information to achieve its political and cultural ends’. – Nadya Swart

Breaking the News – a Must Read

The World Economic Forum has opined that polarisation is adversely affecting the global economy. The middle is not holding and voters are moving apart. We tend to talk about “left and right”, but this could also be Republican and Democrat, Palestinian and Jew, and in Africa the RET faction and conservatives (both tribal and white). Confusingly, it is the reds versus the red-necks.

“Fake news” has become so common that a new career has emerged in “fact-checkers”. Usually these have been associated with the Left, sniffing for “conspiracy theories” generated by the Alt-Right. As if the Left has never contrived a conspiracy theory!

Who can be believed? And the media is no longer neutral or impartial. Media platforms have become editorially biased. It used to be that a newspaper might come out in favour of a certain candidate at election time. This used to be called an “endorsement”.  But not any more. If you want news with a leftist bias, watch CNN or read the Washington Post or the Atlantic. If you prefer an Alt-Right bias, go for Breitbart News, the Epoch Times or Townhall. Newsmen and women no longer hide their bias to report just the facts. It is padded with opinion.

In South Africa, this is becoming more and more pronounced. The response to Chief Justice’s balanced views on Ioving BOTH Israel and Palestine is an example. No one wants balance any more. We want to support Palestine uncritically.

What about the origins of Covid-19? Only an Alt-Right media platform dares to suggest that it originated in a lab, perhaps in Wuhan. Possibly funded by Anthony Fauci, after he was told that it was unsafe to do research like that in the USA. This so-called “conspiracy theory” got entangled with the American elections in 2020. This line of thought was castigated by the Left. Yet now we have Joe Biden ordering a new inquest because the WHO is not impartial and there could be a cover-up. Just like our Seriti Commission. Stay tuned and expect the unexpected.

What about election rigging in the USA. The left calls this the “Big Lie”. Yet more and more court cases in various states are suggesting that there could have been interference. In elections on May 18th 2021, Dominion Voting Systems are back under scrutiny. Pennsylvania county has just voted to investigate voting machines over “errors”. Quite frankly, not only 70 percent of Republicans, but a significant block of Democrats also believe that there was rigging. This will be a big campaign issue in the mid-terms next year.

For us, there is the debate over land reform, the question of whether the Judiciary has been weaponised by one ANC faction against the other, whether we should scrap cadre deployment and have MPs elected in their “ridings”, and whether we need more RET or rather try to get the centre to hold together, etc…

No one is winning these debates, and they are not going away. Speaking personally, I can hardly stand to watch France’s English-news service which comes with my satellite bouquet. It has such a leftist bias that I wince frequently, and occasionally just turn it off. Not because I am a red-neck, either. Rather because I contribute Op-Ed to media platforms, and I know a rampant bias when I see one. As a matter of routine now, I look up Breitbart News once a day, just to see the dark side of the moon. I no longer believe what I read in just the Daily Maverick or even on the BBC, worthwhile as the content might be. You have no choice but to sample both sides and look for a via media between them in your own mind.

Now the editor-in-chief of Breitbart News has just released a book – not of news – but about the news media (although he does throw in a few scoops for spice.) It is called Breaking the News (how the news undermines American democracy). It is published by Simon and Schuster. It contains a first-hand account of how the establishment media became weaponised against Donald Trump and his supporters on behalf of the political Left. It also reveals key details on how real-life information gatekeepers operate. Deeply researched and eye-opening, Breaking the News rips back the curtain on the inner workings of how the establishment media weaponises information to achieve its political and cultural ends.

According to a number of pundits, 2021 could be the year that the Orwellian dystopia of 1984 finally comes true.

Last year a book of mine was published about South Africa. It is called Orania and Azania. It is about polarisation, and tries to insult both blacks and whites equally. It looks at, inter alia, how the news was weaponised by our new elite to keep us sinking deeper and deeper into State Capture. It warns that if this polarisation cannot be reconciled somehow, we could end up with a Two State Solution of our own. Is that where America is headed? Should I write a sequel called Red and Blue – the Two Americas? God forbid that South Africa go the way of India and Pakistan, Sudan and South Sudan, Ireland and England, but polarisation is a near and present danger. It is uncomfortable reading, but anyone who has watched the stellar Zondo Commission knows that some self-introspection can only help to heal the rift that has been tearing us apart. My book is available in either paperback or eBook from Mbokodo Publishers. It is a cautionary tale – an ounce of prevention.