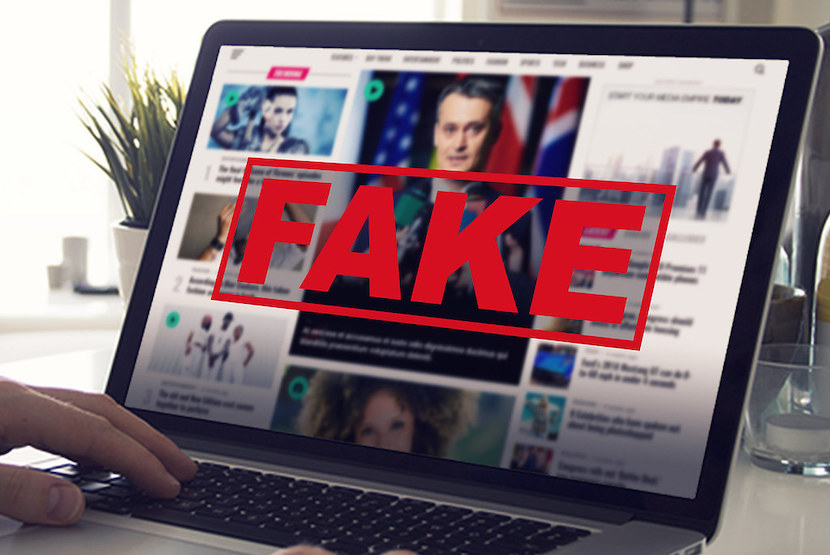 Fake news poses a threat to free societies, distorting perceptions of what is true and false and corroding social and political interactions. So say Terrence Corrigan and Nicholas Lorimer, who have produced a new report by the Institute of Race Relations, entitled Fake News: A New Challenge to Human Rights? Terrence Corrigan spoke to BizNews about some of the fake news narratives in South Africa – including farm murders and President Cyril Ramaphosa’s role in spinning the story internationally. – Jackie Cameron

Terrence Corrigan on the Institute of Race Relations and fake news:

The institute was established in the 1920s, initially to envisage a non-racial society to encourage cross racial amity. Part of our work has always been the collection of high-quality information. Much of what we know about the abuses of apartheid was collected and classified by ourselves. This more so than agitprop or propaganda, was the indictment on the realities of what was happening. It was also important to acknowledge that there were positive changes occurring. For instance, the growth of a nascent middle class in the 1970s.

We have staked our reputation over nearly a century on making sure that the information we put out is accurate, correct and mirrors that reality. Now, fake news is not an inherently new concept. We trace instances of this going back to the Roman Empire, the weaponisation of information to further some sort of ideological goal. What has happened over the last couple of decades has been the growth of cheap consumer digital technology. What at one stage would require a large organisation to put together and to disseminate – like the KGB/AIDS hoax.

The emergence of AIDS in the early 1980s provided the Soviet Union with an opportunity to drive a wedge between the United States and non-aligned developing countries. A report [in an] Indian newspaper claimed this has been a device engineered at a US military facility in Maryland. This was the genesis of the outbreak. Of course, that comes with all sorts of implications but about genocide. It was then picked up by the East German Stasi who assembled nominal experts to comment on it. It has a particular impact on South Africa, in that it was picked up by an ANC intellectual, who published this in the ANC journals.

When he died – I think it was about 1991 – an obituary carried in an ANC sympathetic newspaper, The New Africa, said he had argued convincingly about the true origins of AIDS. In other words, this was obviously something that generated following, [but was] complete nonsense. I think that sort of muddled thinking may have had something to do with President Mbeki’s later AIDS policy – certainly many of the kind of ideological tropes, the rapacious greed of pharmaceutical companies and stigmatising a black African sexuality and that sort of thing – there’s a very strong concurrence.

On the dangers of fake news:

This report was put together with the intention of highlighting the dangers that fake news poses to free society. Freedom always uses the balance that one has the right to make the wrong choice. While we would be very reluctant to endorse silencing people, even when they’re talking nonsense, it’s important to understand that there is such a thing as right and wrong and true and false. The scientific principle of a bit of information. Something can be answered with an unambiguous yes or no.

We look at three contemporary case studies. One of them is the Covid situation – the idea that it’s linked to 5G technology [and] that it was a bioweapon. Sometimes disentangling these stories is more difficult than one may expect. There has been some speculation about the possibility that the Wuhan lab was working with viruses and perhaps something escaped. I don’t think that is impossible. Our plea here is to ensure that before that becomes a basis of belief or action, [that] the plausibility and the evidence behind it is properly assessed.

Farm murders have come to occupy a particular place in South Africa’s discourse. For fringe elements on the right and the left – or white and black nationalism – they’ve come to signify more than more than crime. For instance, the idea that this presages a genocide, the obsession of some parts of the extreme right wing – every time an act of this sort of violence happens, it becomes something to confirm that, particularly among people who are receptive to that. On the other side, I’ve dealt with the progression of journalists and activists who will swear there is no problem. This is all just fear mongering of people we shouldn’t listen to.

The reason for that, I think, is also because of a narrative that this would challenge the idea that white people cannot be victims. It disrupts the sort of a race nationalist and an ideological narrative of its own. The reality is, of course, somewhere in between. Not not all farm murders involve white victims. According to the Transvaal Agricultural Union, about 10% of victims are actually farm workers. I think that there is adequate evidence that farmers in South Africa do face an outsize threat. Exactly what motivates it is something that remains somewhat unclear. Once again, this is something that needs to be investigated. There was a report published about 20 years ago which had crime and robbery as about 92%-93% of motivation. Labour disputes were, I think, at about 2%-3% and political racial issues about 4%. Those are very rough numbers.

The point is that one often has people on the extremes, trying to present this as though those racial issues or those labour disputes – depending on whether your orientation is pro or anti-farmer – as being the being the dominant reason. Just a couple of months ago, the minister of police made a big issue of a bad labour relations. Apparently there’s a very abusive farmer in northern KwaZulu-Natal and I challenged him. Does he have some of the information that he’s not releasing? Because otherwise, what he’s doing is reckless. This may account, in certain instances, for some motivation. But to try and present this as as the narrative is unconscionable.

In fact, I can name one case where a farmer actually was killed by one of his workers, who literally broke down in court with regret, saying how sorry he was to to have harmed this man who had been almost a second father to him. Something that the judge, who himself was black, actually noted. Question is, are we actually willing to look at the evidence or have we made up our minds? We simply look for confirmation bias and we can’t find it. We then invent these things.

On the media’s responsibility in fake news:

We have a situation where collecting news in the old-fashioned “boots on the ground” way is expensive. There’s been a ‘juniorisation’ of newsrooms. But also, a lot of news outlets follow social media. 10-15 years ago, you wouldn’t have a social media editor in your organisation. We have people whose job now appears to be to watch Twitter and to look for the next manufactured outrage. I seem to remember hearing only about 5% of South Africans are on Twitter. This is the beating heart of South Africa. I do think that there’s also a craving for sensationalism and I think that many journalists do perhaps allow their own predispositions to get in the way [and are] not as critical as they might be when covering issues that have an emotional purchase with them.