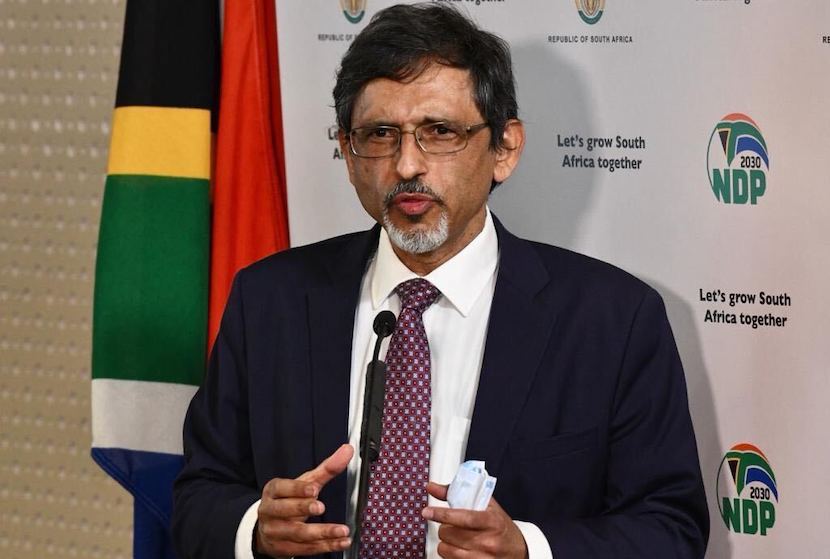 Even before the emergence of Covid-19, the SA economy was in dire straits. The arrival of the virus (and the resultant lockdowns) crippled an already weakened fiscus. The result? Millions of jobs lost, with industries still reeling from the economic turbulence that rocked most of 2020. Many small businesses closed their doors for good, while important economic sectors like the tourism and alcohol industry still suffer. Of course, there’s only so much you can blame on Covid-19. As John Kane-Berman notes, the unemployment figure was above 10 million at the end of 2019 – before Covid struck. Minister of trade, industry and competition Ebrahim Patel has said that the country desperately needs more jobs, mentioning “inclusive growth” numerous times. As Kane-Berman notes, no mention is made of how this inclusion will actually extend to the millions of South Africans out there, who sit without jobs. – Jarryd Neves

“Inclusive growth”? With these policies?

In his recent budget-vote speech, Ebrahim Patel, minister of trade, industry and competition, said that the Covid-19 pandemic had “deeply scarred” the South African economy. There had been job losses for lower-paid workers and severe damage had been caused to many businesses. “More than ten million South Africans willing to work are unemployed.”

Yes, indeed. More than ten million people are unemployed. At the end of last year the figure was actually above eleven million. The total had in fact reached above ten million at the end of 2019, before the pandemic struck. Whatever damage Covid-19 has inflicted on the economy is insignificant compared to the damage inflicted by the African National Congress (ANC) and its communist and trade-union allies.

Between 1994 and 2019, unemployment on the official definition rose from 1.99 million to 6.66 million. On the expanded definition, which includes discouraged workers, it rose from 3.67 million to 10.23 million. This after a quarter of a century of rule by a party that promised a “better life for all”.

These increases in unemployment show that the ANC and its allies have managed to do more damage to the South African economy than was done by decades of apartheid and, in later years, by international economic sanctions. This is a spectacular achievement, staggering in its cruelty and injustice.

Economic growth has not been “jobless”, as is sometimes claimed. The problem is that employment growth lags growth of the workforce. Between 2001 and 2019, the workforce – the “economically active population” – grew by 39%. Employment grew by only 31%. As a result, unemployment on the official definition rose by 63%, and on the expanded definition by 55%. The number of discouraged workers rose by 59%.

Employment growth lagged that of the workforce because the labour absorption capacity of the economy shrank by 7.4%.

Every week The Economist publishes unemployment figures for 42 countries. The issue of 8th May cites South Africa’s official unemployment rate of 32.5%. This is double the second worst rate, which is that of Greece at 15.8%. Most countries are in single digits.

Mr Patel acknowledges that South Africa “desperately needs more jobs”. He stresses the need to “address the reality that so many South Africans, particularly women and youth, are left out of the mainstream economy”. Growth must therefore be “stepped up” above the 3% forecast for this year.

Mr Patel indeed mentions “inclusive growth” and/or “economic inclusion” eight times. But there is little in his speech to show how “inclusion” will extend to the jobless millions, whether women, youth, or anyone else.

Whereas Cyril Ramaphosa has on several occasions promised to improve South Africa’s rating for “ease of doing business”, his trade and industry minister managed just one sentence on this issue: “We will implement steps to boost state capacity and agility, improve the ease of doing business, and cut bureaucracy and red tape, replacing them with smarter regulation.” This in an eight-page speech that managed to devote a page and a half to “climate change”.

For Mr Patel, economic inclusion means not more jobs for the unemployed, but “deeper transformation”. This includes “giving a real voice to workers” through share ownership and representation on company boards, and so opening a “new frontier of economic empowerment”. More powers for people with jobs will do nothing to reduce unemployment. Nor will Mr Patel’s plans to tackle “the gross injustice of excessive director pay”.

“Climate change,” says Mr Patel, “represents a very real and grave threat to our future economic prospects.” Apart from stepping up efforts to build full electric vehicles for export markets, South Africa will expand the present 200 charging points for electric vehicles in this country, expand its efforts on “green industrialisation and the just transition”, and look for opportunities in the “green hydrogen economy”.

The state, says Mr Patel, “will need to integrate its own work and that of the private sector and labour into a more compelling growth and transformation story”.

Mr Patel recognises the need for faster economic growth. Although he pays brief lip service to the need to boost state capacity, improve ease of doing business, cut bureaucracy and red tape, and replace them with “smarter regulation”, his ambitions and his instincts and his ideology involve the opposite.

Mr Patel and his predecessors, with their love of planning and control, are not the only ones to blame for the fact that so many South Africans are jobless. Education ministers have ensured that schooling and vocational training fail to equip youngsters for the job market. Unthinking labour ministers, dating back to Tito Mboweni, have rigged the labour market against employers.

Mining ministers play around with that industry, as if it’s some kind of personal toy. Money gets poured into South African Airways and other bottomless pits. Threats to expropriate property without compensation are thrown around like confetti. Investment treaties are repudiated. And then there are cadre deployment, corruption, racial quotas, Eskom, corruption, the never-ending infatuation with Cuba – the list goes on.

Mr Patel merely confirms that Mr Ramaphosa’s ANC intends more of the same. More power to party and state and more cruelty – inhumanity – towards the jobless.

The ANC should instead heed what Barack Obama said at Georgetown University in 2015: “The free market is the greatest producer of wealth in history – it has lifted billions of people out of poverty.”