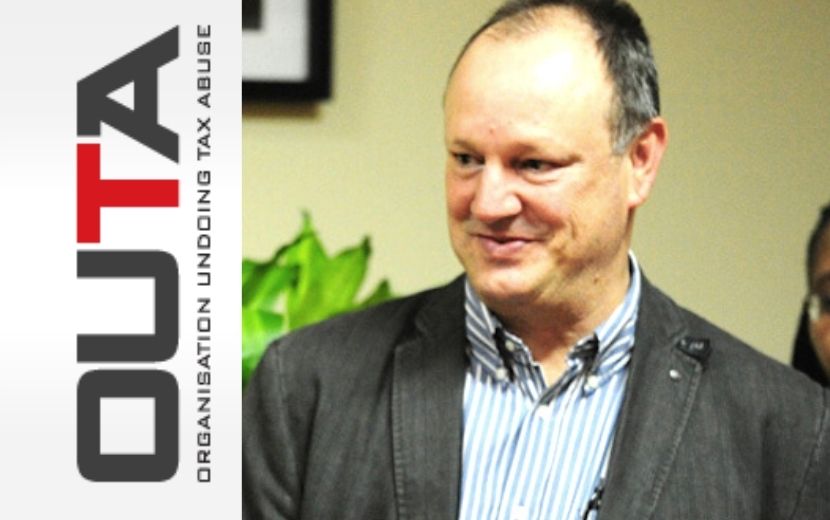 Last week, Gauteng Member of the Executive Council for Transport Jacob Mamabolo announced that South Africa is planning to scrap electronic road tolls in the nation’s main commercial hub. State-owned Sanral has faced resistance to e-tolls from motorists since their inception in 2013. Outa – the Organisation Undoing Tax Abuse – has actively been a part of this resistance and assisted citizens with the repercussions of their refusal to pay e-tolls. Outa’s civic-activist CEO, Wayne Duvenage, joined the BizNews Power Hour to discuss the ‘imminent’ victory. – Nadya Swart

Wayne Duvenage on the catalyst for starting Outa:

Well, in those days, it was a business issue in my role at Avis. This scheme would heavily impact on the way we operate and the way we bill. In fact, we had to change our whole billing process. We had a live billing process and we had to bill a day later now – 24 hours. I mean, once people fly out of the country… You can’t get money. You’ve got to bill them while they’re there with their credit card – especially international tourists. And it just frustrated us that government didn’t do anything, so I was angry from a business point of view.

They had managed to convince the whole industry that this was a fight that had to happen – and we started and once you start these fights, you can’t pull out. And it became far bigger than I initially envisaged, and we had to stick to our guns. Then government leaned heavily on business. They capitulated, and we were left with the decision; do we just close this down? By then we’d learned so much more about this scheme; why it was wrong, what it was going to fail, and why we had to try and convince – initially – government to change their minds. And if not, we had to convince society that this was their fight and they had to become civilly disobedient.

Now, to start a civil disobedience campaign in a new democracy… And we know that civil disobedience was the order of the day and you have to break bad laws through civil disobedience like the past laws in the past – and it can be done. But you have to compel and give society the moral courage that is required to do that – and that’s not a half day job. I was going to board meetings and the corporate world and the media were phoning; ‘Sanral just put out a media statement – we need your response’ and I’d say; ‘I’ll get you back to you tonight’ and they’d be saying; ‘No, we’re closing – we’re going to print at four o’clock’. It was just a mess. And I’d been doing my role at Avis for five years as the chief executive, done some really exciting stuff in the sustainability and service excellence space.

But I needed a change. So I guess it was a timing issue. It was time to do something different. This required full time attention. I didn’t know where it was going to go. I sat down with my boss. We negotiated a little bit of an exit package. And I said, if, you know, government should come to its senses in six months to a year – then I’ll get back into the corporate world. And well, that never happened and this thing became far bigger than I thought. And looking back nine years, it’s been an incredible journey of really close shaves of having to close down almost three or four times, of getting the funding model right and just showing the public they have power and they have strength and they’ve used it well and we’ve brought the scheme to its knees.

Well, until they are formally scrapped… look, it’s not in his position to make that announcement – it’s got to come from the [Transport] Minister and cabinet. But what he said; he’s let the cat out of the bag. He mentioned the ministers. He’s close to them. He understands what’s going on. And when asked the question, his response was [that] they are being scrapped. So, we’ve got to take that as the gospel. Well, not the gospel – but that they are being scrapped in the background. The gospel comes from the Minister himself. And now, for the Minister to backtrack and say; ‘No, we are still deciding and we’re deliberating and looking at the permutations’…

You see when you read their media statements, you say; ‘How is this possible that you’ve been telling us you’ve missed all your deadlines, that the decision is imminent?’ In other words, the announcement is imminent. When you say the announcement is imminent, you’ve gone through all the deliberations. You’ve got your solution. Then the MEC says [that] the decision has been made, it’s been scrapped… For them to now sort of give him a hard time on that and to say that the scheme is not scrapped and they’re still going to make a decision on it… It’s just a mess. Yeah, but I think we know that the decision to scrap [e-tolls] is made.

Wayne Duvenage on Outa breaking ground and giving encouragement to others:

We are afraid as a citizen, especially the middle class, to go on protests, to go on civil disobedience drives. But what we are learning and what citizens are realising is that they have power and they must use it. And if you use it constructively and in a way that – legally – you tick boxes – that’s what’s happening in local government space, where we’re also playing a big role in enabling organised civil society to take on local governments and to take back the power of running those municipalities unless those municipalities work for their citizens.

So this e-toll matter has been an incredibly good learning journey and the people now realise that they can stand up to government, they can stand up to irrational laws, they can stand up to abuse of power – and win. And this is a big win for society. But we don’t want to try and push the cork back into the champagne bottle, so we will always wait for the formal announcements. But once that’s made.. But we’ve always said to people who say that e-tolls are still here that; ‘It’s not really here, it isn’t – it’s failed. The people have already made the decision for government. It’s not working. If you think it’s there, it’s as if you’re on the dance floor all on your own; the music’s playing, the lights are on – but there’s nobody there. Nothing’s happening’.