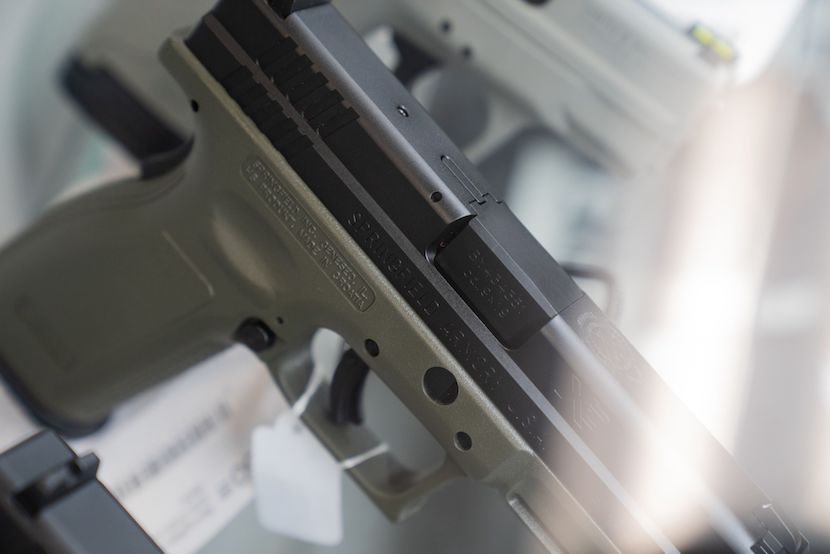 The South African government has recently announced an intention to propose laws that would effectively prevent firearm ownership for the purpose of self-defence. Recently, firearm campaigner Gideon Joubert joined the BizNews Power Hour (listen below) to explain why this is a harmful idea. “In this bizarre sort of ambiance of increasing violent crime and a complete dysfunctional police organ, that the government now proposes to remove, from citizens, the ability to defend themselves with firearms legally.” Below, journalist Marius Roodt writes that South Africa can barely perform the most basic of functions (like water or refuse removal) yet want to take away “the right of citizens to defend themselves, when the police are often failing in this duty.” Roodt notes that many South Africans have either outsourced or taken their security into their own hands, due to a lack of faith in the South African Police Service. Add to that the statistics which show South Africa is the 9th most dangerous country in the world (when it comes to murder) and government’s desire to restrict firearm ownership becomes perplexing. – Jarryd Neves

The news that newly proposed firearms legislation would no longer recognise self-defence as a valid reason to own a firearm, has been met with anger, despair, and disbelief. And not only by those who own a gun.

It boggles the mind that in a country where the state is failing to perform basic functions, such as providing water or removing refuse, it now wants to take away the right of citizens to defend themselves, when the police are often failing in this duty.

South Africans from all walks of life have to a large degree outsourced their policing needs to others, whether it be to private security firms (when these can be afforded) or, more tragically, to vigilante mobs in communities who are fed up with crime and insecurity, leading to the lynching of suspected criminals.

South Africa is also widely acknowledged as one of the most dangerous countries in the world, which makes the idea of removing the right of South Africans to own guns all the more strange.

But a key issue in South Africa is that the police themselves are often heavily involved in – often very serious – criminal activity.

For a number of years, the Institute of Race Relations (IRR) has devoted considerable attention to this in its Broken Blue Line project, which has yielded three research reports between 2011 and 2018 (available here, here, and here).

The reports showed that many members of the police, sometimes in very senior positions, were involved in serious crime, such as murder, rape, gunrunning, and drug smuggling. For example, Chris Prinsloo, a policeman serving in Vereeniging in Gauteng, was convicted of providing guns, which had been handed in to the police for destruction, to gangs active on the Cape Flats. It was estimated that he had provided weapons worth about R9 million to criminals. He was convicted, and sentenced to 18 years in prison but only served four.

This is but one example from thousands of incidents over the past decade. And what struck IRR researchers was how easy it was to find media reports of police involvement in criminal activity. The reverse should be true, as we noted in our various Broken Blue Line reports – the police should be counted on not to engage in criminal activity at all.

All three reports come to similar conclusions. For example, police criminality does not relate simply to corruption; there is a pattern of behaviour of police officers planning and perpetrating violent crimes. Furthermore, low conviction rates of implicated officers suggest that the police do not take the problem seriously and that the policies in place to deal with it are ineffective. As long as the police carry some responsibility for investigating crimes their members allegedly commit it is unlikely that such investigations will be successful or that reported data will come anywhere near to representing the full extent of the problem.

Just in the last financial year, for example, over 4 000 police officers were implicated in over 5 000 incidents ranging from torture to murder, rape, and corruption. And these are just incidents within the South African Police Service. It does not include misconduct by those serving in the various metropolitan police departments.

When my senior colleague, Frans Cronje, met then national police commissioner General Riah Phiyega to discuss the findings of the reports, she and her senior colleagues, he recalls, showed no real interest at all in addressing the problem and were more concerned at finding ways to spin it in the media and cover it up.

Of course, it must also be remembered that there are many men and women in the national police service and the various metropolitan police departments who serve with dedication and commitment, and with limited resources. However, the actions of their criminal colleagues tarnish their good names as well as the reputation of the various police services and departments in which they serve.

Quite apart from the high levels of criminality in the police, South Africa is one of the most dangerous countries in the world, making the moves to disarm citizens quite bizarre.

Four South African cities (Cape Town, Nelson Mandela Bay, Johannesburg, and eThekwini) are ranked among the fifty most dangerous cities in the world (ranked by murder rate). And those four cities are the only ones in the top 50 that are not in the Americas.

In addition, South Africa (once again ranked by murder rate) is the ninth most dangerous country in the world. Among countries with populations greater than 10 million, it is the world’s second most dangerous. Of countries with populations higher than 10 million, the only place that is more dangerous than South Africa is Venezuela, which is effectively a failed state.

At the same time, the murder rate in South Africa has been increasing steadily over the past decade, a further reflection of how the police are losing control of crime, a symptom of the flailing South African state, which is increasingly unable to fulfil its most basic duties, policing being just one of them.

It is clear that the police are incapable of acting as the thin blue line between law-abiding citizens and dangerous criminals.

And this becomes even clearer when we look at the declining levels of trust that South Africans have in the police.

And this makes the need to stand against the provisions of the new proposed firearms law even more important. For many people, the thin blue line simply does not exist, and taking away the right of people to protect themselves is an example of egregious abuse of citizens by the state. As the state has shown that it cannot protect citizens, South Africans cannot allow the state to take away their right to protect themselves. You can support the IRR’s campaign against this misconceived firearm legislation here.