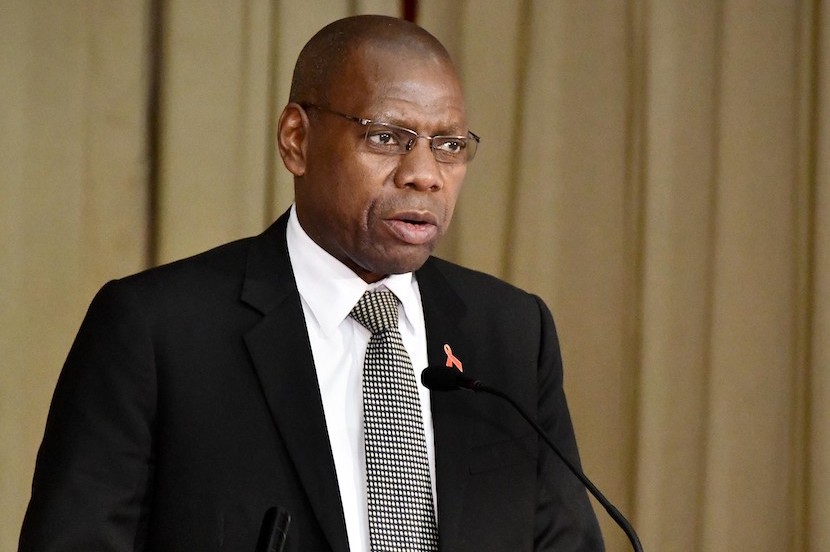 Once praised for his approach to the Covid-19 pandemic in South Africa, Minister Zweli Mkhize now faces allegations of corruption, in a scandal that has rocked his reputation. Mkhize, who is also a medical doctor, has been under scrutiny after the SA Health Department gave a R150m contract to Digital Vibes. The company is run by two of the Minister’s former aides. Once seen as a potential successor to President Cyril Ramaphosa, Mkhize is now considering resignation, according to those close to the matter. Ramaphosa has reportedly discussed three options with Mkhize – step aside (temporarily) as the investigation continues, be moved out of cabinet “in a reshuffle” or quit. Formerly in charge of health in the Gauteng provincial government, Gwen Ramokgopa is “a favorite to succeed Mkhize as minister”, says Bloomberg. – Jarryd Neves

(Bloomberg) – South African Health Minister Zweli Mkhize is considering resigning over an investigation into a tendering scandal, according to two people familiar with the matter.

President Cyril Ramaphosa discussed with Mkhize three options, including that he be moved out of cabinet in a reshuffle or that he voluntarily step aside temporarily while the probe continues, said one of the people who asked not to be identified because they’re not authorized to speak about the matter. The third option is that Mkhize quit, the person said.

The departure of Mkhize, whose name has been mentioned as a potential successor to Ramaphosa, would leave the president with two crucial vacancies in his cabinet, the other being that of minister in the presidency. There has been speculation for the past year that a cabinet change is imminent. Ramaphosa said Thursday he would make an announcement only when he sees fit.

Gwen Ramokgopa, who was formerly in charge of health in the Gauteng provincial government, is a favourite to succeed Mkhize as minister, the people said. An ally of Ramaphosa, Ramokgopa was last month elected to the ruling party’s National Working Committee.

Mkhize has been under scrutiny after the Health Department awarded a R150m ($11m) contract to Digital Vibes, a company controlled by two of Mkhize’s former aides, to help communicate the government’s response to the coronavirus pandemic. The money was largely wasted and proper procurement processes weren’t followed, news website Daily Maverick reported.

South Africa’s Special Investigative Unit was appointed to probe the matter, and on May 26 Mkhize told reporters the deal was irregular and disciplinary action would be taken against those responsible. While describing public outrage as “justified,” he denied playing any role in the contract award or that he was friends with the people working there.

The SIU plans to complete its investigation this month, state broadcaster SABC reported Thursday. The Health Department is cooperating with the SIU on the probe, Director-General Sandile Buthelezi told lawmakers on Friday.

Mkhize, 65, is a political heavyweight in South Africa; he served as treasurer-general of the ruling African National Congress prior to becoming health minister and ran for the party leadership in 2017, a contest that was won by Ramaphosa.

A medical doctor, he has spearheaded the nation’s coronavirus response and initially won widespread praise for his sombre approach toward tackling the pandemic. He contracted Covid-19 as he crisscrossed the country to assess the state of the health system and made scores of public appearances to educate the public about the disease.

His star waned somewhat as infections skyrocketed – the country has had more than 1.6 million confirmed cases so far. The government was also slow off the mark to begin administering vaccines, in part because of protracted wrangling with suppliers over contractual terms.

– With assistance from S’thembile Cele and Mike Cohen.