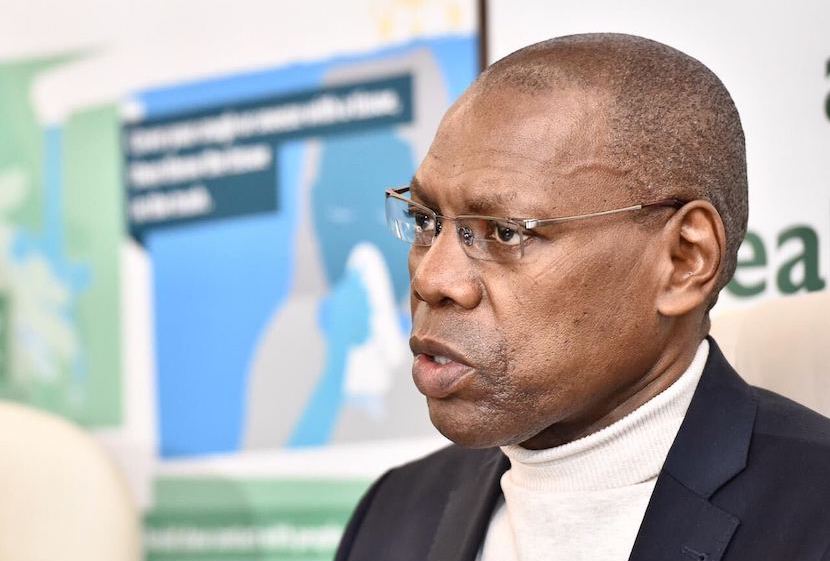 Zweli Mkhize and his once-revered reputation as the Minister of Health and ‘one of the good guys’ in the ANC has been rocked by a scandal involving a R150m contract awarded  to Digital Vibes by the SA Health Department. Bloomberg reported last week that Mkhize is now considering resignation and that President Cyril Ramaphosa has discussed three options with him; that he be moved out of cabinet in a reshuffle, that he voluntarily step aside temporarily while the probe continues or that he resigns as Health Minister. William Saunderson-Meyer, the editor of Medical Brief, spoke to BizNews founder Alec Hogg about Mkhize’s precarious position, providing his perspective on what may have happened and the options which President Ramaphosa has reportedly provided him with. – Nadya Swart

William Saunderson-Meyer’s perspective on the the latest news about Zweli Mkhize:

To quote one of the favourite phrases of our President, ‘I was absolutely shocked that Zweli would be implicated in any way in this.’ And it’s clear that he is implicated. First, the background [of] why I’m surprised; in ANC terms of corruption, R150 million is hardly worth getting out of bed for. And his share of it is really penny ante. We’re looking at R160,000 for a second-hand Land Cruiser and some minor repairs to a home owned by his foundation.

But the issue really isn’t the amounts, and I think it’s very important – when we deal with corruption in South Africa – that we don’t judge it on terms of the amount stolen. We’ve become so accustomed to these enormous amounts that did the rounds during the Gupta years that R150 million seems nothing. But of course, it goes directly to his credibility as minister. And I just don’t see how at the time of covid – where you have an absolute need for a respected health minister, both in local and international terms – how he can survive.

On which of Ramaphosa’s options he thinks Zweli Mkhize will take:

Well, I would imagine that what Ramaphosa would like – given that Mkhize is one of his trusted lieutenants and one of his supporters – [is] that he would be reshuffled to another position in the cabinet. I don’t really understand the difference between [options] two and three. Step aside? Well, he has, in a sense, stepped aside in that he has avoided speaking in parliament on health matters. But it’s very clear the way he’s been speaking that they are seeing this [as] entirely within legal terms.

They say; ‘Well, has he done something that is criminally wrong?’ That’s not the issue. They may or may not be able to prove that he solicited this money. Maybe this money was just put into his account. But the fact is he’s implicated in moral and ethical terms and on that basis, he should resign.

On how the R150m contract with Digital Vibes came about:

I’m not absolutely clear how it happened. It certainly didn’t seem to go through the normal tender processes. Unusually, Mkhize signed the appointment of Digital Vibes. Now, normally – you can’t have it both ways. On one hand he’s saying; ‘My job as captain of the health ship is just to stand on the bridge and plot a course and point the ship in the right direction.’ On the other hand, he’s signing specific contracts. That’s very, very unusual. You cannot have it both ways.

If he signed that contract, how come he didn’t read it? And I mean, it seems so unlikely. It stretches all credulity that a minister couldn’t pretend that he sees people that were in his office a month ago suddenly providing very expensive services to the health ministry, and he doesn’t think that there’s something wrong. I mean, could be credibly be so naive, stupid? It seems unlikely. He’s a bright man. It seems so unlikely.

On whether Mkhize’s championing of the National Health Insurance may have played a role in the leaking of documents:

I don’t know if it’s related to the NHI bill. Mkhize has championed it. I’ve just this week been looking at the submissions being made to the committee and everyone agrees that we certainly do need universal health care. But whether the NHI bill, as it stands now, is the way of doing it – by excluding the private health providers as a way of doing it – is really very questionable, I think. But I think you might be onto something. Ramaphosa presides over a divided cabinet. It retains many remnants of the Zuma years. In fact, it might be an act of sabotage.

It might be an act of sabotage against a trusted lieutenant by the forces that are slowly being sidelined in Ramaphosa’s cabinet – in which case certainly a cabinet reshuffle, option one, would appeal to Ramaphosa. It would give him an opportunity to keep Mkhize in a prominent position, in a powerful position, in a supporting position. But [he would] get to get rid of some of the other rubbish that’s sitting in his cabinet. He’s been sitting on the cabinet, which is tainted, corrupt, implicated in all kinds of nasty things, and now maybe he will have the courage to do something about it.

On this potentially being the end of the line for Zweli Mkhize – a very powerful ally of Ramaphosa:

It seems inconceivable to me that Mkhize or Ramaphosa would lose his undoubted talents. He’s not a Magashule, who is barely competent, or a Gwede Mantashe, who sometimes doesn’t know which side of the bed he’s woken up on. So, I really don’t think [so]. As you say, in terms of the ANC – he’s barely out of the youth league.

On how he sees the Ramaphosa presidency coming back from this significant knock:

I think we must be careful not to overstate the fact that this is a government that has been incredibly resilient. It has handled incredible setbacks in terms of corruption, in terms of incompetence. This is a pebble in the road. It’s not a major boulder. It’s not going to push the ANC vehicle off the road and down the cliff. It’s far more likely that it will just keep driving it until we hit the cliff face. I don’t think it’s going to just derail Ramaphosa’s efforts at all.