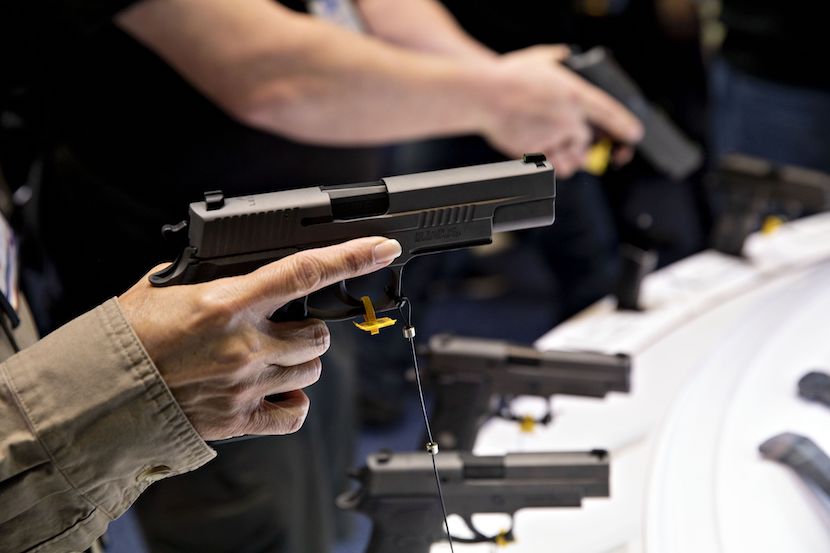 The Institute for Race Relations has said that the proposed Firearms Control Act in South Africa is going to make things even worse for women, who are targeted individuals for violent crimes in SA. BizNews founder Alec Hogg spoke to Kanthan Pillay, who founded the Capitalist Party in South Africa. One of the party principles was the use of firearms for self-defence, with a policy on training young women to use firearms. Pillay weighs in on the matter. – Jarryd Neves

Essentially, what the Minister of Police has done is [manufactured] an emergency. It’s a classic play by governments around the world. The way in which you manufacture an emergency, in this case, is you end up not paying the service providers that are essential for actually processing forensic evidence – it’s called the PCM system. Right now we have this absurd situation where there are more than six million pieces of forensic evidence connected to, I think, something like 180,000 criminal cases that are sitting there unprocessed.

That’s the first emergency that the Minister of Police creates. The second emergency is they have their own firearm permit system, called FPS. It’s meant to actually track where firearms are. The SAPS has failed to maintain that. So, we have a situation where in Gauteng alone, there’s something like 84,000 SAPS firearms which have been lost or stolen.

On where the missing firearms go:

In terms of the other numbers we’re talking about, since June last year – the figures that most of the gun lobby groups have been tracking and they’ve got data to actually back this up – there’s something like 500,000 unaccounted firearms in this country. The level of incompetence that we have is unreal.

You have well-meaning groups like Gun Free South Africa who say, “let’s organise an arms collection, let’s organise amnesty.” The firearms get collected and guess what happens? Within the police ranks, they vanish. There’s no track and tracing that takes place. Those end up on the streets and end up being used by criminals. While people who are using firearms for self-defence, end up not being able to go through the legal process of obtaining firearms.

On training people to use firearms:

We were essentially proposing that primarily schoolgirls should be taught the safe use of firearms. The idea behind teaching is not to provide them with guns, but to actually up-skill them – so that when they become responsible adults, they are able to safely acquire and carry firearms for self-protection. This ties in with gender-based violence and the incredibly high levels of criminality that we have in our country.

I personally think that we need to take this one step further. The solution that we need to be looking at is not to scale back on the use of firearms. We really need to go full blown Swiss army route – which is to train every single South African in the use of firearms. That pretty much, in terms of the Swiss Canton system, where there’s a high level of autonomy and every Swiss home pretty much has guns. But it is one of the countries that has the lowest rates of violence in the world.

On the potential effects of the proposed legislation, if passed:

I know there’s been a lot of alarmist stuff that says they’re going to come and confiscate your firearms, but the process of actually acquiring a legal firearm is going to be significantly more difficult. The economic impact, I think, is going to be huge. Hunting and sports shooting provides a significant uptick in terms of our economy. It is going to affect the sports fraternity. It is going to affect the ability of tourists coming into this country to hunt, which is a significant source of revenue for us. If people are contributing to our country’s overall prosperity by spending their dollars here, that’s great. But from the point of view of individual gun owners, it’s going to become a lot more difficult for you to suddenly have someone going out to acquire a firearm for their personal protection.

On what this would mean for women, who are already a target for violence in South Africa:

It’s making it significantly harder for a young girl to get through the starting gates in order to get trained in the use of firearms. We have the process right now where firstly, the licensing applies to the firearm rather than the person. I’m suggesting – and a lot of other people have suggested this as well – it should be like a driver’s license, where you become competent in the use of the piece of equipment and then go through the process of acquiring it.

This act is now suggesting that your firearm license is only valid for five years. It makes absolutely no sense because if you’re a responsible gun owner and they know exactly where the firearm is, what is the issue? You don’t suddenly need to take your car for a roadworthy and relicensing every five years. You simply pay your fee every year and everything’s fine.

At that level, the IRR is absolutely correct. It’s making it far more difficult. The process becomes onerous. The problem with that, when you consider just how inefficient our public service is, you have the net impact of immediately making criminals out of people whose firearm licenses don’t get processed in time.