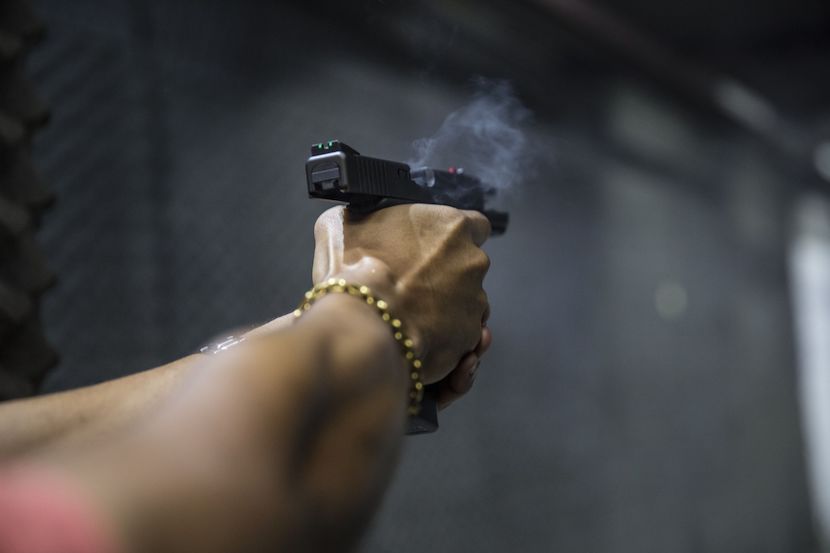 When the South African government announced a proposed law that would effectively ban gun ownership for self-defence, myriad South African’s flew into a justified fit of rage. It’s no secret that SA has a notoriously high crime rate, with murder and hijackings sadly becoming a part of our society’s fabric. In May this year, firearm activist Gideon Joubert joined the BizNews power Hour to discuss the proposed bill. “The trio of violent interpersonal crimes have been increasing year on year. Yet, it’s in this bizarre sort of ambiance of increasing violent crime and a completely dysfunctional police organ, that the government now proposes to remove, from citizens, the ability to defend themselves with firearms legally,” said Joubert. Himself a victim of violent crime, he – along with numerous South Africans – are utterly perplexed by government’s desire to limit gun ownership. The IRR (Institute of Race Relations) also said that the ban on firearms for self-defence would make things worse for women in South Africa who, daily, face abuse and gender-based violence. Below, Nicholas Lorimer looks at whether private firearm ownership has a connection to a higher murder rate and whether more relaxed gun laws result in women being harmed or killed by their partners. – Jarryd Neves

Proposed changes in the Firearms Control Amendment Bill have ignited fierce public debate on the implications for legal gun-ownership in South Africa.

The draft legislation will tighten almost all aspects of legal ownership, including the number of guns an individual can own and, most controversially, will remove ‘self-defence’ as a reason to apply for a firearm, leaving hunting and sport as the only reasons for an ordinary person to purchase a firearm.

At stake is a debate over life and death, over the right to protect oneself. It is therefore no surprise that the draft legislation has received passionate responses both for and against.

Gun control group Gun Free SA (GFSA) said: ‘All of us living in SA are grappling with ways to protect ourselves, our family, friends, colleagues and wider community from violent crime. The best way to do this is to use available evidence to make the most informed decision. The available evidence shows that reducing access to firearms helps make our homes, communities and country safer.’

In agreeing on the significance of evidence as a basis for decision-making, Gun Owners SA has a different view on what the evidence shows. It has described the legislation as a ‘train smash’, one of the tamer descriptions of the bill by pro-gun groups. Indeed, many pro-gun groups and political parties have called on citizens to make their voices heard and are circulating petitions that have already gathered, summing across groups, an estimated 100 000 signatures or more.

What should we make of all this?

Well, I will say upfront that I and the Institution of Race Relations (IRR) for whom I work are opposed to this legislation and are running a campaign to inform South Africans about the potential negative consequences of passing it. We have enjoined over 20 000 signatories to this campaign. We have arrived at this position by taking Gun Free SA’s advice, and using the available evidence to inform our decision.

So, let’s review some of that evidence.

Two of the most significant arguments put forward by gun-control groups like GFSA are that 1) private firearm ownership is correlated with a higher murder rate, and 2) that relaxed gun laws result in more women being murdered by their intimate partners.

The first claim depends on which timeline you look at. GFSA likes to point to the years 2000-2010, which saw the passing of the Firearms Control Act of 2000. During this period murder dropped continuously, as did the percentages of those murders committed with firearms. So there it is; guns bad, case closed. Right?

Well, no. Look before 2000 and you see a decline in murder rates that begins long before changes to firearms legislation, and where firearm freedom, rather than control, increased. This was a period when it was probably easiest for black South Africans to obtain a gun licence then at any time in our nation’s history. So murders decrease precipitously from 1995 to 2004, and then the numbers keep dropping at a slower rate. The Firearms Control Act was only enforced from 2004, just the point at which the rapid drop starts to bottom out. Then, from around 2010 when gun control is at its highest in a generation, murders start to rise again, a trend that has, tragically, not ended.

Gun-control proponents suggest that ‘poor planning’ and implementation led to the rise. But this raises the question: what has changed in state capacity that would make anyone think gun control could be more easily enforced now, when forensics have ground to a halt, then in 2010? And, second, the number of privately owned firearms (according to shaky police data) has decreased significantly since the late 1990s, with the number of individually owned firearms dropping from around 3.5 million in 1999 to less than 2.9 million by 2014. So why did violence and gun crime go up again when there were fewer private guns? And how on earth can GFSA pretend that ‘evidence’ shows fewer guns correlates with fewer murders when SAPS data show the opposite?

Looking internationally at firearms prevalence, one thing becomes clear; there are few correlations between number of firearms legally owned and violence. Some countries have many guns, like Switzerland, and yet have low crime, while other countries have very few guns, like Japan, and also have low crime. The same is true on the high-crime end of the international spectrum. We should consider the idea that crime is driven by far more than one of the tools used to commit them.

On the second major GFSA claim, consider domestic violence. The data here is also not clearly in favour of firearms control. In a report published in 2019, GFSA claimed that since the implementation of the Firearms Control Act the percentage of murders of women by their partners involving guns dropped significantly. They cite another study which claims that 30.6% of murders of women by their partners were gun-related in 1999, but by 2009 this had dropped to 17.4%. They also point out that stabbing and blunt-weapon murder percentages also decreased, which GFSA interprets to show that guns were not just replaced by knives and hammers. Again, on a narrow view, this seems to prove GFSA’s point; fewer guns, fewer women murdered by their partners.

Curiously absent from their report, however, is the number of murders committed with brute force, which surged from 3% in 1999 to 21.7% in 2009, a figure that either suggests the data is bad or that brute force replaced shootings.

Even studies sympathetic to gun control found little to support gun control as a viable channel to reduce domestic violence. A 2013 study of the murder of women in South Africa between 1999 and 2009 found that there was no statistically significant change in the overall rate of murder of women by their ‘intimate partners’ in the period under study.

The obverse point is worth making too. Cultural forces have long stigmatised women who own guns as partaking in a ‘man’s world’. The challenges to responsible gun ownership have been even greater historically for black women. Were more mothers, after vetting, capable of fending off physically stronger attackers we might see gender-based violence numbers move in the right direction. We cannot be sure; there are no local studies on this question. If there were, though, would GFSA ignore such studies as conveniently as it ignores data from outside the narrow frameworks that suit its narratives?

Too often we see government stepping in to centralise power and decision-making in the hands of bureaucrats who are either under-resourced and overworked, or simply apathetic and inept.

Predictably we see poor results, be it in economic growth, electricity provision or personal safety.

It is time to stop repeating the same old tired ideas, and go for something new; respect law-abiding South Africans by protecting their right to defend themselves from harm.