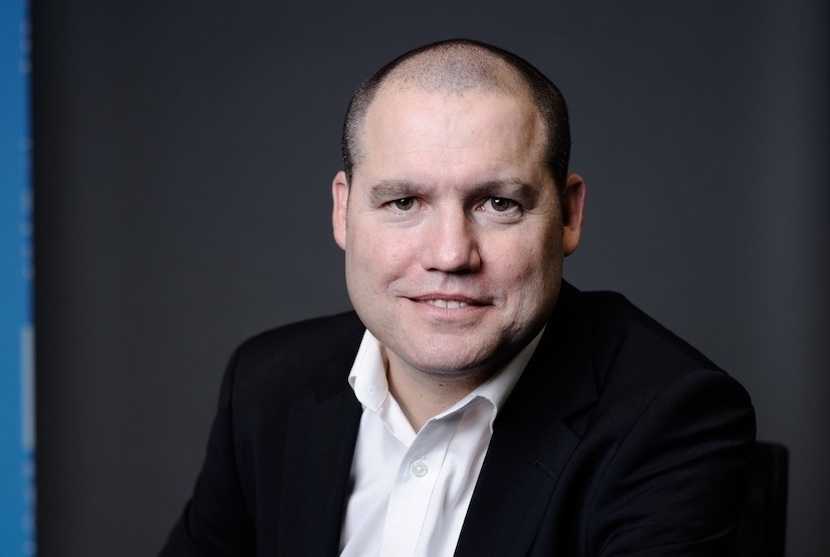 The violent protests raging in South Africa have dealt a grievous blow to the country’s efforts to rebuild an economy already ravaged by the recurrent lockdown regulations that have been imposed to curb the spread of Covid-19. The protests, which have turned deadly, also pose the sternest test yet to President Cyril Ramaphosa’s authority. Steven Nathan, founder of 10X Investments, joined the BizNews Power Hour to discuss the country’s latest trauma. Nathan noted that President Ramaphosa has, thus far, not really shown a strong leadership position and that he ‘hasn’t created a platform and given confidence to the various stakeholders that things are going to change.’ The President’s impunity, he says, ‘erodes people’s confidence and gives them greater license to do things that they ordinarily would not do if it wasn’t for operating in a society where they see people getting away with what they believe is unfair practices.’ – Nadya Swart

Steven Nathan on the current crisis occurring in South Africa:

Where does one start? Because things that you thought were significant become less significant. You know, who cares really what the market’s doing, mental health wise, economically. This is really a low point in South Africa’s history. And, as you say, you know, hopefully some good does come out of this. But I think that the President thus far hasn’t really, from what I can ascertain, shown a strong leadership position. And he hasn’t really created a platform and given confidence to the various stakeholders that things are going to change. And I think that’s been quite disappointing from what I’ve seen. You know, he hasn’t come across as someone who is confident. He almost looks like he’s on his own.

I think that optics are really important here. It would have been fantastic – not just to see him – but to see a strong, unified cabinet. And even in addition to that, I remember during the early days of the pandemic in the US, Donald Trump – now obviously we’ve all got different views on Donald Trump – but I remember quite early on, on the lawns of the White House, he was swamped by members of his senior cabinet and also by senior business leaders – you know, the CEO of Google and WalMart and many others. And he said, we’re going to fight this together. And I think that sort of a show of strength [and] of unity is definitely a part of what we need in order to give us confidence that there is a credible strategy in place to tackle the immediate issue and then also the underlying causes that have led to this. But so far, I personally haven’t seen much, if any, of that.

On Cape Town seeming to be immune to the chaos occurring elsewhere in the country:

Yes, that’s right. My father and stepmother live in Umhlanga, and they actually told me – they alerted me to all these issues that were happening and the trouble on the N1, Mooi River, and even around sort of the Durban area. They also are in the liquor industry and where their liquor is stored was also looted. So I was quite oblivious to this, because certainly in Cape Town – thankfully we haven’t seen direct impacts. But what we have seen [which] is quite interesting is that stores are starting to take precautions.

So, for example, the Checkers – they are sort of [getting] extra security and barricading, preparing for the potential of this to spill over, because I don’t think we really understand specifically what has been the catalyst for this and how organised it may or may not be and whether they are political motives. And unfortunately, if there are political motives driving this, then there’s always a strong political potential influence over the Western Cape, given that it’s DA controlled and it’s not an ANC-led government. So, hopefully it doesn’t spill over to that extent in Cape Town.

On whether the protests are politically motivated:

Well, you know, on the one hand, it would be good if it isn’t politically motivated. But as you say, it’s equally concerning that citizens who don’t seem to be destitute are resorting to this level of theft and looting and just blatant disregard of law and order. And I think that where the government has done quite a good job during covid is actually in feeding people. So my understanding is that that is one area where the government has done a very good job – ensuring that there is food in underprivileged, disadvantaged areas. So I don’t think it’s a situation that people are now hungrier than ever in and of itself.

I think South Africa, the moral fiber – and we’ve spoken about this at many levels – but I think it’s just an issue that the moral fiber in South Africa has been eroded to such an extent. And I think it comes from the top down. You know, when you see the impunity of the President and the seemingly impunity, maybe I should rather say the alleged impunity, and other senior members of government and then spilling down to state-owned enterprises and also into the private sector. And I think that just erodes people’s confidence and gives them greater license to do things that they ordinarily would not do if it wasn’t for maybe operating in a society where they see people getting away with what they believe is unfair practices.

And also, crowds are very powerful things. You’ll remember, I think about 10 years ago, 2011, the London riots – you know, where you don’t expect it – and I guess maybe in Washington to a lesser extent; you see a normal society, how quickly it can degenerate and the madness of crowds. And I’m sure there’s many things that are fueling this. But certainly standing back, it’s very difficult to understand how the country can get to such a low point. And also the government’s inability to stop this. I mean, that is a real issue. Where are the police, where is the Defense Force – and why aren’t they able to restore law and order much quicker than they haven’t been able to do thus far.

On looking at the current situation in South Africa from an investor’s perspective:

I think there’s so much bad news in general happening. So we’ve got the whole covid pandemic that’s driving global sentiment and dominating the news, and we know that there’s concerns about infections increasing even in the UK as they’re relaxing lockdown rules. So, we’re living in a very negative environment at the moment. So you’re really putting one more negative story, as you said, there’s the poor English footballers and the fallout over there. And, you know, there’s turmoil in many countries to varying degrees. So I think it’s something where, at the moment, is just getting lost in a sea of negative, negative, negative news.

There’s no question that there’s a monetary cost to this. And people are already talking about the billions of rands of damage that’s been done. So there’s a monetary loss. And unfortunately, we all pay for that loss. So you can say, yes, but they’re insured – but ultimately, someone has to pick up the tab and then that feeds through into higher prices for consumers at some point. So we all collectively pay the cost. And then there’s this enormous damage of confidence. And I think that is something that – if we don’t get on top of this sooner rather than later – could do some serious damage. And maybe the markets to some extent are saying, let’s wait and see.

You know, it’s only been a few days, but let’s see which direction this takes. If we get things under control and we do stem the looting and we are able to restore law and order in a reasonably short space of time – and I would say that would be certainly within the next few days – then I think we’re going to be OK from an investor sentiment perspective. But if this escalates, you know, then obviously that’ll be a different environment. And I think investors would then start to take a far more negative view on South Africa Inc, on the rand and on investing in South Africa.

On whether South Africa will take the high road – embracing entrepreneurship properly – or the low road towards anarchy:

Well, I think that if we look at the data, if we look at the facts – we know that South Africa has been trending downwards for a long time. You know, a lot of us sort of point to the last 10 years and we can look at economic indicators, we can look at – and we’ve spoken about this before – real GDP, what we call economic output per person, and how that has fallen over 10 years. So even 10 years ago – we weren’t in a very strong place. We still have a very unequal society. We know that South Africa is one of the most unequal societies in the world. And unfortunately, we haven’t done a huge amount over the last 25 years to improve that.

So the sort of benefits of democracy from an economic perspective have not been widely distributed. So if we look at all of the financial and economic indicators, they’ve been worsening over time. And I don’t think it comes as a surprise to anyone that there is large spread unhappiness amongst a majority, probably a majority portion of the population. And we know it’s also the younger population who are more likely to take action if they are disappointed. If you’re older, you might sit back and just let things go. But when you’re younger, you’ve got more energy, more motivation and more to gain by taking action. So I don’t think in and of itself what we’re seeing at the moment is an enormous surprise.

It’s a huge disappointment that it’s happened. And it’s also a huge disappointment that government wasn’t able to predict any of this. I don’t know where the sort of government intelligence is in this whole issue and that they haven’t been able to to address it. So I think it’s got a sort of high road and low road. I certainly believe we’ve been on the low road for a long time. I’m not sure that we can just say there’s a low road and a high road, but we certainly haven’t been doing the right things for a long time. And I did hear your interview with Clem [Sunter] and, as you said, the ANC has to change its policies. Because if they’re stuck in the same policies that have been implemented over the last 10, 20 years – we can just look at the results of that – and unless we change those policies, unless there’s a structural change, then unfortunately I can’t see us changing the current trajectory of the path that we’re on.