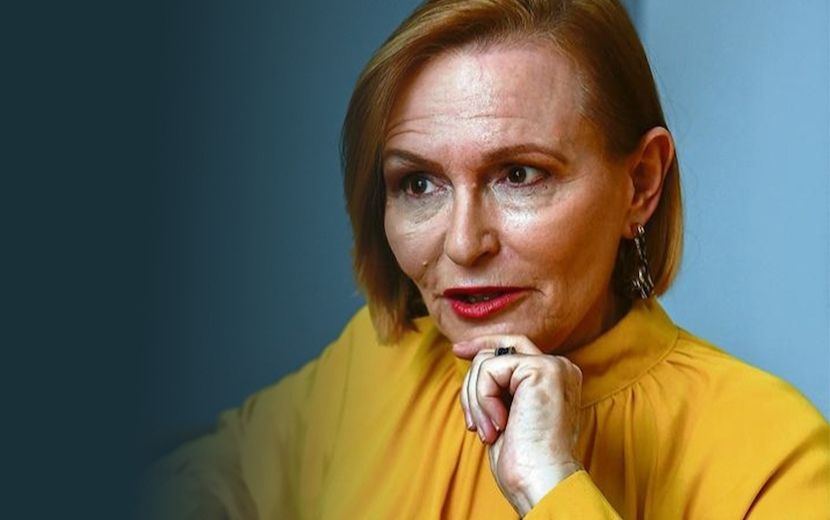 Attention has, once again, recently been on South Africa as the country eagerly awaited a ruling from the Constitutional Court on an application by the Electoral Commission of South Africa (IEC) to have this year’s elections postponed. On Friday, the ConCourt dismissed the IEC’s application, ordering that the local government elections be held on any day in the period Wednesday 27 October to 1 November. The ConCourt ruling carries potentially devastating consequences for the continued power of the ANC as they missed the deadline to register ward candidates in 93 wards. Helen Zille, the former Premier of the Western Cape who has served as the Chairperson of the Federal Council of the Democratic Alliance since 20 October 2019, joined the BizNews Power Hour to discuss the implications of the ConCourt ruling and the ‘sleight of hand’ exercised by the IEC which provided the ‘gap that the ANC so desperately needed at least to register their candidates.’ True to form, Zille provides a fierce yet rational analysis of the rationale behind the ANC’s attempt to postpone the upcoming elections as well as an insightful look into the way in which the political landscape in South Africa is likely to change should the IEC’s objective fail. – Nadya Swart

Helen Zille on the rationale behind the ANC’s attempt to postpone the municipal elections and the reason that they failed:

Well, let me tell you how I see it. And I analyse situations – I watch them very closely and then I draw my conclusions. So this is the way I and the DA see it. The ANC was not ready for an election now. It is bankrupt. Its staff are in revolt. It has had a terrible year politically. It is deeply divided. And it hadn’t recruited through any kind of process. So the ANC desperately needed the election to be postponed till next year. They went through a bit of a charade of a process, etc, etc., and that culminated in the IEC applying to the Constitutional Court to declare that we couldn’t hold a free and fair election at this stage because of covid.

Now, of course, earlier in the year, the IEC had said they are absolutely ready to hold the election under covid conditions, they’ve been preparing for a long time and they are ready. But because they knew that they couldn’t get the constitutional process, which is through parliament, the IEC tried to get around that constraint by going to the Constitutional Court and having the election delayed till next year to suit the ANC. Of that I have absolutely no doubt, and I’m sure no observer would have any doubt. The Constitutional Court heard it and said, ‘You can’t delay the election by six months. But the outside limit to which you can delay it is five days.’

Now in between all of that and in between all of the applications, the ANC missed the deadline for submitting their candidates on the 23rd of August. And so the minute the Constitutional Court said, ‘You can delay the election for five days from the 27th of October to the 1st of November’ – voila! The IEC and the ANC had the gap that the ANC so desperately needed at least to register their candidates. And the IEC said, ‘Well, this new date means that we have to have a new proclamation, that we have to issue a new timetable and so there will be a new deadline.’

And of course, that’s irrelevant to everybody else who made the first deadline, but it’s very relevant to the ANC. Now, you will remember that before, when the NFP and the IFP missed deadlines, they were excluded from the election. So it seems to me that there are some rules that apply to everybody except the ANC. And the ANC has always got exemption if they mess up and don’t play by the same rules that everybody else is required to play by.

On whether there is anything in the law that will force the IEC to reverse this little sleight of hand:

Well, it’s complete sleight of hand and it’s not coincidental. There’s no doubt that this was planned for a very long time because the ANC was appealing to the Electoral Court to have the deadline moved and then suddenly, with no explanation at all, they withdrew their appeal to the Electoral Court. So they must have been banking on the postponement of the election. We thought by six months. They didn’t mind if it was even a few days, which it turned out to be, so that they could bring the sleight of hand. That was the plan all along.

But there is something – and it’s an unexpected something – that the ANC didn’t anticipate, and I don’t think the IEC did either. The EFF in their prayers to the Constitutional Court asked that this happen; that, in fact, the whole timetable be reopened so that people could re register their candidates. And the Constitutional Court rejected the EFF’s proposal. I think the ANC and the IEC must have overlooked that, but we will certainly use that very strongly in our action to stop the sleight of hand.

On what happens if the DA is successful in their action:

Yes, indeed, it is very, very significant. For example, the whole of the Western Cape – and they may win a few wards, but it basically means that they will be effectively wiped out in the Western Cape. They’re gradually getting to the point of being wiped out because hardly anybody supports them anymore in this province, but it will be kind of like a nail in the coffin. The amazing thing is that in their stronghold of KwaZulu-Natal, there are only three municipalities – and I don’t know which they are – in which they’ve registered proportional candidates. In Limpopo, there are a rash of municipalities up for grabs because the ANC hasn’t submitted candidates. And the map of Gauteng is going to look fundamentally different too.

On whether Hakainde Hichilema’s recent landslide victory in Zambia shows that the tide is turning as far as this part of the world is concerned:

Well, the big choice in South Africa in the not too distant future is going to be the EFF or the DA. That is what this thing is panning out to be. And I’ve been saying that since the EFF first appeared on the scene. The ANC doesn’t know where it stands on anything. The DA knows exactly where it stands – we’re a party of non-racialism, the rule of law, constitutionalism, a capable state, a market economy. That’s what we stand for. That EFF stands for the opposite – racial nationalism, socialism, the party controlling the state, the state controlling society. The dead opposite of what the DA stands for.

The ANC doesn’t know where they stand on any issue. They’re caught in the middle and they’re being torn apart as a result. So the future of politics is going to be the DA versus the EFF. And the bottom line is that people better understand that the more they splinter their votes amongst tiny little parties, the more the EFF gets to gain from it.