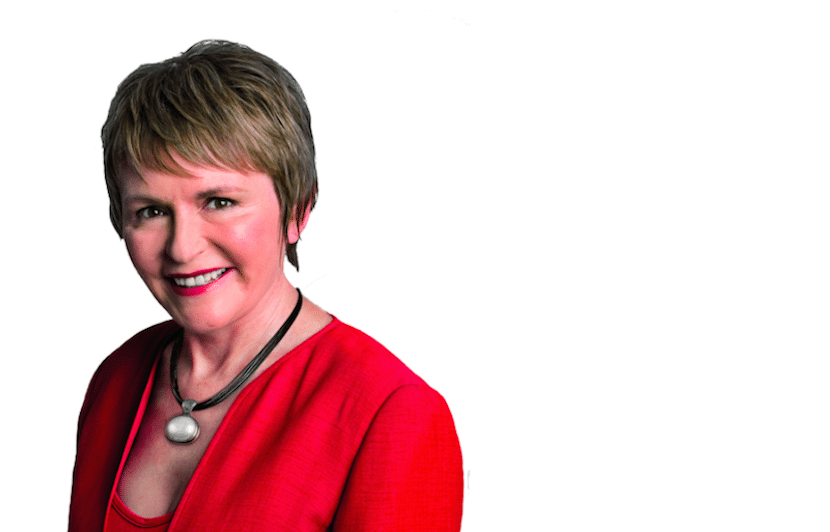 Helen Zille recently spoke to Biznews founder Alec Hogg about her book #Stay woke: Go broke.  Zille writes about the unique dangers of wokeness and cancel culture in South Africa, her battle with cancel culture and what she sees in the country’s political future. In unapologetic terms, Zille unpacks South Africa’s immense challenges and offers her opinions on how voters can exercise their power to change the country’s future. “I could never have imagined in a million years that the underlying philosophy of apartheid would suddenly become progressive and be paraded around by young people who would be appalled if they understood that what they were really doing was supporting the foundational philosophy of apartheid,” Zille says during a frank and provocative conversation. – Melani Nathan

The definition of “Woke”

The notion of social justice in critical race theory wokeness is that it is your duty in every interaction, every institution, every organisation and every relationship to discover the entrenched and hidden power hierarchy and overturn it. So even if the people involved in that relationship, organisation or interaction or institution don’t believe it exists, it’s because they don’t understand it exists, according to wokeness. And a social justice warrior will draw attention to where it does exist and attempt to invert the pyramid.

On why woke people find violence and oppression in ordinary language:

Woke people put such a lot of store by language because they believe that these relationships and hierarchies are reflected in language and that language is therefore violence because it keeps a hierarchy in place which is violent and oppressive.  Therefore, in ordinary language and ordinary interaction that you and I might think has been quite the norm… Social justice warriors will find the hidden violence, the hidden oppression and shame people so that many more people effectively stop using that kind of language. So the goal is to make sure that some high profile people are very badly shamed in order to ensure that no one else ever hears from the woke narrative again, that’s basically how they do it. 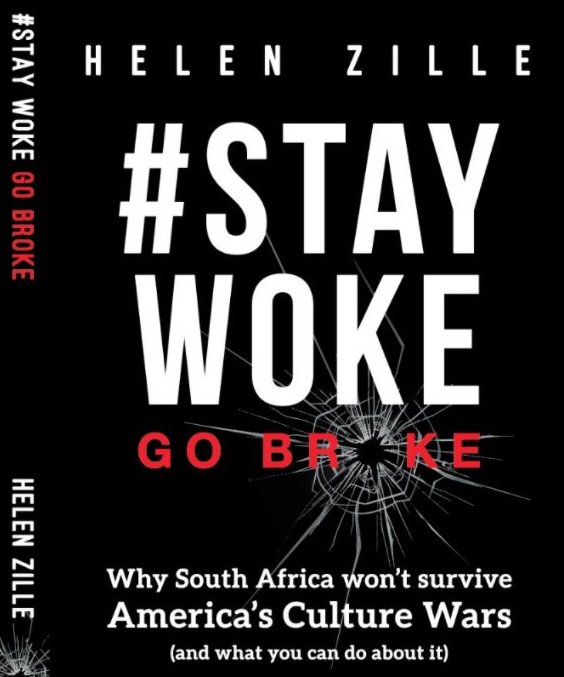 On being an obvious target for cancel culture in the South African context:

I was the big anti-woke white whale, and they really wanted to get me very much because I had said that what I’ve learned in Singapore was that you can build on the legacy of the past where it’s positive and that the legacies that we inherited from the past were not only negative.

On standing her ground in the face of cancel culture and the importance of working to inform young people of the fundamental philosophy of wokeness.

This cult-like obsession of wokeness seizes people has been brewing away at our English speaking universities in particular. But the Afrikaans ones are not immune from it. And in the humanities faculties in particular, has been stewing away, producing young people who genuinely see the world in this way, and had gradually taken leading positions in organisations, from which the DA was not exempt. And when I understood what was going on.

I realised there was all the more urgency to ensure that the DA got back onto the path of classical liberalism, rule of law, non-racialism, accountability, all of those values… Not seeing people first as the colour of their skin and believing that demography is destiny that we rejected with apartheid. I could never have imagined in a million years that the underlying philosophy of apartheid would suddenly become progressive and be paraded around by young people who would be appalled if they understood that what they were really doing was supporting the foundational philosophy of apartheid. It is shocking, to say the least.

Critical race theory has been stewing away in American and British universities for a long time, well over a decade – probably two or three. As you know, we just simply follow whatever the fad is in America and Britain. The notion that the world is divided into villains and victims has always been the foundational paradigm of humanities faculties. That’s why they’ve always been predominantly Marxist in orientation with the villains and the victims being divided along class lines. When critical race theory came along in countries where class was becoming less of a social divider, they turned to race and said people are not excluded on the basis of class any longer. They’re excluded on the basis of race.

Race is the real demarcation between the villains and the victims of society. Then they included other attributes of biology, such as gender, sexuality, transgender – all of those sorts of things. Until you had this extraordinary transition where sex and gender were seen as social constructs, that race was seen as an absolute. Whereas you and I grew up in a time where race was seen as a social construct – there’s no fundamental difference, scientifically, between white, black or brown people – suddenly the difference between males and females becomes a matter of a social construct. But race becomes an absolute scientific constant. That’s where we’re at now. It’s absurd. That’s why we have to stand up against it, take action and speak up.

On why wokeness is very dangerous in the South African context

Wokeness, at its very best, aims to ensure that majorities who are in power become more insightful to their use of power at its very best. In South Africa -where the ratios are inverted [and] black people are the overwhelming majority – it doesn’t cause any self-reflection about the abuse of power. Quite the opposite. It provides a moral fig leaf for the continued concentration of power – and abuse of that power.

On the impossibility of secession in South Africa and what we should do instead:

Now, there is no way unless a new party comes to power that would support secession that that would ever happen. What we can push forward in current constitutional parameters is far greater devolution of power, far greater federalism, far greater autonomy for the provinces and for local authorities. That is achievable and what we must get right.

On the idea that because we’ve got Ramaphosa, things are going to improve:

For every Ace there’s a couple of jokers. Believe me, they’re being deployed. The real thing that we have to be worried about is the extent to which deployment has hollowed out the state and really turned us from having once had a capable state to having a dysfunctional state. You just have to look at the situation with all the state-owned enterprises to understand how bad it can get. The great thing we have to oppose now and stand against now with everything that we’ve got is the extent to which the ANC wants to extend that failure to the private sector, as well as the latest amendments to the act, which basically say that companies can be fined 10% of turnover, or something like that if they don’t mirror the population ratios are just a passport to disaster for the private sector as well.

On whether the ANC can change things for the better:

There’s no way that the ANC can rescue South Africa from the ANC. The ANC is a problem. Ramaphosa is not saying we’re going to scrap cadre deployment. He’s not saying we’re going to facilitate a meritocracy. He’s saying none of that. He is saying that they will continue to double down on racial quotas on the basis of national demographics when a tiny percentage of black people, comparatively speaking, have the qualifications needed for running major enterprises – which is an enormously significant challenge. They want to follow the cadre deployment policy that has ravaged the state and they want to follow through on that throughout the entire economy. This is in fulfilment of the national democratic revolution, which basically means the party must control the state and the state must control society.

On the future of the political landscape in the country:

We think that the ANC is going to be unravelling quite fast. We think that in this local government election, there are a number of places that they will fall under 50%. And when people see that the ANC can be beaten and the glue starts coming unstuck… A lot of things will continue to change rather rapidly by 2024. It depends on the nature of coalitions that can be put together. But I do think that the coming decade will see the ANC lose power…Absolutely, absolutely, within my lifetime, I’ve seen the death of the United Party, I’ve seen the death of the National Party. It’ll just be the cherry on the top to see the death of the ANC.