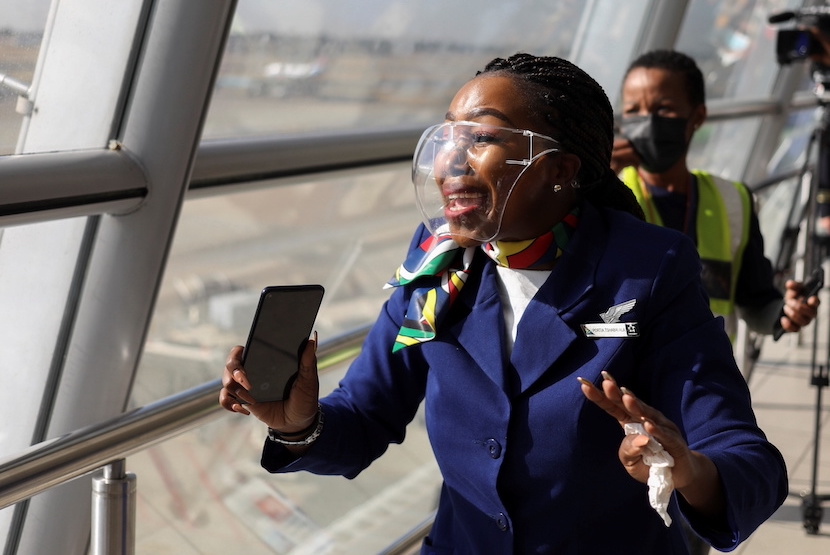 South African Airways (SAA) has received a lot of flack in the past months, with many calling for the state-owned airline to be shut down completely. In a recent BizNews interview with Rob Hersov, the 60-year old businessman put it rather bluntly – “get ride of South African Airways, it’s over. Why resuscitate SAA? The ANC has broken it and stolen it, it’s finished.” Another BizNews favourite, also admired for not sugar-coating the truth, is corruption-buster Paul O’Sullivan. A long time crusader against crime, the founder of Forensics for Justice has made his disdain for the corruption at SAA very well-known. In fact, one of BizNews’ most popular pieces last year was penned by O’Sullivan (read here). In the hard-hitting article, he writes – referring to Dudu Myeni – “I am patient. I will wait and circle and take you all, one by one, until you are all in prison, or ruined financially in trying to stay out of prison.” Below, O’Sullivan focuses on SAA – an airline that is dear to his heart. He notes below that he is pleased to see his favourite airline back in the air once again and hopes that all “South Africans will be proud that it has been possible to bring it back and that they will support it as they did in the past.” – Jarryd Neves

I had to go to Cape Town last Thursday, returning on Friday.

I had previously been made aware that SAA would be recommencing operations on the day I planned to fly down, so I booked with them.

I arrived at OR Tambo at 06h30 for an 08h05 flight; SA-317 from Johannesburg to Cape Town. Having gotten there in good time, I decided to go the Platinum lounge and see if there was any food available. It was as if I had never been away. A superb hot and cold fare was available and, as the first customer into the lounge for more than 500 days, I was made to feel very welcome. The time passed quickly and I made my way to the gate for boarding the aircraft.

The equipment for the flight to Cape Town was a modern Airbus A320, sporting the standard SAA livery and I was delighted to see old faces, both in the cabin and the cockpit.

Departing the gate a little after the schedule, we were soon heading out to the taxi-way. The plane was pretty full, considering it was the first flight in over sixteen months. It was emotional to see all the SAA and ground staff at OR Tambo Airport, waving to us as we were pushed back to the taxi way.

We soon lined up on Runway Zero Three Left and after a take-off roll of just over 40 seconds, we rotated and were airborne. Just after rotation, the passengers bust into spontaneous cheers and clapping and then we settled in for our flight to Cape Town.

Due to the South African Covid Regulations, there was no inflight catering service and passengers were asked to remain seated and not to wander around the cabin. However, I managed to get a quick photo, for old time’s sake with one of the cabin crew.

The flight was uneventful and we were soon on the descent into Cape Town airport. Descending over the Ceres Valley and out over the ocean just to the west of Somerset West, a couple of ninety degree turns and we were lined up for a landing on Runway Zero One.

The landing was, as expected, a greaser and we soon pulled off the runway and towards the terminal building. Again, after touchdown and still in the landing roll, the passengers burst into spontaneous cheers and clapping.

As we taxied to the gate a Cape Town Airport Fire Tender was there to welcome us with the traditional Cape Town archway of water, from its water gun.

We arrived at the gate five minutes ahead of schedule and disembarked to warm welcome from the ground crew and ACSA staff at Cape Town airport.

The moral of the story? Despite criminals doing the best they could to wipe out an 87-year-old airline, they failed. I sincerely hope that Dudu Myeni and the rest of her accomplices are too embarrassed to ever step foot on a South African Airways plane again.

Sadly, on my way into Cape Town in my Avis car, I had to listen to some clown on Cape Talk, joking about the airline and saying he would never step foot on it again. I was interviewed by a journalist about the trip and I made it clear that it was exactly what one would expect from a world class airline. She asked if I thought the airline should continue and I made the following point:

If the government shut down every state-owned company that had been driven into insolvency by criminals aligned to the now convicted criminal ex-president, then they would also have to shut down Eskom, Transnet, Prasa and half the water boards and municipalities in the country. SAA has an important role to play in the economy of South Africa, not only as a flag carrier for our country, but also in terms of ensuring that the economic drivers of the tourism industry are recognised and supported.

I am very glad to see my favourite airline back in the air and hope that all South Africans will be proud that it has been possible to bring it back and that they will support it as they did in the past. It would be unpatriotic of any South African to talk badly of SAA and we must all do what we can to ensure that the jobs sustained by SAA are secured into the future.

Ironically, I boarded SA317 on the very same day I finished writing my new book, “Stop me if you can!”, a good chunk of which was used to set out the hanky-panky of Dudu Myeni and her accomplices.