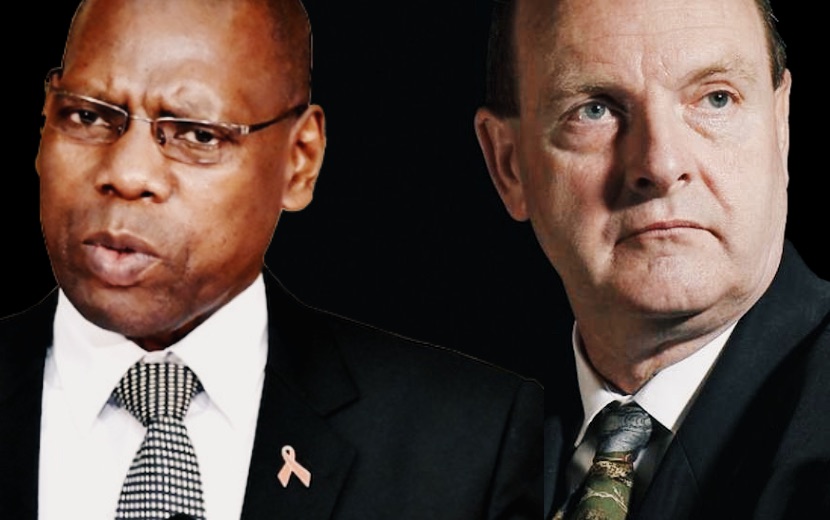 Following an 18 month period during which South Africa sorely needed a reliable and incorruptible leader at the helm of our National Department of Health, now former Health Minister Zweli Mkhize has been exposed as having been intricately linked to a corruption saga involving communications firm Digital Vibes. In May, news broke of a scandal involving a R150m contract awarded to Digital Vibes by the SA Health Department – upon which Mkhize’s once-revered reputation as ‘one of the good guys’ in the ANC started to splinter. An affidavit by Rajendra Chunilall, a Principal Forensic Investigator and the Lead Investigator in the Special Investigating Unit’s investigation into the scandal, officially eradicates the remaining embers of hope we may have been holding onto regarding Mkhize’s involvement in the corruption scandal.

The affidavit states that the SIU’s investigations ‘have revealed evidence that there has been an unconscionable abuse of the juristic personality of Digital Vibes as a separate entity’ and that the impugned transactions took place under circumstances which constitute corrupt activities (under the Prevention and Combating of Corrupt Activities Act) committed by Mkhize and his son Dedani, the fifth and sixth respondents, respectively. The SIU’s investigation – documented in detail in the affidavit – outlines an intricate web of deceit in which Zweli Mkhize was central.

Tahera Mather and Naadhira Mitha, Mkhize’s personal spokesperson and personal assistant, respectively, while he was the Minister of Cooperative Governance and Traditional Affairs (COGTA), implicated as the second and third respondents in the affidavit, are alleged to have been the ‘real’ team members and the controlling minds behind Digital Vibes – who boosted the non-existent credentials of the entity to ensure that it was appointed as the service provider for the NHI. The affidavit provides the gory details of payments of ridiculous amounts of money made to individuals and entities with links to Mkhize – which include his son, Dedani, as well as companies owned by and relatives of Mather and Mitha. The affidavit undoubtedly serves as the final nail in Zweli Mkhize’s coffin.

BizNews Founder Alec Hogg spoke to ace forensic investigator Paul O’Sullivan to unpack the details set out in the affidavit. Excerpts of what proved to be a fascinating interview are included below. – Nadya Swart

Paul O’Sullivan on the details of the Digital Vibes corruption scandal:

Well, there’s no doubt in my mind [that] the real principles, if you like to call it that, the architects of the crimes that took place – and they are crimes – [are] the second and third respondents, which is Tahera Mather and Naadhira Mitha. And what they did is they got somebody they knew, you know – very amateurish in a way – this lady called Radha Hariram, who’s the fourth respondent. They got her to go and register a company and they called the company Digital Vibes. I imagine they chose the name of the company, she knew nothing about [it]. If somebody asks you to register a company in your name but they’re going to use it, steer clear of them. You know, that’s a big red flag.

And then what they did [is] they introduced another person, a chap by the name of Naidu, who also knew nothing about it. And the next thing, he gets a phone call and he’s told; ‘By the way, we’re making you a director. You’re going to get 10% of the company and you’ll get 10% of the profits’ and blah, blah, blah. Meanwhile, he got nothing of the kind. You know, as money came in – it was siphoned out through other companies to what I call the two main accused.

On the contract with Digital Vibes:

Well, yeah, having said that, there are some pretty you know, some of these filling stations out, there are quite big businesses, but that’s not the point. You didn’t need to be a businessman. The contract that was issued to this company didn’t require a businessman. It required communications specialists. And I’m not talking about somebody who just happens to know how to communicate quite well. You know, it required somebody with specialist qualifications and special skills. Of course, they had none of these skills – bring on Mr Naidu. So Naidu comes along. Well, he doesn’t even go there. You know, they phone him and they tell him; ‘Listen, we’ve got the perfect position for you. We’re going to make you a director. We’ve got this tender. We’re going to win the tender.’

You know, the whole thing was plot and planned right from the get go. They had a group of 10, we’ll call them tenderers, you know, prospective contractors, of which there was probably only one in there that could have got the job – and that wasn’t them. And when it came to the point scoring exercise, they fraudulently down scored the points on their competitor so that they would win the tender. And the tender, the tender document for want of a better expression, was created by this fellow Naidu. They asked him to put a plan together. So they got him to do all the donkey work. And then they adopted that plan and made it their company’s plan. And this guy, you know, [was the] sacrificial lamb, for want of a better expression, if a tender was required – I don’t think it was, I think everybody knew what was going on with Covid-19.

You didn’t need to get A5 leaflet to tell you that there was Covid-19 in the country – everybody knew what was going on. The media were covering it intensively. And there were regular bulletins by various health, including the minister. But the sad point for the minister is that these people were working for him illegally. They shouldn’t have even been working there in the first place. So he brought them with him from COGTA, which is the cooperative government ministry. He brought them with him to health. And, you know, they weren’t even properly appointed. They were working there and dishing out instructions to people as if they were the minister. And then I guess they created this tender or they got him to agree that the tender should be created. Either way, sadly for him – he’s the fifth respondent and his son is the sixth respondent. And in the affidavit, they outrightly accused him of corruption. Very strangely, the amount is only about R7,000 – which is two visits by a building maintenance company to the house of Mkhize. But I think as the trial goes on and on and on, they’ll probably find that there was some other form of gratification.

On the reason that Zweli Mkhize and the others have not been taken to court or criminally charged:

Well, criminal investigation – it’s not like a civil matter. So in this case, it’s very easy to put together – they’ve had six months, so actually they’ve had a long time to put all this together. Investigating corruption is not a five minute job.