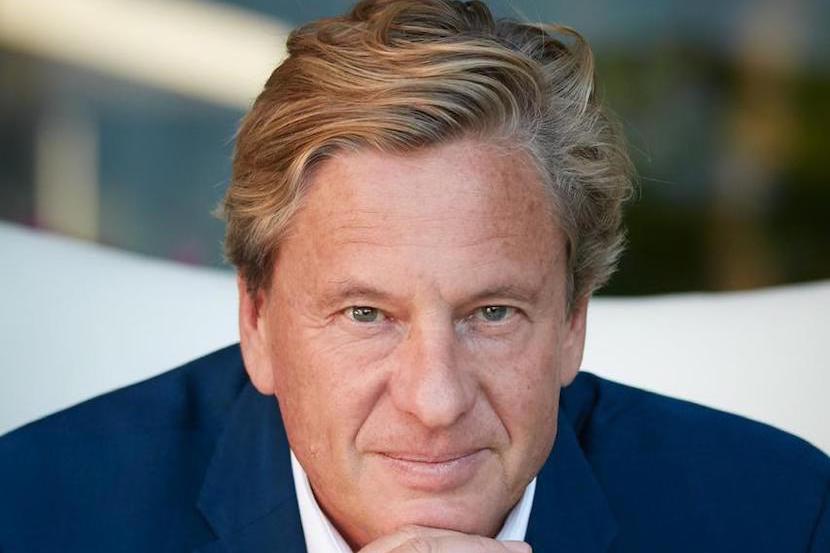 After a viral talk given by the outspoken businessman at the BizNews Investment Conference, Rob Hersov rejoins Alec Hogg to discuss the feedback he’s received since his speech – which has garnered over 100,000 views on YouTube. “I’ve got thousands of messages – vast majority positive – and they’ve come from [people] of all races. The general message is the following: This is something that needed to be said. No one has stood up and said it. Well done on you to say it.” Hersov also tells Alec Hogg how another speech at the conference fired him up – and shares some regrets, too. “This is our government and if they’re destroying the country, vote them out!” – Jarryd Neves

I’ve [received] thousands of messages – vast majority being positive. They’ve come from South Africans, Africans [and] people internationally – of all races. I’ve got hundreds of messages from black friends, white friends, you name it. The general message is the following – “This is something that needed to be said. No one else has stood up and said it. Well done on you to say it.” Quite a lot of negatives from that as well. I do have some regrets. Remember, it was a few days after the civil unrest. At your excellent conference, Jason McCormick made that incredible presentation, “72 hours of anarchy.”

I got up on the stage to make my speech and I was pretty emotional and pretty angry. I’d been getting a lot of messages from people in desperate situations (in KZN and Gauteng) asking for help. People isolated on farms, people having to defend themselves with no help from the military or the police – or scant help. Jason gave this incredible presentation and I got up there thinking, “stuff this I’m upset, I’m [annoyed]. I’m going to say what I’m angry about. The ANC has let us down. The ANC is destroying this country and we need to all vote for the opposition – for Herman Mashaba of ActionSA, for the DA. We need to get the ANC out, they’re destroying the country and the economy.

My wife said to me [that] I shouldn’t have named names – and I really shouldn’t have, so that was a mistake. But the reality is you cannot keep voting for something that is destroying you. It’s not a football team that you support through thick and thin. This is our government. If they’re destroying the country, vote them out.

On the Transport Minister calling him:

An extraordinary thing happened yesterday. I did name names – and I wish I hadn’t. I called out the transport minister. He called me yesterday and I said to him, “I can’t believe that I’ve insulted you publicly and now you’re calling me.” I said, “it takes a real man to do that.” He laughed and said, “these things happen. Don’t worry about it.” I clearly am not skilled enough to be a politician, but to his credit – that takes a real man to do that. He picked the phone up to me. I should have picked it up to him.

The conversation was brief and I basically took the initiative and said, “I wish I used someone else’s name and not yours,” but it was what it was. He said, “these things happen. We’ve got to try and do the right thing for the country and make good things happen. Let’s meet and tell me what your grievances are and let’s see if we can make good on them.” Impressive. I have to say.

On an action plan to rehabilitate South Africa:

I don’t think the ANC is capable of doing it or have the will. They want to empower the elite. They want to make very few people wealthy – and they don’t care about the broad base of the population. It’s simple. This country has population growth higher than economic growth – and that’s a recipe for disaster. It means every year we get poorer. Every year there’s less opportunity in this country. You have to have economic growth that exceeds population growth. There’s no reason why we shouldn’t have the highest economic growth in Africa and be the engine of [the continent] again.

Why should Ghana and Cote d’Ivoire, countries like that have 5%, 6% or 7% economic growth and we’re at less than 1%? Ridiculous. It’s because the policies are wrong. The ANC never talk about economic growth investment or employment. They talk about redistribution [and] expropriation without compensation. They have no idea how to build an economy [or] how to build businesses. It’s proven by the fact they can’t do service delivery, they can’t run state-owned enterprises – all of our SOE’s are bust.

They just don’t know how to do it. They’re incompetent. We need to end lockdown immediately; the Covid crisis is as good as over. Yes, people are still getting sick and yes, some people are dying. We need to end [it], it’s over. There’s no reason for the government now to tell us what we need to do and what we don’t need to do under lockdown – end lockdown. [Secondly], sell off state-owned enterprises. The government can’t run businesses. By the way, this applies to just about every government in the world. Business people can run businesses. Sell them off, get rid of South African Airways. It’s over.

Let international airlines and others do international flights. Airlink, Comair and FlySafair can do local and regional. They’re equipped to do it, they know how to do. Why resuscitate South African Airways? The ANC has broken it and stolen it. It’s over and finished. Sell off all the other ones. Instead of having BEE legislation, which doesn’t work – even Julius Malema says it doesn’t work – make sure that the state-owned enterprises are sold off and that the majority ownership are the new black South African industrialists. Instead of taking pieces of private companies – which is theft, in my view – why not take the state-owned enterprises and privatise them – but ensure that South African black industrialists – and not the usual people – new ones have the majority ownership and build those businesses.

Remove exchange controls [and] reform visa regulations. We want talented foreigners to come here. Silicon Valley took off like a rocket when all those incredible international and Indian technologists and entrepreneurs were allowed into America. They flowed in and Silicon Valley took off like a rocket. Let’s do the same here. Encourage people to come here and build businesses – and then get rid of EWC. Expropriation without compensation is so stupid. It’s theft. It’s just the most idiotic thing on the planet and it’s scaring away all foreign investment. Finally, you’ve got to make South Africans feel safe and confident. People don’t feel safe in this country and there’s no confidence. We’ve got to restore that. This is very simple to do. Our country should be growing at 5%-10% a year and everybody will benefit.