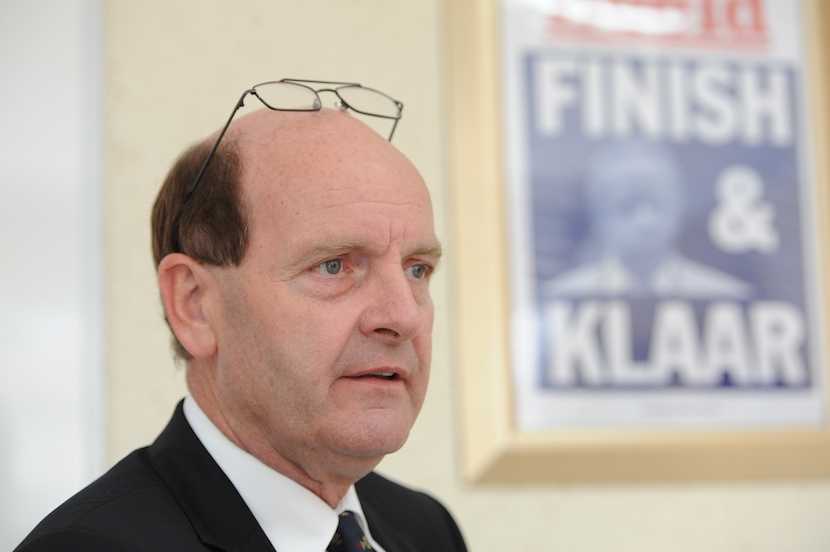 Paul O’Sullivan of Forensics for Justice joins BizNews to discuss a number of pressing and interesting topics. The corruption buster penned a piece on SAA last week, which has been very well-received by BizNews community members. In the article, O’Sullivan writes how pleased he is to see his favourite airline back in the air once again and hopes that all “South Africans will be proud that it has been possible to bring it back and that they will support it as they did in the past”. Together with Alec Hogg, he discusses this and other subjects, including Digital Vibes and Gupta ‘fixer’, Kuben Moodley. – Jarryd Neves

Paul O’Sullivan on his SAA article:

It’s very easy to write-off SAA. Why? Because it was corrupt? Because it was in the hands of corrupt people? If you apply that same mentality, you must stop buying your electricity from Eskom. And you better not drive on a road that’s been put there by the National Road Agency, because there’s corruption there. Why on earth would you get on a train that was being run by what was a corrupt Prasa? You better not eat any of the goods that arrive at your house, because they’ve come in through our ports, [which] were run by corrupt Transnet. So where does it stop? I’m a great believer in understanding the big picture. South African Airways is not just a state-owned airline, it’s also a flag carrier.

On the latest Digital Vibes developments:

I’ve got the SIU report. It is quite interesting. I just got the executive summary sitting in front of me. If I cast down my eyes, you understand what I’m looking at. They said there was R150 million, a fruitless and wasteful expenditure. Of which between R72 and R80 million was incurred by the National Department of Health. That’s quite a significant amount of money. They could have built a nice hospital somewhere for the same amount. Yet, the preservation orders that they’ve obtained, they’ve only managed to secure R22 million. One has to assume that the rest of the money has been spent at car dealerships or whatever. An investigation needs to unpack that and get some more of that money back. I think R22 million out of R150 million is a very low return.

What they have done, they’ve made it clear – which I think we’ve known all along – is that [Tahera] Mather and [Naadhira] Mitha committed fraud, because this whole Digital Vibes thing was nothing more or less than a front for them. They had their their dear friend – who’s probably not their friend anymore and probably having her own lawyer separate to them – and that would be Miss Hariram, the petrol station manager who suddenly woke up to find that she was the owner of a company with R150 million in turnover. Of course, she had no knowledge of what was going on in the company at all.

And there’s a warning signal there to like-minded Miss Hariram’s. That is, don’t allow somebody to set up a company in your name, run that company and pay you something for the trouble – because you’re allowing them to use you as a front. And that’s criminal. It’s money laundering, and that’s what they’ve been up to. I think the report record recognises that there needs to be criminal charges against a number of individuals, including Mather and Mitha, Hariram, the director general and various other persons.

They talk about the gratification received directly and indirectly by the minister himself. It seems his son was the biggest beneficiary. Now, the son would be an extension of himself – so it doesn’t really matter whether the bribes are paid directly to you or to your son. They’re bribes, no matter what they are. I think that needs to be unpacked. I’ve got no doubt that as we’re looking at this now, the Investigative Directorate probably also looking at it. I think it’s only a matter of time before the DPCI effects some arrests in this regard.

On whether it’s likely that Zweli Mkhize will be arrested:

I think so. The reason I say that is [that], it really doesn’t matter whether I receive the cash payments myself or whether they’ve been received by my son. In this case, they were received by family members of his. Does it matter if you get the money or your wife or son gets the money? You’re still getting money – and it’s an unlawful gratification, which is corruption in terms of section three of Act 12 of 2004. The act is very clear and it doesn’t really matter whether you receive it or somebody else receives it on your behalf. It would be like me doing a favour, and the gratification is to get a job for my son. I’ve not benefitted, it is my son that benefits. Indirectly, I benefit because I’ve arranged a job for him. It’s corruption in my opinion – and in my opinion, he should be criminally charged.

On Gupta ‘fixer’ Kuben Moodley, who has been let out on bail:

The Constitution in South Africa; there’s a presumption of innocence until proven guilty. There’s a burden on the state. Unless it’s a Schedule six offence – or even murder – people get let out on bail for murder. On the serious offences, there’s a presumption of innocence. In fact, of any offence, unless proven guilty. The state would have to show that it’s the interests of justice not to grant the person bail. Unless they can prove that, then the person is entitled to bail.

I had these dirty cops that arrested me. They dragged me off the plane and locked me up because I used my Irish passport once or twice. I used it, once to come in and once to go out. Because I used my Irish passport to come in and out of the country, which is not [an] offence – nobody’s ever been charged (except me, I made history there), it’s a statutory offence which is ignored. And yet, they wanted to oppose bail. They wanted to charge me with treason and espionage – and God knows what else. They wanted to oppose bail. You’re automatically entitled to bail, unless it’s you schedule six offence and then the burden is on you as the accused to show that special circumstances prevail [as to] why you should get bail. Other than that, you’re kind of more or less guaranteed bail.