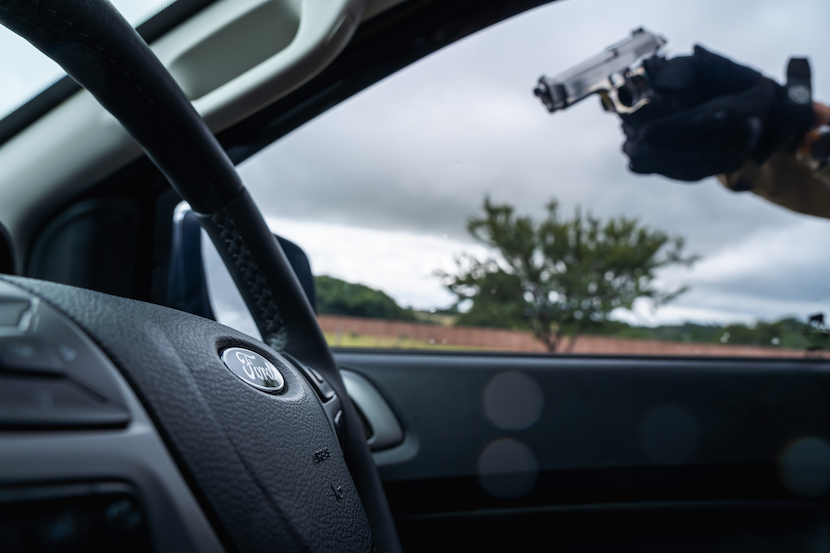 South Africa is not only one of the most dangerous countries in the world (in terms of murder) but is also considered to be the hijacking capital. On a daily basis, CCTV footage circulates on social media, showing myriad hijacking attempts on innocent citizens. While some quick-thinking individuals are able to save their car – and more importantly, their lives – others are not so lucky.

According to Stats SA, a staggering 99,000 hijackings (estimated) took place during the 2019/2020 period. Vehicle theft was estimated at 88,000, with a good chunk (45,000) in the Gauteng province. Some criminals are not content with just taking the vehicle – but the driver’s life, too.

Previously reserved for celebrities, VIPs and politicians, bulletproof transport has become increasingly popular with people fed up with SA’s high crime rate. Armoured cars are becoming more popular with South Africans who want to feel safer, especially with the rampant crime rates that rock the country.

“Once you’re used to an armoured vehicle, you feel naked in a vehicle that isn’t,” said SVI Engineering’s Business development manager Nicol Louw.

Louw told BizNews about the demand for bulletproof vehicles in South Africa, particularly for businesses – but for private citizens too. “If you need to drive your kids around, you want to be safe. Once you’re used to the safety [of an armoured vehicle] it feels weird to drive in a vehicle without that protection.”

Pretoria-based SVI specialises in the armouring and building of vehicles. While most contracts are for business owners, Louw remarked that a few private individuals have opted for this enhanced protection. “People go through traumatic experiences like hijackings [and] decide they need an armoured vehicle. Sometimes we sell one right there and then.”

Interestingly, the unprecedented riots that gripped KZN and parts of Gauteng spurred myriad people into action, with a “definite spike” in demand being recorded, he said. “We are building quite a few vehicles for KwaZulu-Natal clients.”

Most popular are the double-cab bakkies. Already built to carry heavier loads, they are also more cost-effective to armour. With B4 armouring – protection from handguns – it adds 280kg to the vehicle’s mass, with additions such as 21mm glass and Kevlar protection. For those wanting more, B6 protection – which can sustain gunfire from an AK-47, for example – uses 38mm thick glass and steel armour plating. “B4 is R432,000 while B6 costs R655,000, excluding VAT.”

He notes that B6 is the highest level of protection available to a civilian without a special permit.

Theoretically, any car can receive B4 armouring – but popular vehicles include Toyota Fortuners, Land Cruisers and luxury sedans. “A lot of businesspeople that work with cash need to run it from their businesses to the bank – and do so safely. We do plenty of discreet SUVs at B6 level, as they blend into the traffic. You can [transport] your family in it – and millions of rands to the bank, with no issue.”

Since the beginning of this year, South African consumers have been able to walk into a Ford dealership and order an armoured Ranger bakkie, underscoring how mainstream this once niche sector is becoming. “Since partnering with Ford, we’ve sold over 50 vehicles through dealerships.”

You cannot send anything valuable without protection.

But it seems that while private individuals are starting to see the benefits of bulletproof transport, the business sector remains the biggest customer of armoured vehicles. “The mining sector is massive – as are the security companies.” While cash-in-transit heists remain a serious problem in South Africa, Louw notes that criminals are no longer content with just targeting for money. “If you’ve got valuables that you need to transport, you can’t send it out on the road without having guards [following closely]. That goes for cigarettes, cell phones – we even hear that Takealot vehicles are taking hits at the moment.”