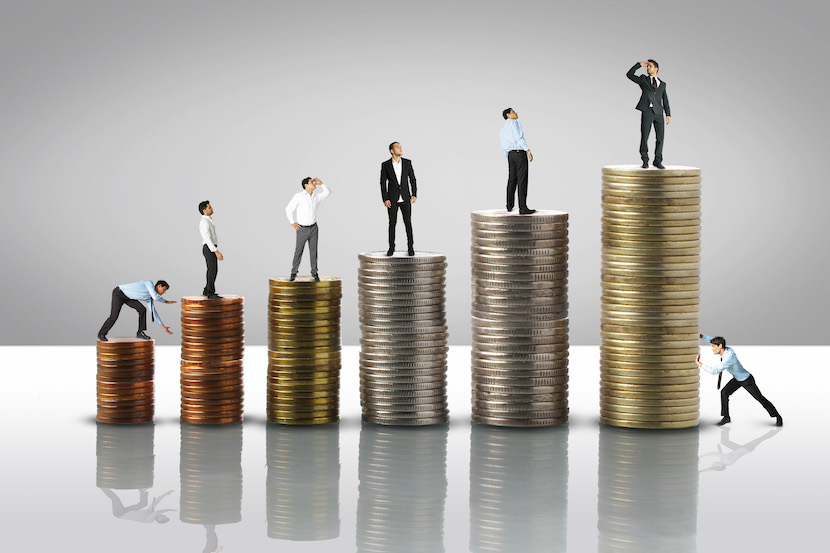 It may be a small part of the National Democratic Revolution but, as with so much recent legislation, the devil lies in the debilitating detail of the incipient Companies Amendment Bill. At the risk of stating the obvious, this detail is rabidly anti-capitalist and straight out of the socialist handbook; anyone thinking otherwise is either an ANC/SACP apologist, somnambulant or unconscious. It would be enlightening if somebody could explain how it won’t help to further reduce the corporate sphere to one where the lowest common denominator rules, egalitarian but ultimately of no help whatsoever to the common weal. Enforcing, under threat of sanction, annual comparison between the top and lowest five percent earnings in a company takes absolutely no account of what kind of company is reporting and its unique context. How this is not ‘incremental socialism by stealth’ is almost impossible to explain. The question is, when does the frog know the water is too hot? When extinction of the species looms and tadpoles are only known as short sticks in the ground? Read on with thermometer in hand.  This article first appeared on the Daily Friend.– Chris Bateman

Shifting from a minimum wage to a ‘living’ one

Last Sunday was the deadline for public comment on the Companies Amendment Bill of 2021. This Bill was gazetted early in October by Ebrahim Patel, who is both a senior figure in the South African Communist Party (SACP) and South Africa’s minister of trade, industry, and competition.

The Bill has many disturbing provisions. Among the worst are clauses demanding that JSE-listed companies report annually not only on executive remuneration but also on the extent of the ‘wage gap’ between their highest and lowest paid employees.

The existing Companies Act already requires disclosure of executive salaries, but the Bill aims to expand these obligations. Under the Bill, listed companies must obtain majority (50% plus one) approval every year for both their ‘remuneration policies’ and their ‘implementation reports’.

Implementation reports must set out all payments made to senior executives and prescribed officers in the past financial year. If majority approval of the implementation report is not forthcoming at the company’s annual general meeting, all non-executive directors serving on the remuneration committee must step down and will be barred from re-election as directors until such time as approval has been secured.

In addition, the remuneration policy may not be implemented until it has been approved. However, since the company’s implementation report is expected to deal with salaries and benefits already ‘received’ by senior executives, this raises questions as to the validity of the payments made – and whether some claw-back might in practice be required.

The Employment Equity Act of 1998 already requires designated employers to report on the remuneration paid at different levels of the workforce and to reduce any income differentials the state regards as ‘disproportionate’. Again, however, the Bill seeks to go much further.

Under the Bill, listed companies will be expected to disclose the gap between their two employees with the best and worst salaries. In most instances, these two will be the CEO and the office cleaner. Yet the expertise required for these jobs is so different that no meaningful comparison can be made between their earnings.

The CEO of a listed company needs a complex range of skills and qualifications. These include a capacity for strong leadership and risk-taking entrepreneurship, along with broad-ranging knowledge of all facets of the business. A cleaner, by contrast, must be able to dust, vacuum, and sweep.

That the CEO earns far more is hardly surprising. This is especially the case in South Africa – where high level skills are scarce, whereas millions of people have low levels of skill that are often also in over-supply in a largely stagnant economy.

Under the Bill, listed companies must also report each year on the gap between the 5% of employees who are the highest paid and the 5% that earn the least. Yet the significance of these wage gaps cannot be assessed without adequate context.

As Busi Mavuso, CEO of Business Leadership South Africa (BLSA), points out, the wage gap is likely to be far higher in a supermarket chain employing many tellers than in an investment bank with mainly professional staff. But the bigger wage gap within the supermarket chain does not mean it is unfairly ‘exploiting’ its lower-paid personnel.

The Bill seems calculated to trigger hostility and resentment towards well-paid executives. This could encourage more local executives to emigrate, worsening the brain drain. It could also deter international managers from taking up South African posts, further shrinking the available talent pool.

The Bill will also promote anger and division in the workplace. It could also help trigger unrealistic wage demands, unrelated to productivity, especially from lower-paid employees. It may also spark more strikes, thereby undermining competitiveness and giving impetus to retrenchments and company closures.

In addition, the Bill could encourage companies to mechanise – supermarket tellers are already at risk from self-service options – or out-source low-paid jobs. This would further reduce the jobs available to people with lower levels of skill and add to the unemployment crisis.

South Africa’s joblessness rate already stands at 44% on the expanded definition that counts those too discouraged to keep seeking work. Among youth aged 15 to 24, moreover, the expanded unemployment rate has already risen to a staggering 75%.

South Africa’s enormous unemployment problem is mirrored only in failed states and countries that bar women from the workplace. It is also one of the key reasons for growing inequality.

The Bill’s Explanatory Memorandum nevertheless claims that ‘inequality in pay contributes as much to overall income inequality as joblessness’. This is patently false, given the magnitude of unemployment and the relatively small number of high earners in the country.

Moreover, those high earners already do much to reduce inequality through the taxes they pay. Redistribution via the budget has long been substantial in South Africa, with wealthier people making far greater contributions to tax revenues than the benefits they receive back from the state.

But the Bill ignores the extent of this major annual redistribution, just as it overlooks the core economic problems confronting the country. These problems are persistent poverty – which is far more of a challenge than inequality – and anaemic rates of economic growth.

The poverty afflicting millions of South Africans stems largely from joblessness but has other important causes too. These include inadequate teaching in most public schools, dismal matric pass rates, and high drop-out rates from universities, especially in STEM subjects (science, technology, economics, and mathematics).

Every year hundreds of thousands of relatively unskilled people enter an economy growing far too slowly to absorb them. The economy cannot grow faster, moreover, while it remains hobbled by bad policies and poor governance.

Bad policies include damaging black economic empowerment (BEE) rules, coercive labour laws, and a pending constitutional amendment allowing the uncompensated confiscation of land, buildings, shares, patents, and other assets. Governance failures include an upsurge in corruption, the collapse of law and order, and escalating inefficiencies in electricity supply, transport logistics, and municipal administration.

The Bill ignores these salient issues, however, in its myopic emphasis on inequality and wage differentials. Its real aim is not to benefit the working poor, but rather to help advance the national democratic revolution (NDR) to which the SACP and its allies in the African National Congress (ANC) and the Congress of South African Trade Unions (Cosatu) have long been committed.

Shifting from a minimum wage to a ‘living’ one

In the current and more ‘radical’ phase of the NDR, one of the revolutionary alliance’s key objectives is to use the recently introduced national minimum wage as the foundation for a shift to a ‘living’ wage.

A living wage will require a ‘freeze’ on executive pay, as the SACP puts it. It will also require increased wages at lower levels, irrespective of how damaging these might be in eroding competitiveness and pushing more people with low skills out of the labour market.

A living wage, according to Cosatu, also requires:

Interventions of this kind will help cripple the capitalist economy, which will then be stigmatised and blamed for its supposed inability to serve ‘the interests of the majority’. Such policies will also entrench dependency on the state, as people will have little choice but to rely on an ineffective and often corrupt government for the fulfilment of their key needs. At the same time, these interventions will increase the state’s capacity to ‘discipline’ capital and ensure that its enormous resources are harnessed towards NDR objectives.

The overall result will be to help move the country closer to what the SACP describes as a ‘socialised society’. Such a society has ‘a mixed economy’ in which ‘capitalism is still present’, but ‘the socialised component of the economy is dominant and hegemonic. The socialised economy is that part of the economy premised on meeting social needs and not private profits’.

This NDR analysis implicitly condemns private sector profits as damaging and inherently immoral. In fact, however, it is the business need to ensure that income exceeds expenditure that pegs salaries to productivity, promotes efficiency and innovation, stimulates competition, and gives priority to what customers want.

Many governments, by contrast – and particularly those in one-party dominant states with little prospect of being voted out of power – are largely indifferent to citizen needs. This, in turn (as 28 years of ANC rule have conclusively shown) promotes inefficiency, wastefulness, and corruption. It also leads to declining standards of delivery in all important spheres: from education, healthcare and policing to housing, transport, electricity, water, and sanitation.

The Bill’s wage-gap provisions may be a relatively small part of the NDR, but they nevertheless have the capacity to do significant harm. With the economy already badly damaged by NDR implementation over many years, it is time to call a halt to the revolution – not intensify its interventions in any sphere.