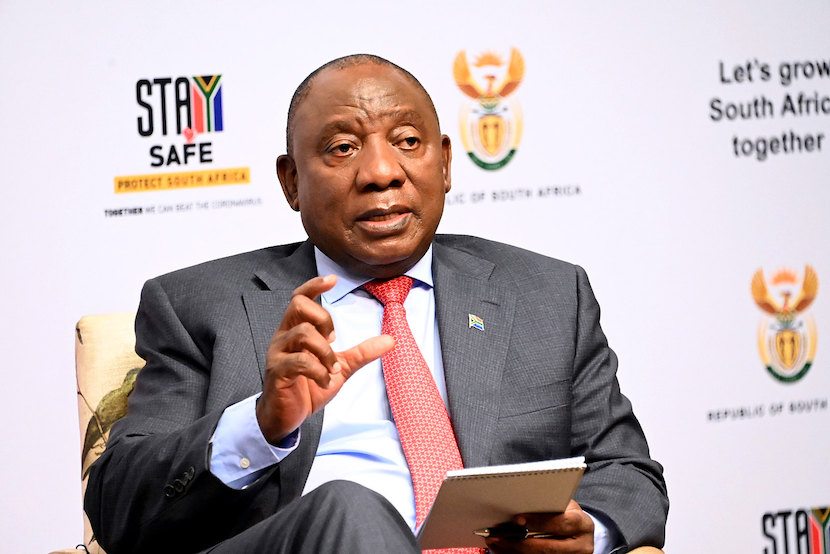 Ouch! When a respected political analyst such as John Kane-Berman concludes that the NP way outperformed the ANC in terms of breaking loose from ideological shackles and instituting pragmatic reform, it must hurt. That’s because, as we all know, the popular narrative remains; the NP were evil perpetrators of ongoing crimes against humanity and the ANC were the heroic liberators of our country. Yet, Kane-Berman contends, the ANC is now probably more ideologically hidebound than at any time since it came to power. Unlike FW de Klerk, Cyril Ramaphosa is delivering no coup de grȃce to his party’s fundamental underpinnings. The ANC’s system of cadre deployment, national democratic revolution, expropriation of private property, affirmative action, and ‘transformation’ are key components of a revolutionary ideology that has hardly changed since 1994. Unlike with the NP, ideology has not surrendered to pragmatism while immense destruction to the fabric of the nation continues unchecked by courageous, sober assessment. Who would have ever thought. The article was first published on the Daily Friend. – Chris Bateman

They could do worse than emulate liberalising reformers

F W de Klerk was first elected to Parliament in 1972. He was appointed to the first of his six cabinet portfolios in 1978. In 1982 he was chosen as leader of the National Party (NP) in the Transvaal, becoming national leader of his party in 1989.

Before his dramatic speech on 2nd February 1990, he had thus spent some 18 years supporting or implementing numerous aspects of apartheid policies. As ordinary MP, minister, and Transvaal party leader, he shared collective responsibility for everything the party did.

Although Mr de Klerk was never regarded as one of the verligte members of his party – quite the opposite in fact – the apartheid system had begun to crumble even before he became an MP, as Prime Minister John Vorster started to relax segregation in sport and to liberalise labour law.

In 1972 employers were offered tax concessions for the training of black African workers. The gap in per-capita spending as between white and black schoolchildren began to narrow. At one stage it stood at 18 to 1 as the NP starved black schooling of funds. But the NP recognised that the economy could no longer rely on white skills alone. More and more money was allocated to black schooling, so that by the time Mr de Klerk became state president in 1989, the gap had narrowed to 4 to 1 (although the gap in the ten homelands narrowed much less).

Between 1973 and 1986 the prohibition on strikes by black African workers was lifted, job reservation laws were relaxed, restrictions on black business began to be eased, black unions were recognised, and the pass laws were repealed.

The crumbling of apartheid had in fact started within 20 years of the NP’s accession to power under D F Malan in 1948. Mr de Klerk was for the next 20 years part of a process in which some aspects of apartheid were loosened while others were tightened up. His speech in 1990 delivered the coup de grace to the whole system.

The retreat from apartheid was confused, contradictory, and reluctant. But one of the important themes running through the process was economic liberalisation. Spending more on black education and training, recognising black strike and union rights, and allowing the erosion of the industrial colour bar were all bound to increase the industrial bargaining power of the black majority. Mr Vorster believed this process could be controlled and contained. The white Right feared that it would spill over into the political realm.

They were correct. It was becoming more and more difficult to manage an integrating economy within the straitjacket of political segregation which sought to divert the political aspirations of black Africans into the homelands. By the mid-1980s, P W Botha had recognised this, which is why he committed his government to power sharing, announced the end of the homelands policy, established a committee to look into political rights for urban blacks, and opened talks with Nelson Mandela. Mr de Klerk’s bold and brave actions in February 1990 were the culmination of a process which had started under his predecessors.

Twenty years after Dr Malan had come to power, and only a few after the assassination of H F Verwoerd in 1966 the NP was beginning to retreat from policies that were generating more and conflict while also undermining the economy, whose average annual growth rate of 6% in the 1960s halved in the 1970s and halved again in the 1980s.

Ideology had to surrender to pragmatism.

What of the African National Congress (ANC)? It has been in power for more than 27 years. It has created an immense trail of destruction. Its signal economic achievement is massive unemployment. Scarce resources are squandered or looted all the time. Millions of children suffer under an expensive but largely poor education system that undermines their future. One could go on…

Yet unlike the NP, which recognised the need to reverse course, the ANC carries on regardless. The NP broke loose from its ideological shackles, but the ANC is now probably more ideologically hidebound than at any time since it came to power. Racial legislation is intensifying, along with more and more interventionist policies. Property rights are under threat. So is private health care.

The handful of liberalising reforms which Cyril Ramaphosa has promised, such as lifting the ceiling on private energy generation, are far outweighed by the steady implementation of the ideology of the national democratic revolution. Cadre deployment, expropriation of private property, affirmative action, and “transformation” are all key components of this revolutionary ideology.

Starting under Mr Vorster, the NP began to recognise that its racial policies were incompatible with the needs for political stability and economic growth. The economy could not be sacrificed in the pursuit of perpetuating white minority rule. The ANC, by contrast, is fully prepared to subordinate the needs of the economy to its revolutionary ideology.

Despite his poor track record, Mr Ramaphosa has a lingering reputation as a reformer. The NP showed what serious reform entails. President Ramaphosa and his party are a long way from even beginning to admit that reform is necessary.