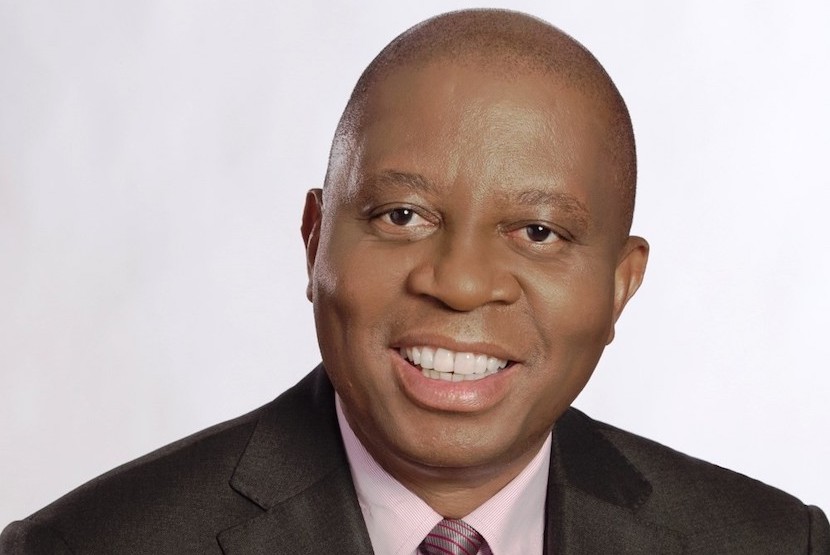 Herman Mashaba, entrepreneur and leader of ActionSA, joins BizNews founder Alec Hogg to discuss the emergence of the new political party. Mashaba is confident ActionSA will contest nationally in the 2024 elections saying, “We are now going to participate in all by-elections, not only in the six municipalities. We have got to start building our capacity towards 2024. We’ve got strong structures. We’ve got a very strong ethical voter base.” Leading up to the 19 November press conference, Mashaba assures South Africans ActionSA is not a pushover and that it intends only to operate in the best interest of the country. “We’re going to put South Africa first and our political party second.” – Sharidyn Rogers

Herman Mashaba on ActionSA not having a logo:

You look at the differential between a ward councillor and a PR councillor in the electoral history of South Africa, you’ve not really had over 5% differential. Whereas, in this particular case, when you zoom into ActionSA, you get between 25% and 28% differential. Something like this has never happened before. How many people we encountered afterwards who claimed to have them, that couldn’t. All the people who wanted to vote for us, and some people that couldn’t, obviously recognise our logo because they were looking for the name.

On ActionSA being the sixth biggest political party in South Africa:

What makes us [ActionSA] so proud as a new political party with the IEC reducing us to a logo contesting only in six municipalities out of 278, is, we are the sixth biggest party nationally in South Africa. We are bigger than political parties that have been there since 1994.

On shifting from the business world to the political sphere:

I spent almost 35 years of my life in the business world during the dark days of this country’s history. I challenge anyone to really look at my integrity dealing in the business world. I’m a tough negotiator. I’m a brutal negotiator. Every time I negotiate a deal, it must be a deal that’s a win-win for both parties, because you don’t want to be the only one who wins and the other person loses. Such a deal is not sustainable. I have almost 40 years of my business relationship, obviously the last five years being in politics.

My wife and my family run my business empire. A principle that my wife and my daughter run on – my guidance to them [being] – when you do a deal, please, do a deal where both parties win, don’t be greedy. I find something really very weird in politics. I don’t know if it’s an international phenomenon but, I think in South Africa, political parties are arrogant and want to be winners. Everyone wants to really be a winner; even when you’ve not really won. That’s actually quite sad.

On ActionSA support in the Gauteng province:

We’re busy right now in negotiations, especially after we caused some serious damage in Gauteng: Johannesburg, Tshwane and Ekurhuleni. We caused some serious damage to the ANC and the DA, the two biggest parties at the time. They got mutilated – these two political parties. We’re really proud to be the only party to represent South Africans, because if you look at ActionSA support, it’s from Alexander across the freeway, it’s in Sandton, Waterkloof [and] in Mamelodi.

That’s an actual true representative of South Africa. Black, white, rich, poor. We’re the only party that can claim that; not claim it academically or ideologically. Look at the result of our performance in Sandton, Waterkloof, Morningside, Alexandra and Soweto. So, we’re the only party that can claim that. Others exist in one constituency. The DA will exist in the white communities, ANC will only exist in the black communities. None of them can claim to have the kind of support that we have.

On ActionSA contesting nationally in 2024:

Our 2024 project is already underway. At the moment, we have a section as three chairpersons of the three provinces: Makhosi Khoza in KZN, John Moodey in Gauteng and Vytjie Mentor in Cape Town. By the end of March of next year, I need to really have chairpersons on a full-time basis of the balance of the six because [in] 2024, we are going to contest nationally. That is why for us, rushing into a coalition with people who are not honest is not going to happen. We are happy for me to serve as an ordinary ward councillor. Obviously if our negotiations with other parties, including the DA, do not succeed, then that’s fine.

We are happy to step aside. It affords me the opportunity to travel the length and breadth of South Africa to set up ethical leaders. I can tell you, our success is going to depend on ethical leadership, which is rare and very difficult to find in this country at the moment. I have to ensure our capacity and our intelligence network are not going to be disrupted, because we are in a game where it is easy to be sabotaged if you are not very careful. We gather against the IEC to make sure we’re not going to be sabotaged, including the IEC, which we don’t obviously really trust.

As part of our 2024 project, we are now going to participate in all by-elections, not only in the six municipalities where we see an opportunity. Once we’ve got a structure, we have got to start building our capacity towards 2024. The luxury that we did not have in preparation for the local government elections, we could not participate because we needed to have strong structures. Now we’ve got strong structures. We’ve got a very strong ethical voter base.

On whether ActionSA is a colour-bound political party:

The voters of this country – in those six municipalities where we contested – have given me hope again that it is possible to build a non-racial South Africa, an equitable one and that people are committed to this project. We had just one year; we launched at the height of Covid-19. Now we’ve got an opportunity to build towards 2024. We are going to unapologetically build a non-racial South Africa [with] ethical leadership. We’re going to fight corruption [and] deployment. We are going to fight self-saving political ambitions. We are in this game to serve society.

On ActionSA coming to a negotiation with other political parties:

At the moment, we’re really in a very precarious environment. I honestly don’t know whether we will be able to form a government in Tshwane and Johannesburg. We had an opportunity if we entered these negotiations with good intent. But I don’t know. I really wish that we succeed but, unfortunately, I don’t believe we are all negotiating in good faith. We are going to be at the meeting [19 November] with the DA, the Freedom Front Plus, UDM and ACDP to see if we can come to our senses. [We need] to really understand that the voters have decided no one gets a majority in these municipalities and see if we can form a government.

ActionSA is committed to this process, but we want to make it really very clear that we don’t want anyone to come and tell us that they are a big party. My view is that you’ve got to show respect to all the parties that are going to coalesce with you. So, we’ll meet and have a press conference immediately thereafter. I hope these parties will come to the meeting. Some of them have not yet confirmed whether they are coming officially. We are committed to this project. We are going to operate in total good faith but we are not pushovers. That’s one thing people must understand. We are going to negotiate what is in the best interests of the country. We’re going to put South Africa first and our political party second.