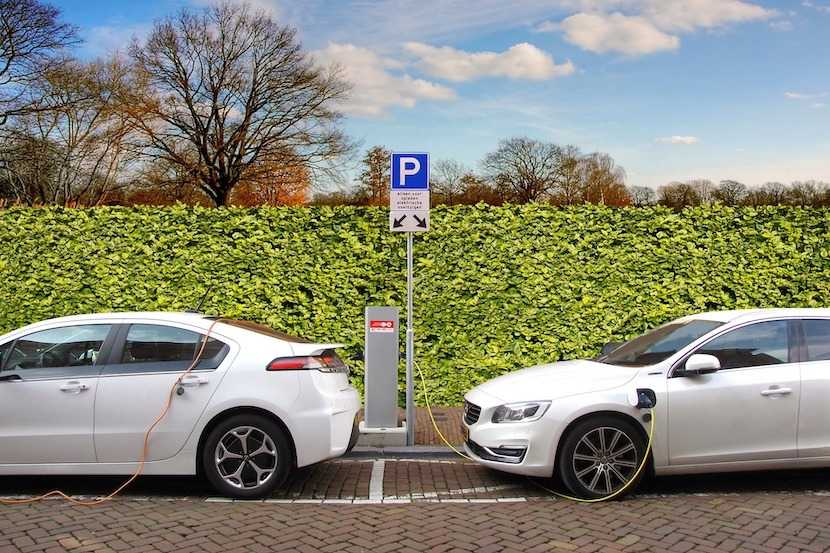 Proponents of a wholesale switch to electric cars haven’t considered how this might punish consumers in lower- to middle-income countries (LMIC) where they are mostly out of reach, not to mention left powerless by Eskom-type utilities and a lack of government-provided support infrastructure. John Kane-Berman of the Institute for Race Relations has a pragmatic look at the likely global situation in a few decades, despite the immense hype being generated by a strong segment of car manufacturers and climate change activists. He concludes that tax breaks favour the rich, punishing poorer taxpayers with a highly questionable net carbon emission reduction. In South Africa, Toyota’s CEO Andrew Kirby hasn’t minced words. Wholly electric cars won’t be mainstream here anytime soon. Think about the cost to government in providing infrastructure and load shedding. Think pro-poor government policy. This article was first published on the Daily Friend. – Chris Bateman

Several weeks ago Tesla Inc, the electric car manufacturer founded and run by Elon Musk, reached a stock market capitalisation of more than a trillion dollars. The share price leapt to put the company at this level on news that Hertz would buy 100 000 of the company’s electric cars for its rental fleet.

Nobody, said The Wall Street Journal in an editorial, should begrudge Mr Musk his commercial success. But, the paper asked, with reference to various incentives for the manufacture and purchase of electric cars: “Why does Tesla still need subsidies to make, and consumers to buy, electric cars?” A tax write-off of $7 500 in operation in the United States (US) for some time will now be increased. The Europeans also provide incentives: France, for example, offers private buyers the equivalent of €6 000, and Germany €9 000, while the British subsidy is £3 500.

Tesla is not the only beneficiary of taxpayer largesse. The Journal noted that General Motors had been among the companies “aggressively” seeking to tax other Americans to stimulate its electric vehicle business. That company had now issued a statement applauding Joe Biden’s lavish green energy spending plans, which, the company said, would “accelerate the adoption of electric vehicles”. General Motors was accordingly one of the companies that signed an accord in Glasgow recently to get rid of cars with internal combustion engines.

According to The Economist, the transport sector accounts for 17% of global greenhouse-gas emissions, most of this coming from motor cars. The Glasgow accord seeks to make all new cars and vans zero-emission by 2040 globally, and by no later than 2035 in leading markets. The United Kingdom signed, but America, China, India, France, Germany, and South Africa did not. Nor did Toyota, Volkswagen, Nissan, or BMW. The countries which signed represent a fifth of the global car market, while the manufacturers which signed produce about 30% of the cars sold worldwide.

One reason why some manufacturers failed to join the accord is that there was no commitment from governments to ensure that the necessary charging and grid infrastructure would be built to keep electric cars on the road, although President Biden’s new infrastructure bill includes $7.5 billion for more charging stations.

In South Africa, Toyota is looking to government support for fully electric cars. Andrew Kirby, its president and CEO, recently said that their cost would not be viable for many customers without government support packages of the kind available elsewhere to establish a strong demand.  He also said, however, that all-electric vehicles, as opposed to hybrids, were unlikely to be mainstream in this country any time soon. This was because the primary charging location would be in people’s homes, which were subject to load-shedding.

Mr Kirby spoke of the support packages available elsewhere. These include not only direct subsidies and tax credits, but plenty of other things, not least the enormous costs to taxpayers of rolling out charging stations and related infrastructure across the country.

These packages amount to subsidies to purchasers of luxury cars financed by taxpayers, among whom would be millions of people in South Africa and elsewhere who cannot afford the cheapest entry-level vehicle, or even a second-hand car. Many of them can barely afford train, bus, or taxi fares, while a stolen bicycle can be an economic disaster.

Boris Johnson plans to outlaw the manufacture of internal combustion engines, and wants all cars sold in Britain to be electric by 2030. Although the US did not sign the Glasgow accord, Joe Biden has previously decreed that half of all new vehicles sold in 2030 must be electric.

Western leaders aiming to rid their countries of internal combustion engines and replace them with electric cars have embarked upon a formidable undertaking. According to McKinsey, “non-electric” cars constitute 99% of the global fleet. According to The Economist, battery-powered electric vehicles accounted for 5% of total car sales in the first half of this year, and hybrids for another 2%. The magazine said that if global warming was to be limited to 1.5 degrees Celsius above pre-industrial levels, the share of light-duty electric vehicles (including plug-in hybrids) would have to grow to 75% by 2030.

Taxpayers will have to fork out vast amounts for charging stations. The manufacture of batteries will require enormous investments in mining and manufacture. Storage technology will have to grow by leaps and bounds. Economies of scale may in due course reduce the price of electric cars, but until that happens taxpayers will have to bear the cost of subsidising the changeover from one kind of vehicle to another.

And then there is the question of electricity. Internal combustion engines rely on fossil fuels. Now these will have to be replaced by electricity for hundreds of millions of electric car owners to charge their batteries at home and at work. A recent British parliamentary report warned that the national grid may not be able to cope with the wholesale switch to electric cars, raising the possibility that charging hours may need to be regulated. Since coal is supposedly on the way out, while green lobbies are hostile to oil, gas, and nuclear, the Western world’s cars will have to rely on electricity generated by wind turbines and solar panels, themselves of course also subsidised and able to supply electricity only intermittently.

In South Africa, even if they are unfairly subsidised, the electric cars about which Cyril Ramaphosa enthuses will be sensible purchases only for people able to generate all their own electricity to charge their car batteries. Other owners of electric cars would be surrendering their motoring freedom – to get in their cars and drive when and where they choose –  to years of load-shedding by Eskom, which would be a crazy thing to do.

And the goal of “net zero” will remain elusive. Instead of burning petrol or diesel in their engines, motorists will be compelled to use electricity to drive their vehicles. If not directly generated using fossil fuels, this electricity will have been manufactured by solar panels and wind turbines produced and transported across the oceans using machinery and engines driven by fossil fuels. The batteries used to store electricity will themselves have been manufactured and transported by processes using fossil fuels. The pollution generated by internal combustion engines would simply have been exported by owners of expensive eco-cars to poor countries.

Air in cities will be cleaner. But at the end of the day it is still unclear how much less carbon intensive – if at all – the entire global process will turn out to be than simply continuing to put fossil fuels straight into motor engines.