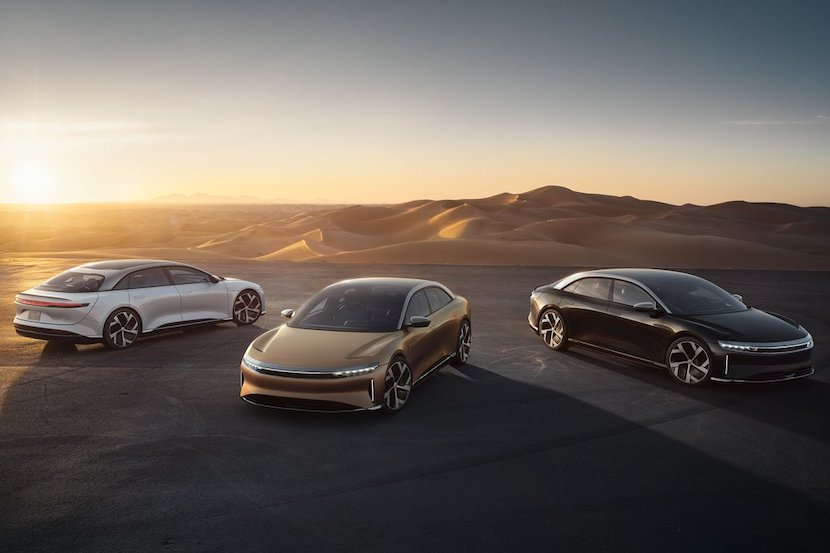 Electric carmaker Lucid has said reservations for their debut car, the Air, have surpassed 17,000. This follows the 13,000 figure the company reached in the quarter ending 30 September. The California-based manufacturer says this represents an order book of more than $1.3bn.

This is according to Automotive News Europe, which reports the company has built its balance sheet up to $4.8bn, using the earnings statement to assert its guidance to build as many as 20,000 vehicles in 2022.

Lucid is confident of reaching this goal but acknowledged the myriad disruptions to the automotive industry that may threaten this. The shortage of semiconductor chips across the world, as a result of the Covid-19 pandemic, has seen various manufacturers taking drastic measures. While some have slowed production, others have had to shut down plants for the foreseeable future. As an example, BMW has taken to building vehicles without touchscreen functionality as a way around the chip crisis.

The electric vehicle maker has revealed, however, that it is taking steps to work around this and reduce risks.

Shares in Lucid rose 4%, with the stock up by a significant 85% since listing in July. Barrons reports Lucid generated just $232,000 in revenue, although the company has a considerable market capitalisation of approximately $90bn. This is more than established brands such as Ford and General Motors.

The 14-year-old brand is being billed as a competitor to market leader Tesla, with cutting-edge battery tech that can rival the best Tesla has to offer. Interestingly, Lucid CEO, Peter Rawlinson, was the engineer responsible for the Tesla Model S sedan, currently one of the world’s most desirable electric luxury vehicles.

Automotive News Europe also reports that Lucid’s first quarterly earnings announcement comes a few days after Rivian’s initial public offering (IPO). Unlike the premium offerings from Tesla and Lucid, it has a focus on electric off-roading vehicles. The Wall Street Journal reported Rivian’s IPO was the largest since 2014 and the sixth largest in US history. Despite delivering just several vehicles, it too saw its value shoot through the roof, besting aforementioned GM and Ford.

A concern plaguing many would-be EV owners is the topic of range. Lucid’s top model, the Dream Edition Air (priced at $169,000) is capable of travelling up to 837 km on a single charge, beating many petrol and diesel-powered rivals. The company, which only started vehicle production in September this year and plans to deliver fewer than 600 units of the limited-release model, according to Automotive News Europe. Plans are afoot to introduce a less expensive Air luxury sedan, at $139,900.