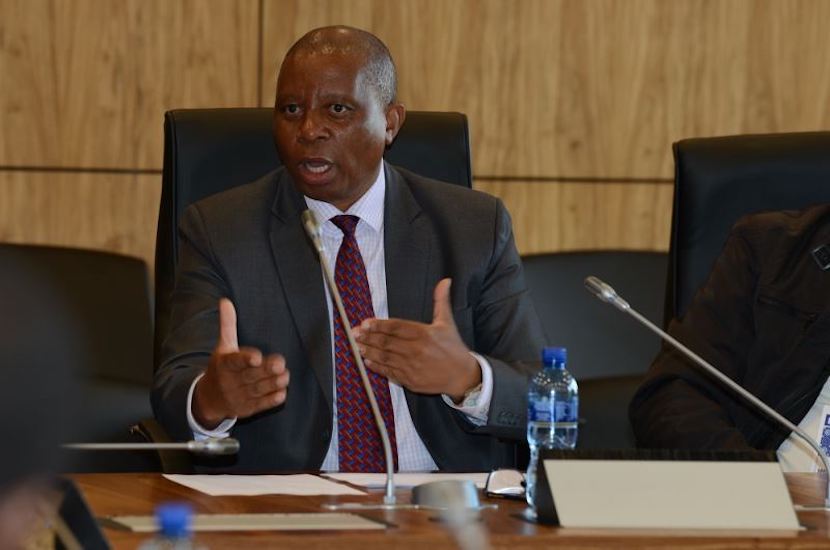 In spite of being written off by pundits, pollsters and most publications – and having its logo removing on voting forms – Herman Mashaba’s ActionSA was still the big winner of SA’s 2021 Local Elections. The party’s strong showing only a year after being formed did not surprise everyone – Mashaba delivered the opening address at the first BizNews Investment Conference in March. His message resonated among those in the room – and tens of thousands who watched the recording. Having achieved the initial objective of ejecting the ANC from governing Gauteng’s three major metros, Mashaba tells Alec Hogg of BizNews what he will be focusing on during the next two years to ensure a similar exit for the ANC from national rule in 2024.

Herman Mashaba on the past 12 months

When I realised, a few years ago, that my country was going the wrong way – and realising the opportunity we as South Africans have got with our constitutional framework and my privileged financial position – I decided I’m not going to really be an armchair critic. I’ve got to do something. It was so clear that things were not okay in South Africa and these are things that can be fixed. But they can’t be fixed by nature. They need to be fixed by individuals like [myself] and everybody else. I’m going to do everything possible to fix my country.

I discussed this with my family literally every day; I’m really so grateful to them for having allowed me, firstly, to enter the political space and, secondly, to give me the necessary resources to start this movement to save and fix South African. I’m really grateful to my wife and the family [for] believing in me and allow me the space not to be in a mental institution because honestly, if I wasn’t doing this job, I’d probably be in a mental institution because I was not prepared to see things deteriorate to a level where we are destroying human lives.

We are destroying opportunities. We are becoming a country with laws, with a constitution deemed to be the best in the world. But the Constitution – the very same people who actually developed it are the ones who are actually destroying it.

I’m grateful to this country for giving me opportunities. First, in my early 20s, when the apartheid government said I can’t go into business. I took a chance and South Africa really rewarded me handsomely. At the age of 58, to be given an opportunity – instead of going to play golf – to serve my country. For me, it’s really one of the greatest gifts any human being can get. I really believe I’m one of the most fortunate human beings on earth.

On unseating the ANC

I took over public office to remove the ANC, using the Constitution, because I strongly believe that it is possible to remove them. I first tried to do that through the DA and realised in the process that the DA is not committed to the removal. When I had differences with them, that’s when I realised I’ve got a bigger problem and [when I announced] my resignation, people said I should start [my] own political party. I’m actually grateful of the fact that even after we dislodged the ANC from the three big metros in Gauteng and started negotiations with the DA, at the last minute, the day before we could finalise the agreement – so we could remove the ANC from the metros – the DA decided to pull out of negotiations.

Pulling out of these negotiations, [would have given these] metros to the ANC. I said, “No, it’s not going to happen.” I remember the Sunday before the first council meeting to elect mayors. I was in Zoom meetings from 9:00 in the morning until just after 11:00. [The DA was] adamant they are going on their own. Basically what you’re saying [is] we’re given this to the ANC. For some reason, I woke up [the next] morning and an idea came to my mind. I said, “No, I’m not going to let this happen. I’ve got absolutely nothing to lose.” I’m a risk taker.

That’s when I decided to take advantage of the pronouncement the EFF [had made] during the week; they didn’t want anything to do with ANC. That’s when I decided to take a chance. I picked up the phone and called Floyd Shivambu. I said, “Floyd, let’s save this country. Let’s save these metros from the ANC. Let us surprise the DA, let’s force the DA into government and we can negotiate with them afterwards.” Fortunately enough, everything else is history. The ANC is out of the three metros in the city of Johannesburg.

As ActionSA, we are not only the party that is committed to the unseating of the ANC; we have demonstrated our ability and we are going to do that in 2024. God has put me in such an ideal position right now, not to have won outright to be the mayor of the City of Johannesburg. If I had won outright as mayor of a city with over R200 billion of infrastructure backlog, right now I’d be working there 48 hours a day. I was going to lose focus on 2024. Now, I’m in such an ideal position –  I’m an ordinary councillor. I’ve put in some of the best talent in this country to be our MMC’s, to represent Action SA in this arrangement, so we can demonstrate to South Africans that we can deliver.

Johannesburg and Tshwane will be stable for the next five years because we’ve managed to really put together a government with majority. In Ekurhuleni, if we can approach this coalition arrangement with society at the centre of everything that we do, I strongly believe we can still succeed in running a stable government. It is not going to be as stable as Johannesburg and Tshwane [as] we have got majority there. If we can engage other parties when you formulate the government – and treat people with respect – because at the end of the day, it’s not about political parties, it’s about society. If we can put society at the centre of why are we doing the job that you are doing, I cannot see how and why we should fail.