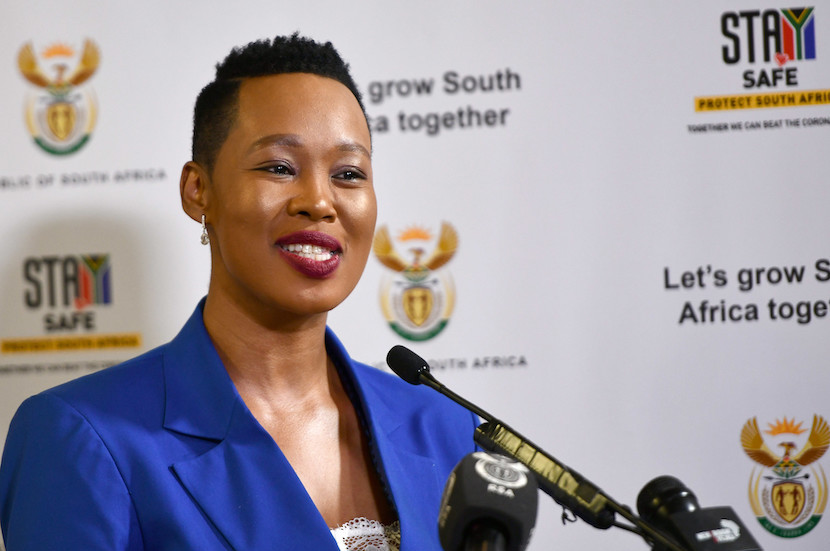 Bureaucrats need rules to justify their existence and politicians love to speak about illegality, after passing laws, the net effect of which is to increase not alleviate poverty. This hard-hitting piece slams regulations enabling officials to close or harass small and micro-medium enterprises, for no other reason than that they are not registered (and probably ignorant of such requirements). Not health and/or safety mind you, but petty rule-bound detritus that cuts off enterprising traders’ only source of income. The Free Market Foundation, quoting an article in TechCentral, cites this finding by the World Bank: SMEs play a major economic role, particularly in developing countries, accounting for the majority of businesses worldwide and creating jobs (SA’s unemployment now at 46,6%). They represent 90% of businesses and over 50% of employment worldwide. Formal SMEs contribute up to 40% of national income (GDP) in emerging economies. These numbers are significantly higher when informal SMEs are included. Our government is stumbling backwards, shouting progress… – Chris Bateman

On January 24th, Minister Stella Ndabeni Abraham proudly told the public, “We have a responsibility to enforce regulatory compliance in the SMME (small, micro and medium enterprises) sector and close businesses that are trading illegally.”

It should be noted that by “trading illegally”, she doesn’t mean trading that violates the rights of anyone; she simply means trading outside the regulatory framework imposed on businesses, a framework that destroys many businesses and jobs.

Trading illegally is similar to being illegally employed under apartheid laws that reserved certain jobs to whites alone. Businesses violating the law, by hiring non-white workers, were employing illegally. There is a world of difference between illegal acts, which harm others, and those that help others but are foolishly made illegal by a destructive zeal for regulation.

I do cringe a bit at calling such crusades witch-hunts because there are no such things as witches. But there is such a thing as job creation and that is what the minister of ‘small business development’ is promising to stop. Instead of developing small business, enforcement of over-regulation destroys small businesses and jobs. The task before the minister should be one of actually creating jobs. One prime reason unemployment levels are so high is because the regulatory state stands in the way of job creation.

The World Bank, on the other hand, sings the praises of the role of small business in terms of economic development and job creation:

“Small and medium enterprises (SME) play a major role in most economies, particularly in developing countries. SMEs account for the majority of businesses worldwide and are important contributors to job creation and global economic development. They represent about 90% of businesses and more than 50% of employment worldwide. Formal SMEs contribute up to 40% of national income (GDP) in emerging economies. These numbers are significantly higher when informal SMEs are included.”

The people who are employed in these companies are often those with the least ‘credentials’ business-wise, but what they lack in credentials they make up in determination. For many, the jobs they create for themselves are their only option. It is their means to escape utter poverty and worrying about bureaucratic paperwork is one of their least concerns. Many of them have no concept of the red tape and bureaucratic mazes that governments like to create.

It is so much easier for a politician to deal with a large corporation and for the career bureaucrat, deals with big business are often a lucrative option as well. They can finish their ‘public’ career and find a cushy politically connected job with one of the corporations that helped them regulate markets. It was good for big business and it was good for politicians. It just wasn’t good for the country or the unemployed.

Politicians and bureaucrats know who is most likely to offer them a R3m salary when they retire, and it isn’t the spaza in the township or the street vendor downtown. The corporations that can manoeuvre through the bureaucratic maze are filled with the privileged, the very people most likely to do well in any system. It’s the people who don’t understand the maze, or even fathom the idea there are ministers of government intent on waging war on small businesses, who need jobs the most.

These small informal businesses are often the only lifelines poor South Africans have for goods and services. So, a crackdown on ‘illegal’ needed services doesn’t just increase poverty for those who feel the wrath of bureaucracy, it also harms the customer base they serve ,  who so many others intentionally ignore.

Often the people who fail to read the regulations are the very people who have the least education to begin with and are the most desperate to find a way to economically survive. These are people who have been failed by the current and previous governments their entire life. Instead of waging war on them, the minister would best serve the country by finding ways to help them survive, not close them down.

This doesn’t just mean having fee-free methods of legitimising a business, but staff whose only job is to help these businesses comply with the requirements. But, it is also critical they start eradicating irrelevant requirements to make it easier to register. Even those aware of the roadblocks to success set up by the state often have no choice but to operate informally, at least partially.

The International Finance Corporation urges the South African Government to try “reducing bureaucratic complexity and the costs involved with registration will help to encourage formalisation. In addition, providing hands-on assistance to small businesses registering would help them to navigate the process with more confidence and ease.”