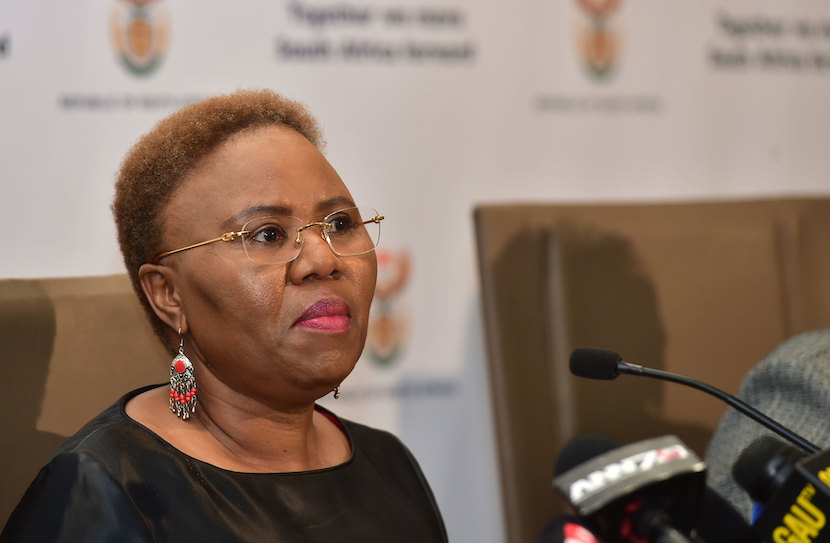 After reading the context of the social relief distress grant regulations being ‘smuggled in’ without parliamentary oversight by Social Development Minister Lindiwe Zulu, it seems a fox is guarding the henhouse. If the henhouse is our economy and the hens our populace, then introducing these arguably unconstitutional rules will be the financial equivalent of Newcastle disease. Put another way, the virtual blank cheque it gives the minister, unless used wisely, will tip us over the fiscal cliff. The reasons for this are eloquently outlined by Anthea Jeffery, policy chief for the Institute of Race Relations. She says the hugely flexible regulations even contradict the National Treasury’s budget review this year, which is adamant that “any permanent extensions of social support need to be matched by new tax measures or expenditure reductions”. Consider our paper-thin tax base and reach your own conclusions about whether this would accelerate an exodus of funds and companies. Poverty alleviation? Not so much. Socialist development? Very much. Article published courtesy of the Daily Friend. – Chris Bateman

Smuggling in a permanent income support grant via the back door

Lindiwe Zulu, minister of social development, is seeking to smuggle in a permanent ‘social relief of distress’ grant by means of regulations on which she has allowed a scant three weeks for public comment.

Under these regulations, the social relief of distress (SRD) grant for adults with insufficient means will have whatever value and duration the minister may prescribe. The grants paid out need not be limited “to the budget made available for this benefit” and may be extended (for three months at a time) for as long as recipients are “still in need of assistance”.

In some respects, the minister’s regulations – gazetted on 22 February 2022 under the Social Assistance Act of 2004 for comment by 13 March (the new Regulations) – echo the 2021 rules dealing with the SRD grant.

According to both the new regulations and the 2021 predecessor, “the value of social relief of distress” grants may be set at various levels.  In the case of ‘a single person’ awaiting payment of an approved social grant, the value of the SRD grant may be pegged at the maximum amount of an older person’s grant, currently R1,985. In the case of a child in this situation, the SRD grant should not exceed the child support grant (R480), except where the care dependency (R1,985) or foster child (R1,070) grants are applicable and thus determine the maximums payable.

Both the 2022 and 2021 rules go on to state that, where the SRD grant is needed to help counter a disaster, the amount paid to each affected household may be a once-off payment not exceeding the monthly old-age pension. However, it may also be an amount determined by the South African Social Security Agency (Sassa) to “provide humanitarian relief to displaced persons”. How much humanitarian relief might be made available is not explained.

In practice, the SRD grant has been pegged at R350 a month since it was introduced in 2020 to help counter job losses and increasing destitution under the Covid-19 lockdown. However, there is nothing in the 2021 or new regulations to cap the grant at this amount. Moreover, the new regulations break fresh ground in stating that, in cases of insufficient means, the SRD grant is to have “the value and duration prescribed by the minister”. There are no apparent limits to her discretionary powers in this regard.

What the national budget provides for SRD grants may be irrelevant too. According to the new regulations, Sassa “may limit disbursements to the budget made available for this benefit” (emphasis supplied). But ‘may’ is different from ‘must’, which suggests Sassa might disregard what the budget allows.

How high could the SRD grant go in future years? A recent report, compiled by an expert panel comprising seven academics under Professor Alex van den Heever, chair of social security systems administration and management studies at Wits University, provides some possible figures. This expert report, which was completed late last year, begins by recommending that the current R350-a-month SRD grant with its 10 million or so beneficiaries should be retained for an additional year. This is also what the February 2022 budget now authorises.

The report further recommends that the country should thereafter shift to what it describes as a “viable entry-level” option: a basic income support (BIS) grant paying R595 a month (the food poverty level) to 27.5 million people and costing some R181bn a year. The report urges that this BIS grant should thereafter be raised in incremental steps to R1,300 a month, the upper-bound poverty level. The grant would then cost some R430bn a year, which is more than the entire social development budget of some R410bn in 2021/22.

Some BIS proponents argue the grant can easily be funded through increased borrowing and limited tax increases. The cash injection from the grant, they say, would stimulate demand among lower-income groups, which in turn would push up growth and generate more revenue, mainly through extra VAT.

But Wits University adjunct professor, Michael Sachs, has cautioned that a BIS grant will not help stimulate growth and would have to be financed by raising either VAT or personal income tax. Said Sachs at a Department of Social Development webinar last year: “Ultimately, every rand spent on BIS will have to be funded by an extra rand of taxation, either now or in the future.”

However, South Africa’s tax base is unusually narrow. This is primarily because almost half the population is unemployed (on the expanded definition), while millions of registered taxpayers earn less than the income tax threshold. The tax burden is already very high, moreover, and cannot easily be increased without deterring already limited fixed investment and promoting a further flight of capital and skills.

In addition, the country is drawing uncomfortably close to a damaging ‘fiscal cliff’. South Africa’s fiscal cliff study group defines the fiscal cliff as the moment when all tax revenues collected are spent on payments to civil servants, social grants and debt servicing costs.

Then, however, came the mining tax bonanza triggered by recovering economies and rising commodity prices. This has averted the fiscal cliff for now, but spending on public servants, social grants and debt servicing nevertheless stands at 75% of estimated tax revenues in the February 2022 budget.

The closer the country comes to the fiscal cliff, the more consumption spending will drive out investment spending on the infrastructure, plant and machinery vital to increased productivity and faster growth. Without growth, moreover, unemployment will continue to increase. This will leave ever more people with insufficient means and in need of social grants that the country will not be able to sustain.

This helps explain why the National Treasury, in the February 2022 Budget Review, was adamant that “any permanent extensions of social support need to be matched by new tax measures or expenditure reductions”.

But the new regulations ignore the Treasury’s injunction in its crude attempt to smuggle SRD grants of uncertain amounts and indefinite duration on to the rule book.

These SRD grants would be similar in practice to the BIS grants advocated in the recent expert report. However, since no-one can predict the size of these grants or how many people would qualify for them over time, no accurate costing of what the new regulations authorise can even be attempted.

What is certain, however, is that the new regulations are seeking to make a small temporary grant into a large permanent one. Worse still, they are intent on doing this via the back door, rather than through the normal parliamentary process, and hence without informed debate or adequate assessment of likely costs and consequences.

If the new regulations are adopted in their current form, the fiscal cliff will draw closer, growth will wither further, public debt and interest payments will expand, unemployment will worsen, and the jobless poor are likely to become ever more dependent on shrinking social grants that cannot be maintained.

South Africans wanting to avoid these outcomes must speak out strongly against the new regulations, which are unconstitutional in various ways. Among other things, the new regulations are too vague to comply with the rule of law, which requires that laws of all kinds be certain and clear.

The new regulations are also inconsistent with Section 27 of the Constitution, which authorises the state to provide access to “appropriate” social assistance but obliges it to take “reasonable” measures towards this end and to act within the limits of its “available resources”.