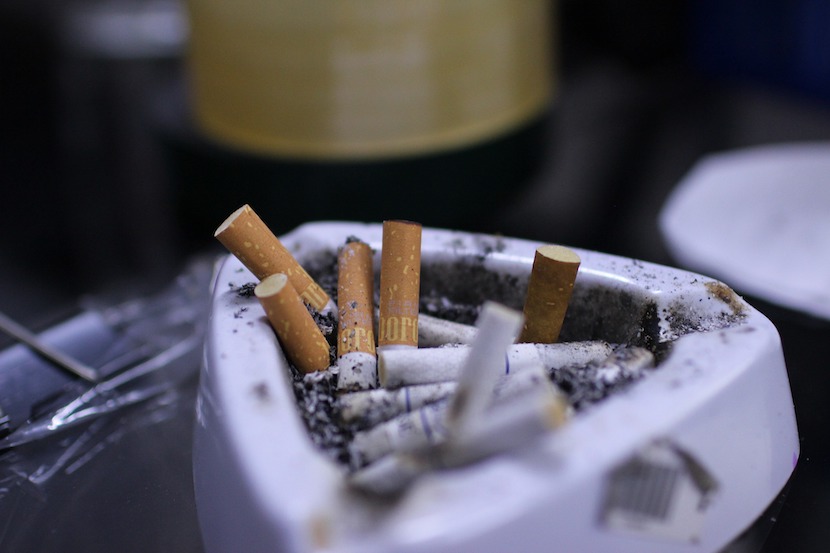 This is a fascinating argument. It pulls in the reader before delivering the knockout blow near the end. Even if South Africa were a theocracy headed by say, a Catholic Pope, slapping ‘sin taxes’ on the population would not be right, simply because nobody has the right to arrogate God-like powers to themselves. There I was thinking to myself, “He’s missed the less obvious justification for ‘sin-taxes’; keeping your population healthier in a way that serves both the individual and society.” Yet, I was wrong, as an enjoyable read reveals if you just stick with the build-up of logic by Free Market Foundation legal researcher Zakhele Mthembu. Suffice it to say – without giving away his punchline – the provisions of our Constitution and the spectacular lack of service delivery in return for our taxes are the appetizers in consuming this tasty morsel. – Chris Bateman

Government is not God

Finance Minister Mr Enoch Godongwana recently presented the 2022 Budget Speech. He announced further increases on what has been termed ‘sin’ taxes; the well, which never runs dry that is the pockets of drinkers and smokers is a favourite of government. One ought to wonder who exactly appointed the government the entity responsible for deciding what sin is and is not, and whether to punish me for it?

The budget saw the finance minister finally acknowledge the necessity for South Africans to keep more of their money by paying less tax; an announcement of adjustments to the income tax brackets to give effect to that assertion is a welcome action on the part of the state.

We should stress the current adjusted brackets are still quite unreasonable, particularly on high-income earners. These individuals pay tax rates similar to their First World counterparts, without the benefits they ought to theoretically accrue from high taxes such as quality education, security and basic administration.

South African high-income earners must make do with well over a quarter of their productivity going to a state they hardly ever interact with, thanks to the necessity of private medical aid, private schooling, and private security. This necessity was created by the state, which taxes us as South Africans to provide these services, and has proven incapable of doing so at acceptable standards for those to which they are rendered.

Income tax and corporate tax have a reasonable justification, at least in theory, or in countries where public services are not in collapse. South Africa is not one of those countries, of course – as anyone who pays over 25% of their justly earned capital to the state will tell you – as they pay for medical aid, private school and a private security system. Still, these taxes have somewhat of a justification.

Sin taxes, on the other hand, have a justification premised in moralising, as their name suggests.

An American legal scholar, Lysander Spooner – an abolitionist (opponent of slavery) – wrote an essay titled ‘Vices are not crimes.’ He outlined the case for how the state, the power of law, ought not concern itself with vices; that is, those actions or behaviours which are supposedly harmful to the self when done by the self. Rather, it should concern itself with crimes, those actions or behaviours harmful to others and their liberties.

This approach was consistent with the then United States Constitution, which was not a theocracy premised on certain moral codes as, for example, a constitution of a Christian/Muslim state would. This approach of leaving every man be if he is not harming anyone, is also consistent with our Constitution in South Africa. The South African state, premised on the Constitution, is not a theocracy. Therefore, it cannot seek to put itself in a position to tax people’s ‘sins’.

The rationale behind those who support sin taxes would be that they are disincentivising the harmful practice of smoking. As we have mentioned, if an action does not harm another, there is no logical basis to seek to force the person performing that action to change it. There is another justification for sin taxes: mainly that smokers become a burden to the health system owing to their vice.

Yet, this fails to account for the fact that smokers pay taxes, exactly like everyone else; for instance, the income tax we mentioned earlier. Instead, these ‘sinners’ are currently taxed multiple times instead for services, those smokers who happen to be at the high end of income earners, hardly even use! The state, since governed and premised on the Rule of Law, ought to have as its guiding maxim the equality of all before it. The targeted taxes aimed at specific groups within the population is anything but equal treatment before the law.

The fact that such inequality before the law happens using laws of general application does not make them any less unjustifiably discriminatory. Apartheid edicts were laws of general application that also limited people’s rights. I mention apartheid laws because there are those among us who like speaking of how rights – like the right to privacy expressed by deciding what goes into one’s body or not through smoking or drinking – are not absolute. Whenever the abuse of their limitations, like in the instance of targeted taxes at smokers or drinkers, is discussed.

Treating smokers or drinkers differently because they take different actions than say non-smokers violates the right to equality. Policies like progressive income taxation also represent this inequality before the law, one which we have sadly accepted as normal.

Smokers, drinkers – the ‘sinners’ of this Republic – have been under attack from an executive and legislature that is supposed to be working for them. This includes the courts that endorse rules like banning the sales of tobacco or alcohol during the state of disaster, which is still ongoing!

The government has deemed it acceptable to take more of your money should you decide to buy yourself a drink or a cigarette. They have made themselves God and judged you sinful. The entire exercise is absurd and as a matter of principle, all sin taxes must be abolished. For no government, least of all ours, can judge and punish people for their ‘sins’.