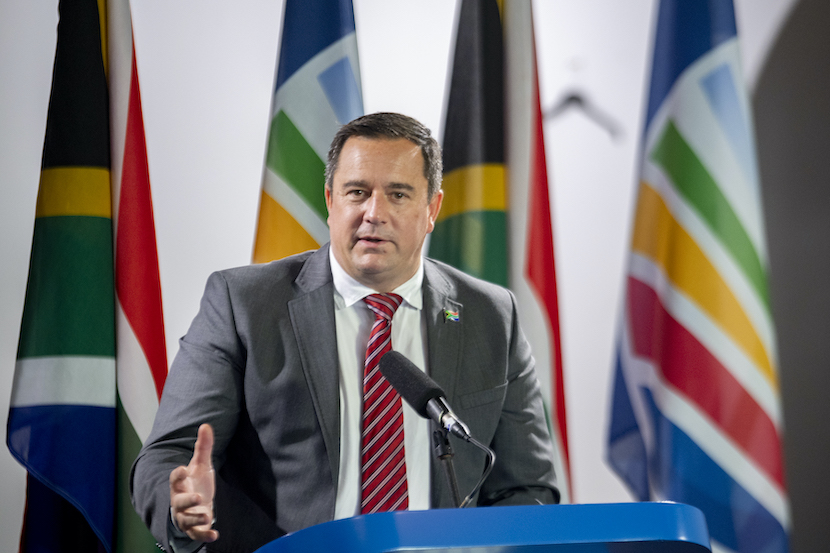 The first thought that comes to mind on reading DA leader John Steenhuisen’s reasons for his outright rejection of BBBEE, is just how effective the ANC’s racial narrative is. Accepting the deeply wounding and tragic racial legacy of apartheid, when you fail to engage with any criticism of your policies and simply slap the racist/anti-transformation label on your opponent, you remove any chance of meaningful debate. It’s the cancel culture card and the ANC is adept at playing it to further its obstinate adherence to a socialist ideology that has wrecked economies wherever practised. BBBEE has doubled the number of unemployed black South Africans from 5,7 million to 11,3 million during the past 14 years, says Steenhuisen. It has enriched a minority of politically connected individuals – of all races – at the expense of the black majority. Add in cadre deployment and tally up the cost of state capture and you can see this is an ideology that creates oligarchies, not equal societies. – Chris Bateman

On Monday, in his weekly newsletter, President Ramaphosa came out guns blazing for BBBEE, the ANC’s approach to redressing the injustices of South Africa’s apartheid and colonial past, saying it is “a must for growth”.

This is not just a president living in fantasyland. This is a president actively deceiving a nation. And he knows it. But he does it anyway, because BBBEE is the glue that keeps his faction-riven party from falling apart.

After 19 years, it’s time to admit that BBBEE has failed and needs replacing with the DA’s Economic Justice policy, or something similar.

First, it targets the poor black majority for redress, rather than a small, connected elite. It does so by directly addressing the key drivers of inequality of opportunity rather than relying on “trickle down redress”.

Third, it promotes rather than undermines economic growth by attracting rather than deterring investment.

According to the government’s website, “the fundamental objective of the Broad-Based Black Economic Empowerment Act, No. 53 of 2003, is to enhance the economic participation of black people in the South African economy”.

On Tuesday, the latest Quarterly Labour Force Survey revealed that the official broad unemployment rate amongst black South Africans in Q1 of 2022 is 50%, up from 36% in Q1 of 2008.

This equates to a doubling of the number of unemployed black South Africans from 5,7 million to 11,3 million during the past 14 years. (2008 is the earliest year that StatsSA gives employment data for.)

The fact is, after 19 years of so-called ‘broad-based’ BEE, inequality and black poverty are at record highs and there are more black people locked out of the economy than ever before.

Of course, the black unemployment rate and the black poverty rate are not the only measures of black economic participation. But they are surely the most important.

BBBEE has so obviously failed in its fundamental objective of achieving broad economic inclusion for the black majority.

Worse still, it has profoundly harmed this group.

Nineteen years down the line, it is now clear that BBBEE has enriched a small number of politically connected individuals – of all races – at the expense of the black majority.

This actively and disproportionately harms the poor black majority who most suffer the consequences of inefficient and ineffective state spending, since they are most dependent on the state.

The DA is resolute that cost and competence must take priority in government procurement. Over-priced and unfulfilled or badly delivered contracts hurt the poor black majority because that is the group most reliant on government services.

BBBEE, operating in tandem with cadre deployment, is the mechanism whereby R1.5trn was lost to state capture and R14bn to Covid-19-related PPE theft, and whereby R238,000 was paid for a wooden mop, as Eskom reported last year. Inflated tender prices are not the exception; they are the norm.

Hence, not only has economic disadvantage been perpetuated for the black majority, but the gap has widened.

BBBEE has also harmed the black majority by deterring investment.

A must for growth?

The only thing that grows an economy is investment in productive enterprises. BBBEE is a major obstacle to this, not only because compliance is difficult and costly, but because it has engendered a corrupt, patronage-driven, incapable state.

In 2016, the EU Chamber of Commerce in South Africa indicated BBBEE legislation as its top legislative impediment, and top three challenge overall to doing business in South Africa.

This model promotes investment, because investors, shareholders and analysts look for companies with strong SDG awareness and commitments. Rather than being deterred by the BBBEE model, investors are attracted by the SDG model.

As President Ramaphosa correctly pointed out in his newsletter on Monday: Economic transformation and economic growth are intertwined. There cannot be one without the other.

Growth is essential for two things:

Whereas BBBEE is anti-growth and exclusive, the DA’s Economic Justice policy is pro-growth and inclusive.

South Africa desperately needs a radically different approach to redress and inclusion. We can win the fight against our deeply unequal, unjust past. But the only way to do it is to ensure economic opportunities are available to all, not just the elite. The DA’s Economic Justice policy does that. Our approach to broad-based transformation will succeed where BBBEE has failed.