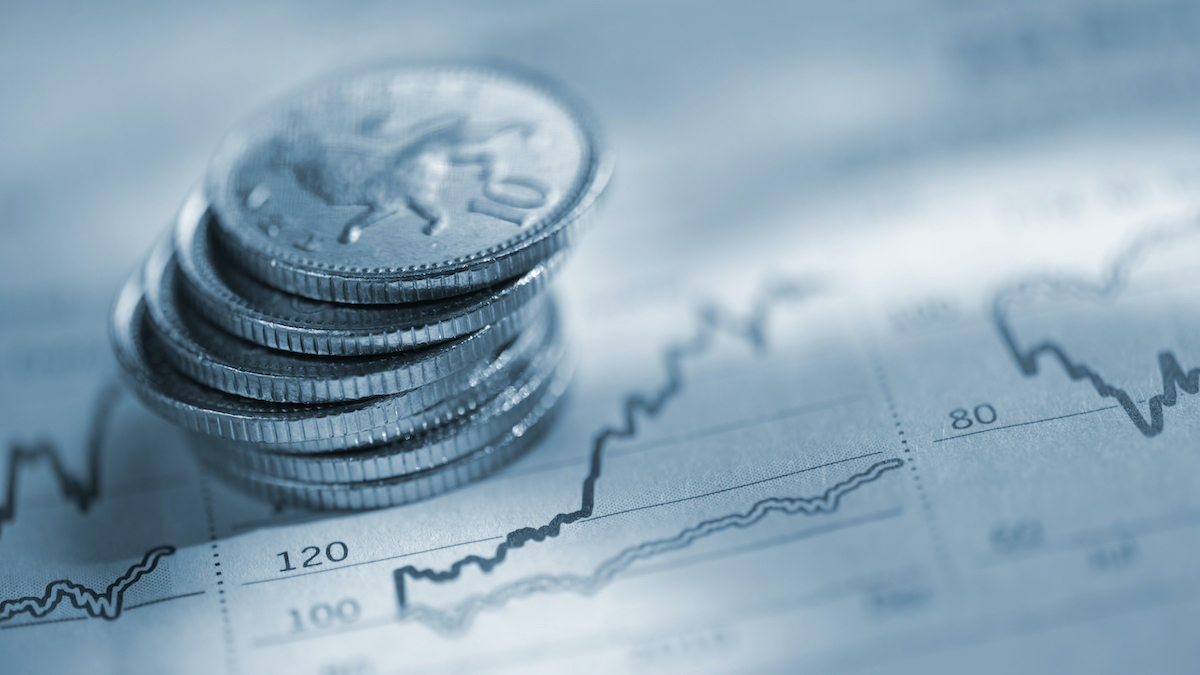 To the inexpert eye, the complex global history of insurance commission regulation is bewildering. But never fear, we have two financial experts who agree on one thing; South Africa’s Financial Services Conduct Authority (FSCA), has over-stepped. The FSCA wants to fix prices, but is almost certainly acting beyond the law, Dr Brian Benfield (see BizNews May 05), and Robert Vivian, Professor of Finance & Insurance, School of Business Sciences at Wits are ‘at idem.’ Here Vivian goes through the fascinating history of how regulation developed in South Africa, following trends in the UK and the USA. It helps explain how we got here. Vivian says regulators should be assigned to an area of expertise and stay out of the turf of other regulators. Despite the common claim that SA has ‘twin peak’ regulators, the SA financial services industry actually serves many more than two masters, each with appreciably overlapping responsibilities. All price fixing regulations have been thoroughly discredited and should be abolished, our experts say. A fascinating treatise calling for a return to common sense. – Chris Bateman

The end of insurance commission regulation

Fixing prices is not the terrain of the Financial Services Conduct Authority (FSCA).

In a recently published article, my colleague Dr Brian Benfield called for the outright abolition of regulatory price fixing with regard to the distribution of insurance products (i.e. insurance commission regulation). (BizNews May 05). Indeed, it is astonishing that these regulations still exist. Notice to abolish them was drafted by the Policy Board for Financial Services in 1999 and signed by the then Minister of Finance, Trevor Manuel, but was never promulgated. Price controls of any form were thoroughly discredited a long time ago. Seeing the existence of price controls on anything is like finding a long lost relic of yesteryear. Of all transactions, why there should be controls on the price of insurance distribution is mystifying, to say the least.

I come to the same conclusion as my colleague but approach the issue from a different perspective: Regulations of this nature fall outside of the scope of current financial services legislation and if they somehow need to resurface, which is highly unlikely, it should be under the aegis of the South African Competition Regime, not the FSCA.

As Benfield points out, these regulations were introduced nearly half a century ago, in 1977 and a great deal has changed since then. Specifically, the overall SA regulatory dispensation has in comparison, changed out of all recognition.

Commission price controls thus need to be placed correctly within the current dispensation. They clearly do not fit where they are presently found. The Act that in 1977 purported to empower the then Financial Institutions Office (FIO) to regulate commissions would have been the Insurance Act of 1943 which has long since been repealed.  At that time, there was no insurance regulator as we understand the concept today. There was merely an insurance “registrar”.  The 1943 Act was replaced by two separate Acts; the long and short term Insurance Acts of 1998. These too have been repealed. It took almost 20 years, but regulators finally realised the error of their ways and returned to a single Insurance Act in 2017. However, the same regulators have since created for themselves a mammoth multi-billion rand regulatory empire, colloquially known as “twin peaks”. As a result, it is no longer clear that an appropriate Act exists for fixing the price of insurance distribution. Lacking proper empowering legislation, the current purported regulations may well be ultra vires.

To understand why it is important to know where regulations fit, a short history of the “twin peaks” system needs to be sketched: South Africa has essentially mirrored the UK insurance regulatory system for over 100 years. The original UK and SA systems were the tried and tested rule of law systems which had worked well since the Magna Carta was sealed in 1215.  There is no indication at all that the established rule of law system was not working and in fact did not produce superior results. There is no evidence that it failed. In the rule of law system parliament only interferes in private lives or markets when a problem arises. This led to a presumption in the interpretation of statutes that the purpose of legislation is to be found in understanding the evil or “mischief” that parliament wished to cure. When a problem arose, this became the so-called mischief, and parliament intervened to solve that problem and that problem only. For example, when in the late 1800s in England the first life assurance company failed, the UK parliament decided that insurance companies should lodge a minimum reserve deposit of £20 000 with the treasury. The Life Assurance Act of 1871 gave effect to this. Parliament intuitively knew something which Nobel Economics Laurate Friedrich Hayek would articulate around half a century later. This was the concept of “spontaneous order”.  In passing laws to remedy specific evils, parliament tended to codify what was actually being done in practice; that is, the codification of the spontaneous order. So legislation was passed that insurance companies had to keep proper books of account and copies of their annual financial statements had to be published and lodged with the Registrar of Insurance every year. Good business practice already required this in any event. Similarly, in order to protect against fluctuating claims experience, insurers had already established and maintained reserves. Thus legislation requiring a reserve merely followed the prudential practices of insurers of the day.

The £20 000 deposited with the treasury was subsequently returned to insurers and replaced with the requirement that insurers themselves should hold a reserve of 15 % of their net annual premium. It was also realized for example, that although a claim may arise at a particular point in time, insurers may only be notified thereof sometime later. To provide for this, accountants and auditors would insist that an Incurred but not reported (IBNR) provision be raised. Parliament codified this practice by also legislating that this provision should be raised by all insurers. In short, legislation was common sense, simple and, above all, worked in practice. This system worked for over 100 years without any obvious flaws and importantly, added no extra costs to the administration of insurance companies. What had to be done was being done in any event – the codification of Hayek’s spontaneous order, by legislation that was essentially “costless” to insurers and thus to the insuring public.

The British financial services regulatory tale of woe started in the mid-1980s when the UK changed course from its historical rule of law path. The London Stock Exchange (LSE) operated in terms of what today would be regarded as the outmoded “open cry” system (as did South Africa). It was governed by its own 500 page rule book. Allegations were made that the LSE rules fell foul of the UK Restrictive Trade Practices Act. The question was what was to be done about the LSE? The answer was the “Big Bang” change (which SA followed a few years latter). Underpinning the Big Bang was the Financial Services Act of 1986. This proved to be an utter disaster; a 400 page monstrosity. Parliament did not do what it previously had always done to remedy some specifically identified evil. No specific evil had been identified. Instead, by stealth the UK started to emulate the USA notion of regulatory commissions and agencies. The 1986 Act required the financial industry to form a slew of Self-Regulatory Organizations, known at the time as “SRO”s, with a central coordinative body known as the Securities and Investments Board (“SIB”). The SIB was an American-style Commission or Agency waiting in the wings.

In 1995 Barings Bank collapsed sending shockwaves throughout the UK financial system which reverberate to this day. Politicians formed the opinion that the relatively new SIB regulatory system had failed. It was established that something of the order of 9 overlapping regulatory bodies were involved in bank regulation and the conclusion was that overlapping regulators posed a distinct danger and should be eliminated. To achieve this all financial regulators would be replaced by a single regulator. The 1986 SIB system was thus transfigured into a “single peak” regulator with the SIB morphing into what became known as the Financial Services Authority (FSA). This was the new single “super regulator” that would do it all. Even the supervision of banks was removed from the Bank of England (BoE) and transferred to the FSA. The goal was clear: One regulator only. No more overlapping regulators.

The 2008 Global Financial Crisis quickly laid bare the failings of the FSA. It had been born out of the Barings Bank collapse, the idea being to eliminate overlapping regulators so that only one regulator would be involved. The 2008 Global Financial Crisis made it clear that the FSA knew little about banks and even less about banking. Not having been given a clearly defined mandate and a set of laws designed to overcome specific evils, the FSA formed its own understanding of its purpose and transmogrified into that of a mere market conduct regulator. Due to the lack of specifically legislated objectives, it quickly gained a reputation for being meddlesome and officious. In its short period of existence it issued no less than 20 000 pages of directives. Without clearly defined objectives, the FSA took on a life and purpose entirely of its own making.

This has led to the most recent regulatory iteration, the “twin peaks” model. Like its predecessor, it is lacking in clearly legislated and practically stated specific objectives. Under twin peaks Banks have been transferred back to the BoE and, for good measure, insurers and other financial institutions have also been returned the BoE for traditional prudential supervision.

However, the size and weight of the remaining “market conduct” element of the FSA had grown so massively that the politicians felt that it could not simply be abandoned. The result is that financial institutions in the UK are now required to serve two masters, one for their prudential financial affairs, the other for a plethora of inexact and often ambiguous objectives commonly categorized as treating customers “fairly”.

If there is a message here, it is this: Multiple layers of regulators are fatally flawed and should be avoided. Regulators should be assigned to an area of expertise and stay out of the turf of other regulators. Despite claiming that SA has twin peak regulators, the SA financial services industry in fact now serves many more than two masters, each with appreciably overlapping responsibilities. Among these are:

The question now therefore is which regulator should address which issue, the proviso being that one, and only one, regulator should do so. In respect of commission price fixing, which is the appropriate regulator? Clearly this has to do with the setting of prices; that is, it has to do with price control. That is a matter for the Competition Regime. There is no other place in the regulatory dispensation for it.

I agree then with my colleague Dr Benfield – all price fixing regulations should be abolished forthwith. In fact, they may well have already been abolished in effect by being ultra vires any enabling Act. In the unlikely event that they ever need to resurface, it should be under the aegis of the Competition Regime. (The Minister of Trade, Industry and Competition should be advised of this and be reminded that he is an integral part of the “twin peaks” regulatory empire.)

To summarise, insurance commission regulations were in all probability abolished when all the regulatory changes took place – they fell off the wagon, so to speak – and, as with most other leading insurance jurisdictions, should not again blight the SA financial services horizon. Price controls were thoroughly discredited a long, long time ago. Their evils are no longer open to informed debate.