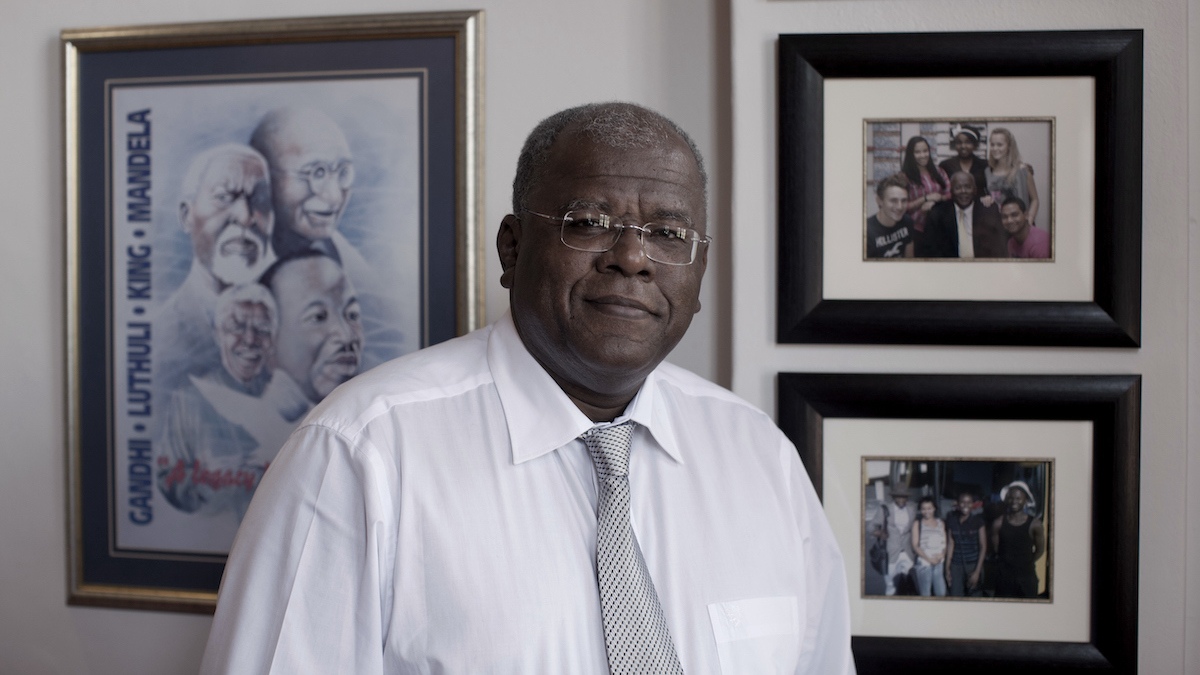 Rob Hersov is not the only person who believes the ANC’s time has come and gone, and that Ramaphosa has been a weak and spineless president. Earlier this year, esteemed South African educationist Professor Jonathan Jansen was one of the first to comment that South Africans need “to vote the buggers (the ANC) out of power. We reproduce this article from the Archives. – Sandra Laurence

‘Vote these buggers out of power’ – Prof Jonathan Jansen

South Africa is quite literally “falling apart” with the governing ANC at the helm, filled to the brim with ministers unfit for office, arrogantly believing the rural vote will save them in perpetuity. In a broad-ranging, no-holds-barred interview about the state of the nation, internationally distinguished academic and author Prof Jonathan Jansen tells BizNews’ Michael Appel that South Africa “needs to vote these buggers [ANC] out of power” come the national elections in 2024. From crime, unemployment and the electricity supply crisis to fumbling education policies, Jansen says he’s advising talented young South Africans to leave the country in the short term. He wants our best and brightest to then return once we’re out of the “lacuna, this vacuum, this interregnum, if you wish,” to help rebuild the country. Jansen delivers incisive analysis that cowers before nothing and no one.

We are in serious trouble. And it’s not that we are unfamiliar with struggle. I mean, this country’s three and a half centuries of experience is about struggle, whether it was colonialism or segregation or apartheid. And now, democracy. We’re fickle, and the country is literally falling apart. All these pothole stories from the nine provinces, you know, the collapse of the public rail system that takes ordinary people back and forth to work, and the energy crisis that just hit us, the inflation, the price of food, petrol, the work: the country is literally falling apart. That in and of itself is half of the problem, and the serious other half of the problem is the complete absence of visible leadership.

It’s very hard to tell a 20-something-year-old couple with degrees, with children who are months old and two or three years old, to stay when they can see the crime affecting their families, when they can see the deterioration. You know, it’s not one thing, it’s the accumulation of things. So I’m saying to these kids, listen, I’ll be honest with you, I don’t know when we’re going to get out of this. So go away for a few years, get more experience, learn another language, find out how people work in other cultures, and then come back and fight.

I think it’s important for our young leaders and potential leaders to just get a bigger sense of the world, you know, and then come back and join the fight. So it’s not advising them to leave permanently. It’s simply saying use this lacuna, this vacuum, this interregnum, if you wish, and just go and improve yourself. But we’re going to need you back. And by the way, most, as you know, young South Africans come back anyway. Most families come back, but they feel stronger, they feel more equipped, and they feel they can make a difference.

On why we are ranked among the worst in basic education

You are not going to build a strong education system unless the foundations of education, literacy and numeracy, science and mathematics are strong. When those things are strong, you then build on it. Politicians like Angie Motshekga and others have misled us into thinking that the measure of the health of the school system is the matric results. Very few kids get to matric, half of them drop out along the way, for various reasons. And so the measure of health of the system is how many children start well and how many of them continue further. So one way to fix this thing is to put all the political and material attention, the resources, the attention on building a strong foundation, but that’s not sexy politically. It really does take a decade or so to show concrete results.

We also need to be honest about the fact that many of our teachers in the most needy schools simply do not have enough subject matter knowledge, and enough what we call pedagogical knowledge; but also to be able to teach it to young people in a way they can understand. That is our problem. So get the teaching plan right, in the first instance. That for me is key and starts at the bottom. And already the system will begin to transform.

If you break down who’s unemployed, it depends very much which universities study that. And we don’t like to say this because you don’t want to distinguish the elite universities from the rural universities. But it’s the truth: students from UCT get employed, students at Stellenbosch get employed, students at Wits get employed. But the more you go into the rural universities where very often, not always, very often the degrees are dubious. Let’s be honest, the University of Zululand has had one scandal after the other about selling fake qualifications, especially in teacher education, to thousands of students who now, of course, are going to be bloody unemployed, and so on.

No, we can break this down: there are a lot of things we’re doing right. We have a well-regulated banking system, thank God. This is a country in Africa that sent its president to prison. Okay. Whether it was for two days or not is irrelevant. The fact that you could send a highly popular president to prison is a statement about an independent judiciary and thank God for that. Right. We have some of the best universities in the world. Our top six or seven universities are ranked very highly. We have some of the top schools in the world. And we have, our media, you know, they are not easily cowed by political bullies. And so we are very lucky in the sense that we have a lot of things that we can build on.

What we need is political leadership that is not corrupt, that is not captured, and that can make these institutions work for the benefit of all our people. If you could just do that, you know, if we can just buy trains that sit on the railway track, for God’s sake, I mean, you begin to already shift the needle for people who are then not left behind. If you can just have a rail system, that means you are not over reliant on trucks, you know, which destroy the roads between Joburg and Durban, for example, between the ports and the mining cities. Then you are really shifting the needle –  but that requires a political leadership that puts the people first. And we don’t have that at the moment.