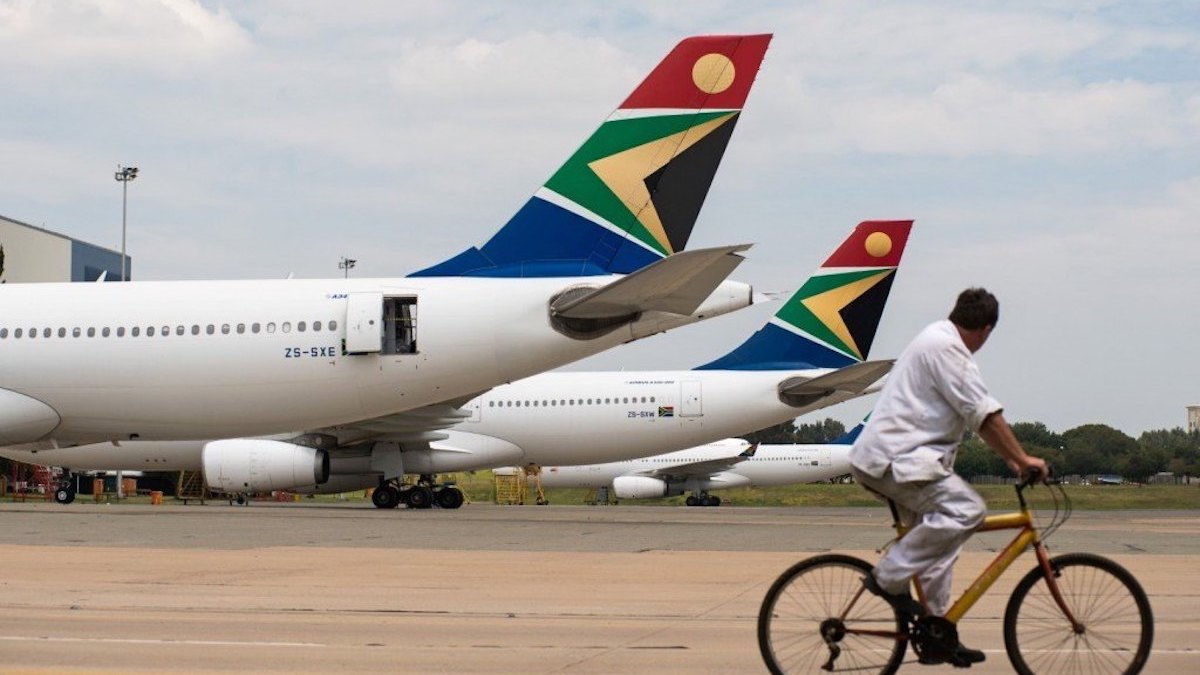 The future of South African Airways (SAA) remains uncertain after being run inefficiently and accumulating huge losses for years. The airline went into business rescue in December 2019 with the aim of selling off part of SAA to private investors. That’s why Pravin Gordhan, Public Enterprises Minister, was so happy on June 11 last year that after a “rigorous, year-long process” Takatso Consortium was selected as the preferred strategic equity partner. But Harith, the leader of the  buyer consortium, says it cannot get funding  until the government settles SAA’s debts, while Lift CEO Gidon Novick is pulling out of the deal because the government won’t give him information he needs. And the Competition Commission must still give the deal the go-ahead. Jonathan Katzenellenbogen laments the indecision and incompetence in the state owned entity in an article first published on Daily Friend – Asime Nyide

The lessons from the chaos over SAA

About 18 months ago the word from the government was that the future of South African Airways (SAA), the bankrupt state-owned airline, was all solved.

But the proposed sale has faced numerous hurdles, some known and some unknown.

This saga shows that government is unaccountable on many key public issues, cannot get plans together, and does not have a strategy to deal with failing State-owned Enterprises.

What has been reported is that under the deal a majority stake of 51 percent of SAA would go to the Takatso consortium, made up of empowerment group Harith General Partners and other firms. The state would keep a 49 percent share, which, under a special provision of the deal, would allow it to exercise majority powers over key decisions. Gidon Novick, the serial airline entrepreneur and  founder of Lift, would run operations.

The new empowerment partners would not have to carry SAA’s debt, but would  have to put in place funding to invest R3 billion in the new SAA. It was essentially a give away deal, but one in which the consortium would have to invest and the government maintained effective control.

No documents about the proposed deal were ever released to the public, so we are unsure about the terms and conditions.

The deal has now run into some big problems, largely it seems because of government. Harith, the leader of the  buyer consortium, says it cannot get funding  until the government settles SAA’s debts. Novick says he is pulling out of the deal because the government won’t give him sufficient information. And the Competition Commission must still give the deal the go-ahead.

For the deal to go through the government needs to take R3.5 billion in debt off the SAA balance sheet. But nothing was said about this in the Medium Term Budget Policy Statement (MTBPS) in October.

The Department of Public Enterprises will not say what is happening. All the department had to say last week was that it condemned, ‘the misinformation and casting of doubt on the transaction’.

Last week the Public Enterprises Minister Pravin Gordhan appeared before Parliament’s Standing Committee on Public Accounts (SCOPA), which has the remit to look into the financial accounts of all state entities. Gordhan was on the defensive and provided no information on the financial status of SAA since it entered into business rescue in December 2019. The most recent publicly available SAA balance sheet on the website of the business practitioners dealing with the case, is from November 2020.

Alf Lees, the Democratic Alliance MP who is on SCOPA, has asked Gordhan for a long list of documents to understand the details of the deal with the Takatso consortium. He wants basic information such as who else was interested in buying SAA, the most recent financial statements, SAA’s sources of cash, how the R900 million bailout to Mango was used, and details on the voluntary severance packages given to SAA staff. The Minister has shown little co-operation in providing information to the committee in the past.

So Lees now says one option is to take the Minister to the Constitutional Court to try and get a precedent or ruling as to the obligation of ministers to give the information in answers. The other option, says Lees, ‘is for the President to fire Gordhan and appoint someone who can do the job properly and knows their obligations to keep Parliament informed as South Africa in general’.

It is unclear why the government is so intent on not divulging anything about SAA. What is clear is that some ANC ministers have contempt for the very idea of accountability. Last week Tourism Minister Lindiwe Sisulu  ignored a subpoena to appear before Parliament. Ministers being asked awkward questions and fully responding to reasonable requests for information is key to democratic oversight.

Government is not keen on revealing much about any of the public enterprises. Their annual financial reports are often many months, or years late, and rarely come with clean audits. This has gone on for years and seems to continue with the successive board appointments.

There is no strategy to deal with failing SoEs in large part because of outdated ANC ideology. On the one hand the government does not want to be seen to be admitting failure and selling these entities, but on the other the ANC just cannot turn them around. Eskom, Transnet, SAA, Denel and the Post Office have been disasters for years. The ANC has to manage these companies without treading on multiple political egg shells in the face of constant looting.

The government did not want the SAA deal to be seen as a privatisation, so it kept  a stake of 49 percent with rights to exercise a majority on certain key issues. Maintaining control must be a big negative for potential buyers. It is highly likely that government control could influence operational decisions such as staffing, the selection of routes, the selection of aircraft, and other key decisions.

The ANC, in its chaos, would prefer to see SoEs rot rather than sell them off to private buyers.

There were more bailouts for Transnet, SANRAL, and Denel in the  MTBPS. We expect to hear about what will be done with Eskom’s R400 billion in debt in next year’s budget. So far, however, there is no clarity on R4 billion of SAA’s debt.

What is clear is that the heavy debt burdens of the largest state owned enterprises Eskom, SAA, Transnet and Denel make these entities difficult to turnaround and impossible to sell. Add the debt to the heavy hand of government, mismanagement, corruption, and the SoEs are in a state of disaster. If a decision is made to sell them off, the government will have to take a very large portion of their debt off their balance sheet. Much of this is government guaranteed debt, but taking on this scale of debt will come at a high price in interest costs and possible lowering of creditworthiness.

Harith’s concerns about the absence of a resolution of the SAA debt issue forcibly reinforce the idea that we still have a much higher price to pay for the disaster into which the ANC has pushed the SoEs. The debt will still have to be serviced and there is no underlying entity with the revenue to do this.

And while the government dithers about SoEs the economy loses. The cost of having underperforming and debt burdened SoEs is growing. They are increasingly failing to provide even the most basic services, while their past investments waste away. The country needs a large, privately run airline to provide capacity and competition on local and international routes.

The indecision and incompetence over SAA is yet another example of the price we pay for our SoEs.

Jonathan Katzenellenbogen is a Johannesburg-based freelance financial journalist. His articles have appeared on DefenceWeb, Politicsweb, as well as in a number of overseas publications. Jonathan has also worked on Business Day and as a TV and radio reporter and newsreader.