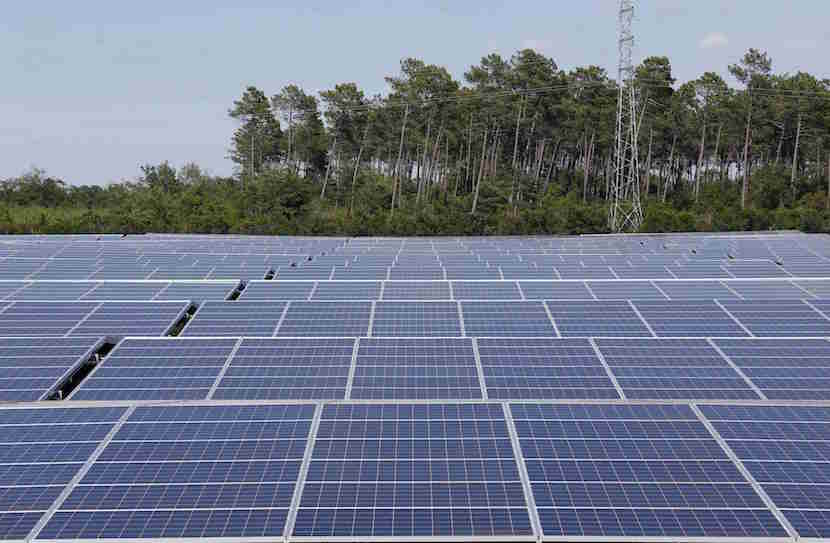 Stage 8, while unprecedented, is not ‘total Eskom grid collapse’. That the 1 684MW of renewables prevented worse loadshedding is a trivial truism that could with equal validity be said about all other sources of electricity generation. Nuclear energy also stood between Stage 6 and Stage 8 loadshedding, as did diesel, since that is what Eskom burns in its open-cycle gas turbines, since the country doesn’t have any actual gas to burn. Ivo Vegter rejects with contempt some of the trivial claims being made around renewable energy in the wake of Eskom’s collapse. This article first appeared on the Daily Friend. – Sandra Laurence

Trite claims about renewables are not helpful

Last month, a newspaper article claimed that renewables were the only thing standing between Eskom and a total collapse of the grid. The same could be said for coal or nuclear, and with more justification.

‘Experts say the country is risking further deterioration of the power system unless it transitions to solar energy because if it wasn’t for the renewable energy available, South Africa would probably have moved to stage 8 loadshedding on Wednesday. Eskom spokesperson Sikonathi Mantshantsha said 1,684 megawatts (wind 1 293MW; concentrated solar power 391MW) of renewable capacity had contributed to the available 23 394MW generation capacity on Wednesday, when 6 477MW was shed.’

From the headline on down, this is one giant pat of bull manure.

Stage 8, while unprecedented, is not ‘total Eskom grid collapse’. That the 1 684MW of renewables prevented worse loadshedding is a trivial truism that could with equal validity be said about all other sources of electricity generation.

Coal-fired power plants, which as usual provided the vast majority of the available generation capacity, were the only thing actually standing between Stage 6 and total grid collapse, because it was the only source of energy that provided way more than the 2 000MW that is the difference between Stage 6 and 8.

Renewable energy does have the advantage that it can be built relatively quickly, but it has grave disadvantages, too.

Building grid connections for every puny little 100MW solar farm (which actually produces perhaps 30MW) built somewhere out in the middle of nowhere, to get the electricity to where it is needed (primarily in the cities) is extremely expensive.

Hauling power from wind farms along the coast up to the Highveld is also not feasible without increasing the capacity of the backbone of the grid, since the high-voltage cables running between Cape Town and Johannesburg are pretty much fully utilised.

In 2022, independent power producers, 77% of which produce wind or solar power, accounted for 27% of Eskom’s expenditure on generation, but contributed only 7% of its electricity.

Put another way, nuclear energy costs Eskom about R99 per MWh. Coal comes in at R440 per MWh. Renewable independent power producers cost Eskom a staggering R2, 027 per MWh. That is not as much as the more than R4,500 it spends per MWh burning diesel in open-cycle gas turbines, but it is way more than coal or nuclear energy cost.

So, let’s keep some perspective here: of course the 1 684MW produced by renewables helped a little. Every little bit helps. But it did not save the day, and it did not come cheap. A number of things need to happen to save Eskom and covering the Karoo in solar panels or wind farms is least among them.

If renewables are to serve any purpose at all, they will be most useful on the Highveld, where they are close to the existing grid, and close to the highest density of customers. Hauling electricity halfway across the country in 30MW dribs and drabs is pointless.

Lots of small modular nuclear reactors, such as the home-grown fourth-generation HTMR-100, would provide a stable, reliable source of electricity, and the small scale of each build would mean rapid build times and less scope for the corruption that so often plague mega-projects.

The cleanest, safest green electricity on the planet is nuclear. Unlike solar and wind, it actually has a chance of replacing South Africa’s decrepit coal-fired power stations, potentially even in the same location and footprint. Blindly lauding renewables as ‘only thing preventing total Eskom grid collapse’ is not only false, it is unhelpful.

The renewables’ vision is one of expensive, unreliable and scarce energy, in which everyone uses as little as possible. We cannot build a growing economy on that. What we need is a vibrant, competitive market place in which many rival power producers each vie to produce the cheapest, most reliable, most dispatchable energy available.

That is how we get to a future in which electricity is once again inexpensive, reliable and abundant, and forms the basis of vigorous growth throughout the economy.