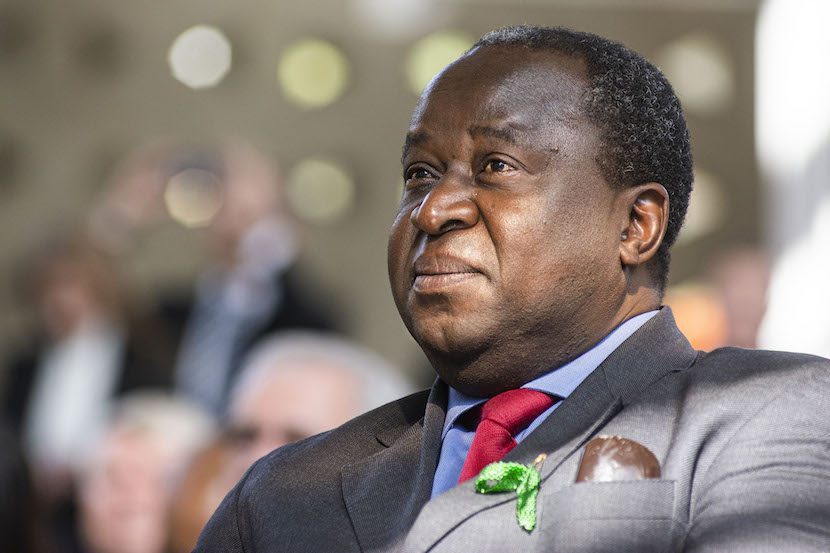 As Finance Minister Tito Mboweni readies himself to deliver the 2021 budget speech, many concerned South Africans, businesses and potential foreign investors will have their ears peeled for what he has to say. While the ruling party has made clear its plans to boost the South African economy – infrastructure upgrades, for example – the reality is that these plans sit ‘at odds with [the] present fiscal reality’, writes Jonathan Katzenellenbogen. The freelance financial journalist suggests that the state itself be repurposed. ‘A start to dealing with the country’s fiscal problems must involve the repurposing of the state and its priorities. Without that overhaul and downsizing of government there can be little hope for debt reduction and narrow deficits’.  – Jarryd Neves

The Budget: The need to repurpose the state

This afternoon, Finance Minister Tito Mboweni will deliver a Budget that has taken on greater-than-usual significance. For the past few years, Mboweni has been calling for tough measures to be taken, but has failed to take these, owing to lack of wider political support within the African National Congress (ANC).

A government budget deficit of between 13 and 15 percent of GDP for the current fiscal year, projected by a number of economists, will be the largest in the country’s history.

Total government debt is now about 80 percent of GDP. The Treasury plan is for the debt-to-GDP ratio to peak at 95 percent by 2025/26. With feeble economic growth, these debt levels will open the economy to sudden adverse swings in confidence, and therefore potential financial crises.

With the ANC’s grand vision of an expanding role for the state in the economy, government finances cannot make a sustained emergence from crisis. President Cyril Ramaphosa has plans for a massive infrastructure drive, a public works programme, a state bank, and a state pharmaceutical company, despite these constraints. All of this is substantially at odds with present fiscal reality.

State must be repurposed

A start to dealing with the country’s fiscal problems must involve the repurposing of the state and its priorities. Without that overhaul and downsizing of government there can be little hope for debt reduction and narrow deficits. Until such a repurposing takes place it is difficult to see budgets as anything but exercises in rolling crisis management.

The recent rise in commodity prices has made for a surprise fillip in tax revenue, but even with this, the country’s deep fiscal problems are nowhere near solved. There is speculation that this revenue might help hold off additional tax measures, which would be welcome. But in the end there is a strong likelihood that the Treasury will go for some form of tax rises.

The only way out of this mess is a smaller public sector and larger private investment to generate growth and hence, tax revenue.

In recent months lower world interest rates and strong commodity prices have lowered emerging market risks and helped reduce borrowing costs. But this will change when the major central banks begin to raise interest rates upon sight of a recovery. As it is, South Africa pays a heavy price when it borrows at longer-term rates.

Government is a high-cost enterprise

Government as it is presently organised, with preference given to patronage through cadre deployment and an inbuilt high price procurement system due to corruption and racial preferences, is intrinsically a high-cost enterprise in South Africa. The Zuma years of state capture might have been unique in the enormous scale of corruption that took place, but the pillage appears to continue. Even the contracts for personal protective equipment were tainted by corruption.

Mboweni has said that zero-based budgeting, a method which involves budget planning afresh each year, will be gradually introduced. Under this method no recognition is given to the budget of the previous year. Strictly applied, depending on goals, this could mean the scrapping of government departments and large layoffs. That is not going to happen under an ANC government.

While President Ramaphosa reduced cabinet posts from 36 to 28 following the 2019 general election, the number remains high by international standards. Some departments might be abolished entirely, while others could be amalgamated and downsized.

Given the poor outcomes from many government departments, the state is more about patronage and employment support rather than service.

The verdict of the Labour Appeal Court in December, which allows the Treasury to renege on its agreement for pay rises with the public sector unions, will result in savings. But the wage freeze over three years in the public service will only reduce pay from about 33 percent as a share of spending to 31.3 percent. A test will be for how long the wage freeze can be maintained. Mboweni has said the Treasury is asking for pay reductions at senior levels in government and at state-owned enterprises.

Would the ANC ever consider a freeze on civil servant hiring? That would allow natural attrition to reduce numbers and perhaps ultimately right size the public service.

Today’s strike by the South African Federation of Trade Unions (Saftu) is more of a show of force than specifically aimed at the public sector pay freeze. But the issue will remain alive, and union pressure could yet force government to abandon the freeze ahead of its three-year period.

Much in the current budget is off limits to deep cuts. Social spending made up about 58 percent of total expenditure in the budget presented in February last year. Basic education, hospital services, transfers to municipalities, and various grants cannot be cut, but greater control to ensure improved outcomes is possible.

It is unlikely that the current Covid-19 vaccination programme will be the last. There is a high chance that vaccines to deal with the variants of the virus will be required in the future. Government should probably plan for further pandemics and budget for rolling vaccination programmes.

The R10 billion to create a new South African Airways is an outrage at a time when these resources could be far better spent. It shows the depth of the delusion the ruling party has about the role of the state in the economy.

Investment by the public sector is far too large and a drain on growth. Public investment made up 31 percent of total investment compared to 22 percent in the median emerging market during 1994-2018, according to the International Monetary Fund.  The public investment splurge since 2007 coincided with a drop in productivity and growth, indicating that much of it was wasteful. Accelerating growth and debt reduction up to 2007 were replaced by slower growth, higher deficits, and a rise in debt levels.

Since 2007, the fall in private investment accounts for much of the reason for our growth slowdown prior to the Covid-19 lockdown. The reasons revolve around the deterioration in the investment environment, largely due to poor economic performance driving down returns, the underperforming education system, crime, and over-regulation. And now there is the looming threat to investment: the unknown scale and scope of Expropriation without Compensation.