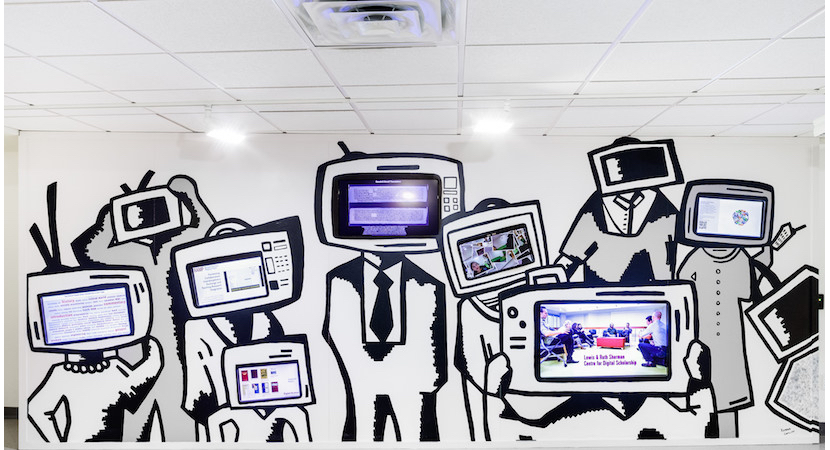 It’s no secret the mainstream media and polls got the United States presidential election so wrong. And the proof is in president-elect Donald Trump, whom was not given much of a chance – he was even quoted as a 50-1 shot at one stage to become POTUS. But how did they get it so wrong? And is this a basket case, or part of a new norm? Anthea Jeffery says other examples of such negligence from the media, on the home soil involves reporting around Julius Malema’s demand for land, employment equity, the proposed sugar tax and the ANC’s national democratic revolution. Jeffery says the media has an enormous responsibility to report accurately and fully, but in all of the issues mentioned, this message has been distorted. Another must read. – Stuart Lowman

What do Donald Trump’s victory in the US presidential election, Julius Malema’s demands for land confiscation, South Africa’s employment equity rules, the National Treasury’s proposed sugar tax, and the ANC’s two-stage revolution have in common?

These are all issues on which the media have generally put out a distorted message, downplaying key facts while repeatedly putting forward a flawed and misleading analysis.

There are many and complex reasons why Mr Trump won the White House. What is notable, however, is the media’s generally visceral hostility to him and how this distorted the content of his message and overlooked the extent of his popular support. What his victory most crisply shows is just how badly the media got it wrong.

On the land issue in South Africa, some journalists have had the courage to say (as Mondli Makhanya did in 2009) that few black South Africans want land to farm. Instead, most would prefer to find jobs and houses in towns and cities. Since then, the accuracy of Mr Makhanya’s perspective has been confirmed by various opinion surveys. It is also evident in the fact that some 92% of successful land claimants chose to receive cash instead of land through the restitution process.

Yet when the ANC repeatedly identifies land hunger as ‘the’ key reason for persistent poverty and inequality, or when Mr Malema implies that whites must die unless they acquiesce in the confiscation of all commercial farmland, the media seldom caution that the agricultural sector is too small to provide a solution to poverty. As the media surely know, the sector cannot generate prosperity for all when it contributes only 2.4% to GDP and 4.4% to overall employment.

Nor do the media point out that land in itself is no guarantee of success in farming. On the contrary, land is only one of the many inputs needed for this outcome. No less important are working capital, entrepreneurship, know-how, labour, equipment, infrastructure, and markets. Farming is also uniquely daunting because, in addition to all the normal business risks, there is also the danger of drought, flood, and disease. 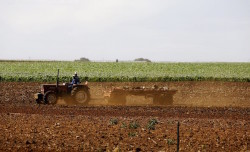 Since the media overlook these realities, a fundamentally misleading assertion – that land is the key solution to widespread poverty and unemployment – is allowed to pass largely unchallenged.

As for our employment equity rules, these effectively require that only blacks should be appointed to jobs until such time as demographic representivity has been attained. The media generally endorse this perspective, while ignoring the fact that most black South Africans do not.

This is one of the key findings to emerge from comprehensive opinion surveys going back as far as 1996. In that year, a field survey conducted for the Helen Suzman Foundation, a civil society organisation, found that a mere 19% of black Africans endorsed the view that only blacks should be appointed until demographic representivity had been reached. In 2000, when a follow-up survey was conducted, the proportion of blacks supporting this view was down to 13%. In 2015, in a further follow-up survey, this time by the IRR, that proportion was down still further to 7%.

These survey findings are not surprising. The Act, like similar affirmative action measures elsewhere in the world, benefits only a relatively small ‘elite’ – the most advantaged among the previously disadvantaged group – while bypassing the great majority. Worse still, the legislation harms most black people by undermining government efficiency and helping to choke off investment and jobs.

That so few black South Africans endorse employment equity or benefit from it are surely important issues for the media to probe and publicise. Instead, the media generally prefer to overlook them.

As for the proposed 20% tax on sugar-sweetened beverages (SSBs), international evidence shows that sugar taxes are among the least effective interventions against obesity, ranking in their utility far below measures such as portion control, product reformulation, parental education, and initiatives to promote physical activity in schools. Yet sugar taxes get far more attention from the media than these successful interventions. Since governments are understandably keen on sugar taxes too, this encourages the adoption of fiscal measures that not only harm the poor but are unable to counter the complex challenge of obesity.

Then there’s the ANC’s two-stage revolution. This took off in 1984, with the start of a people’s war that was aimed primarily at providing cover for a sustained physical and propaganda onslaught against the ANC’s black rivals in the Black Consciousness Movement and Inkatha. Over the next five years, this helped give rise to necklace executions and the killing of some 5 500 people, most of them black civilians. Yet the media made little attempt to probe the ANC’s declared strategy of people’s war or the extent to which it had contributed to these deaths.

Moreover, when political killings tripled to 15 000 in the early 1990s – following the return to South Africa of the ANC’s armed and trained Umkhonto we Sizwe fighters – the media generally ignored their possible role in the escalating conflict. Instead, the media mostly regurgitated the ANC’s explanation: that the police and Inkatha were to blame for the killings as part of a sinister Third Force. At the same time, the media omitted to examine the ANC’s stated commitment to a continued people’s war in the negotiations period. It also failed to question why the Third Force should have killed so many of its own: some 800 policemen, along with thousands of Inkatha’s leaders and supporters.

The second stage of the ANC’s revolution is now being similarly overlooked. At every one of its national conferences since 1994, the ANC has recommitted itself to a national democratic revolution (NDR), which its allies in Cosatu and the SACP openly identify as offering the ‘most direct’ path to a socialist and then communist future.

Many of the policies introduced by the ANC since 1994 are intended to advance the NDR. They have also so damaged the economy that the growth rate has dropped to less than 1% of GDP, while the unemployment rate stands at 27% in general and at more than 50% among black youth. The NDR should thus surely qualify for comprehensive investigative journalism aimed at probing and assessing its significance. Instead, the media prefer to overlook it.

The media has enormous power to inform and influence and a commensurate responsibility to do so accurately and fully. In South Africa, it has played a vital role in exposing apartheid injustices, and in blowing the whistle on accelerating corruption in recent years. But on key issues ranging from the relatively unimportant (the sugar tax) to the most profound (the NDR), it overlooks, obfuscates, and evades.

Mr Trump’s victory suggests that ordinary people are beginning to see through the media’s distortions and want it to go back to its true role – reporting the unvarnished facts with neither fear nor favour.