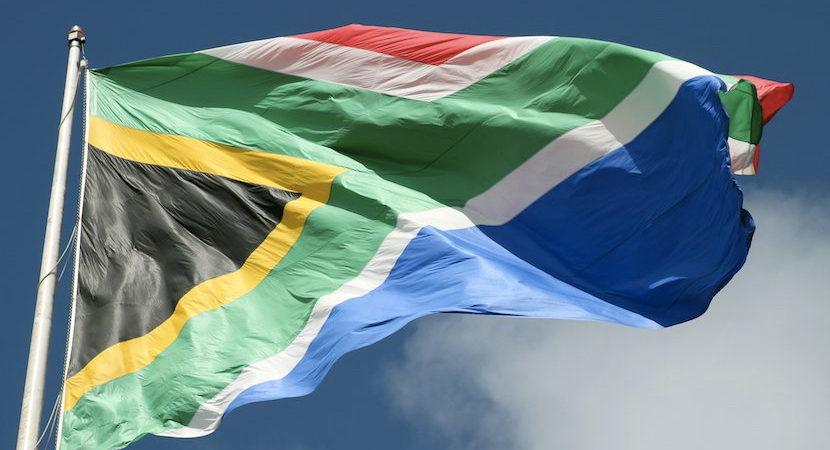 EDINBURGH — Bell Pottinger, the London-based public relations firm at the centre of the Gupta state capture campaign, has apologised for its role in inciting racial violence and working hand-in-glove with corrupt politicians. But the apology and claim that it was played for a fool by the Gupta family and associates come to little, too late for South Africans. Angry citizens want more than an apology. They want to see justice, with jail time for the architects of the anti-white propaganda campaigns who also enriched themselves on the backs of taxpayers. Money must be returned, too, after Bell Pottinger drew hundreds of thousands of pounds each month. – Jackie Cameron

South Africans have reacted with anger and disgust over an apology from London-based public relations firm Bell Pottinger for its role in the Gupta state capture campaign and inciting racial violence.

This week Bell Pottinger CEO James Henderson issued a statement suggesting that the company was also a victim of the Gupta family – and that it had effectively been played for a fool.

“At various points throughout the tenure of the Oakbay account, senior management have been misled about what has been done. For it to be done in South Africa, a country which has become an international beacon of hope for its progress towards racial reconciliation, is a matter of profound regret and in no way reflects the values of Bell Pottinger,” said Henderson (you can read his full apology here).

Bell Pottinger has drawn hundreds of thousands of rands for its work in South Africa, taking money on the one hand to promote South African Tourism and being paid on the other to work in the interests of the corrupt and captured.

Damning evidence emerged in the #GuptaLeaks highlighting the role of Bell Pottinger in promoting an anti-white campaign – including by developing a white monopoly capital myth. It helped put words into the mouths of ANC politicians hinting that civil war looms.

The apology comes after the Democratic Alliance complained about Bell Pottinger’s activities in South Africa to UK industry bodies, for example the Public Relations Communications Association and the Chartered Institute of Public Relations.

Bell Pottinger subsequently called in a law firm “to review the account and the work done on it”.

Henderson said that though this inquiry is ongoing, “we have dismissed the lead partner involved and suspended another partner and two employees so that we can determine their precise role in what took place. As soon as we were made aware that we had been misled and that work was being done which goes against the very core of our ethical policies, we acted immediately”.

BizNews visitor Tania D said there was only one word to describe the crime that Bell Pottinger has committed in South Africa: “Murder”

“The total number of farm murders in 2016 were 64. In February 2017 it spiked at 30, in ONE month!!! A VERY effective anti-White campaign, Henderson. Take your apology to the ICC,” said Tania D, whose comments shot up the approval rankings. “AMEN!” said Barry Holden; Tracer ZA added: “Spot on. Dismissals and suspensions ARE NOT ENOUGH.”

Later, Tracer ZA highlighted the reality that Bell Pottinger has been incredibly successful in causing social harm. The BizNews visitor said: “The halfwits they brainwashed are of the belief that all BPs lies are truth, and no amount of apologizing will change that. The UK government needs to take this frikkin seriously.”

Mo Haarhoff asked of the limp Bell Pottinger apology: “Fifty-odd million people have been affected. You consider this enough?”

Mishima agreed: “Talk is cheap. What is Bell Pottinger going to do to rectify the damage they have down on South Africa and its citizens….Perhaps the UN should be queried about the actions of organizations paid by political parties to stir racial divisions and hatred and their actions of fake media profiles designed to create international outrage against a minority group who are already at Stage 6 on the Genocide Scale according to Genocide Watch.”

For Gary, the apology is irrelevant. “Too little, too late. You’ve dedicated yourselves to inciting hatred and instability in South Africa, abetting the theft of state resources from a poor country, and all for Mammon! It’s sickening.

“So sorry, chaps. How were we to know what we were doing, old boy.” Your depraved business practices are the very reason you obtained this “account”. Your own partners resigned in protest well before you ceased these activities and now you claim to have been unaware?! Pull the other one.”

For Aslan Rises the Bell Pottinger approach is also “Far too little, and far too late”.

“This isn’t an apology – as if that could ever be enough to compensate for what they’ve done in any case. They should, as has been demanded in the last day, and at the very least

– produce to a credible NGO, say, OUTA or Corruption Watch, all emails, names, bank records and other information needed to fully prosecute any crimes associated with their contract with Zupta

– appear before a judicial commission of enquiry to testify personally

– accept the legal consequences of their sleazy campaign

– return a substantial multiple of any fees earned to a credible local organisation, to be applied where the Guptas’ theft has been felt most

– provide their technical expertise, pro bono, again to a credible local entity (OUTA?) to begin the process of healing the racial divisions their Zupta campaign has created

Then, and only then, will their “apology” be anything other than what it currently is – their stock in trade: spin and damage control.”

David Hersch summed up the thoughts of many South Africans when he said: “Obviously caught with their hands in the cookie jar and now trying to extracate themselves. More PR bullshit, but this time for themselves as they try to swing the spin 180 degrees.

“I hope they go down in flames as a firm and never recover. This is the scumbag PR firm that gave us ‘White monopoly capital’, ‘Radical economic change’ which probably gave rise to this week’s soviet-inspired crap about taking Zuma or the ANC to court is ‘counter revolutionary’…. and this, I am quite sure, is just the tip of the iceberg as they manufactured spin and bullshit on behalf of the Guptas, Zuma et al,” added David Hersch.

Barry clearly hasn’t had the wool pulled over his eyes by James Henderson either. He posted this comment on BizNews: “‘According to their statement, their (alleged) actions… in no way reflects the values of Bell Pottinger.’

Barry continued: “This coming from the company that has repeatedly worked with and burnished the reputations of some of the worst human rights violators of our times. Their other clients (past and current) include:

They were also paid US$540 million by the Pentagon to create fake Al-Quaeda terrorist videos: http://www.independent.co.u…

So yes, their work in SA ‘..in no way reflects the values of Bell Pottinger.’ If it had, we’d probably already be in a civil war.”

AwS also had strong words about Bell Pottinger: “While the money was coming in they didn’t care.. Now that major firms no longer wish to do business with them; now suddenly ‘it’s a regrettable issue’. I really hope they feel the full force of the storm they created (and feels like continue creating). I really doubt the Gupta “attacks” were thought up, and executed by 4 people only. Also waiting for the law firms investigation? There’s evidence out in the wild already (#GuptaLeaks).

“This is hitting their bottom line. Hence this stunt. That’s all it is. It’s yet another stunt”

Walter Spatula said: “If they can’t make the inane phrase “white monopoly capital” go away forever then I won’t forgive them.”

For Graeme Ayerst, Bell Pottinger needs to actively work on getting the Gupta family behind bars. “Now is the time to release exactly what the Gupta’s brief and ongoing briefs to Bell Pottinger was. An apology is nice but the people of South Africa have been compromised. We now demand to know everything which transpired from day one to the end of the relationship, everything……………..

On Facebook, South Africans have also reacted strongly to the Bell Pottinger attempt to clear its name.

Missed the analysis on the role of Bell Pottinger in state capture, corruption and race-based violence? Then catch up on these stories now!