JOHANNESBURG — Former SARS investigation unit head Johann van Loggerenberg has come out swinging against KPMG and its recent attempt at an apology. Van Loggerenberg, who is the author of ‘Rogue – The Inside Story of SARS’s Elite Crime-Busting Unit’, previously exposed the faults of KPMG’s flawed ‘rogue’ report. He now subsequently finds himself being vindicated. Below is the full statement from van Loggerenberg’s attorneys Boqwana Burns. – Gareth van Zyl

“Our client has noted the meetings which took place between KPMG SA and KPMG International with Messrs Pravin Gordhan and Mcebisi Jonas last week (21 September 2017) and yesterday (26 September 2017) with Messrs Ivan Pillay, Peter Richer, Yolisa Pikie and Adrian Lackay. Our client completely supports the sentiments as publicly expressed in their respective media statements following these meetings.

Our client has not met with either KPMG SA and/or KPMG International.

Our client has been trying to meaningfully engage with KPMG SA and their attorneys, Norton Rose Fulbright SA, in writing, since 15 October 2015 to date, and KPMG International, since 14 August 2017 to date. Our client has found them to be unresponsive and their communiques (when they did bother to reply) to be dismissive, evasive, inadequate and displaying scant regard for the laws and rules of the audit profession and the basic human rights of individuals.

Our client believes that the retraction by KPMG SA of the “summary, conclusions, findings and recommendations” of their so-called “SARS report” falls way short of the legal, moral and ethical obligations that rest on KPMG SA to correct the wrongs caused by the report and the process leading up to its publication. It is noteworthy that this retraction came only after significant public outcry and questions being posed by some of their clients, leading to KPMG International conducting an “internal review”, and finding the report wanting within a matter of days.

Whilst KPMG SA has always emphatically denied any flaw in their report, our client considers this retraction as an unequivocal public admission of his longstanding assertions to KPMG which include, but are not limited to:

Our client has always maintained that, in light of the above, and what our client has put to them (with due regard to various applicable provisions of the Auditing Profession Act 26 of 2005, and specifically Section 42 thereof read with Section 110 of the Rules Regarding Improper Conduct and Code of Professional Conduct for Registered Auditors of IRBA, as well as Section 110 of the Code of Ethics of SAICA), KPMG SA was obliged to disassociate itself from the report in its totality when they were made aware of these issues. Our client calls on KPMG to stop delaying this process and do so immediately. 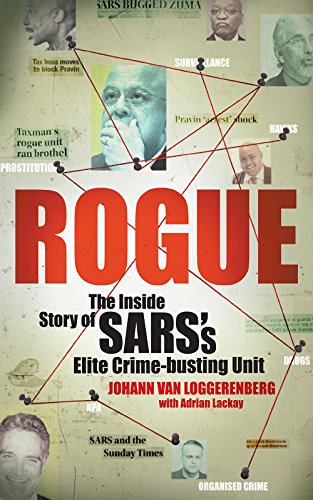 Our client is further of the view that KPMG SA should immediately comply with their statutory reporting requirements as required by audit-related and anti-money laundering laws, suspicious financial transactions and anti-corruption legislation in all relevant jurisdictions — evidence of which they became privy to as a result of their “documentary review” and which, notably so, are not reflected in their report. In this same vein, and in the event that it is found that registered auditors and chartered accountants acted contra the Rules Regarding Improper Conduct and Code of Professional Conduct for Registered Auditors of IRBA, as well as the Code of Ethics of SAICA, such individuals should be reported to these bodies immediately.

Our client further believes that the statements issued by KPMG SA and KPMG International recently, and the public apology by KPMG SA on a Radio 702 interview on 20 and 21 September 2017, stating “…mistakes have been made…” and “…sorry will never be good enough…” and “…we sincerely apologise for the pain caused to individuals…”, are totally inadequate when measured against the immense harm caused to the economy, the country, a key state institution and many innocent individuals, their families and friends – most of whom have had no voice to defend themselves throughout the ordeal. This is compounded by the fact that our client has been demonstrating to KPMG SA for almost two years that their report was profoundly flawed and has caused harm to many people. At no stage throughout the engagements by our client during the period 15 October 2015 until recently, did KPMG SA acknowledge this to our client or take steps to remedy this.

Our client wishes to sincerely thank those civil society bodies, business people and all other persons who have been supporting and sending him (and others) messages of support and comfort in this regard.

Our client is still in the process of taking legal advice and is still considering the most appropriate action to take going forward.