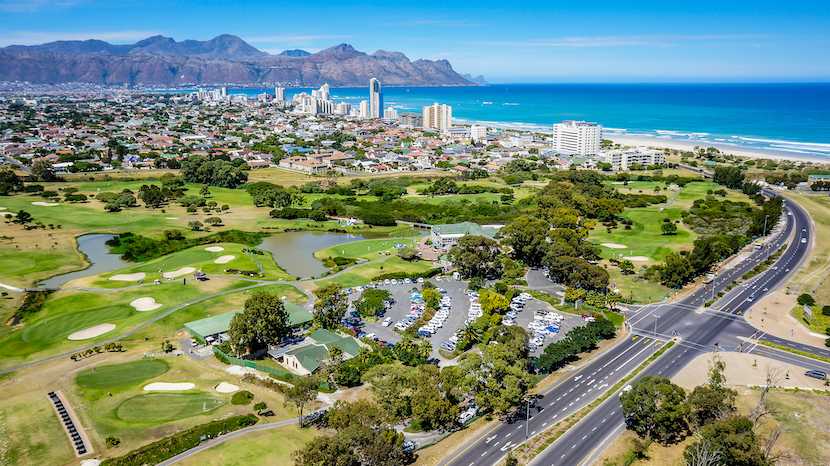 EDINBURGH — Whether you are a tourist or a resident, there is something special about Cape Town – from its extraordinary location amid mountains and sea to its unique culture and holiday-style atmosphere. It’s the city that Joburgers move to when they are fed up with crime and urban decay; a better alternative than emigrating. But, for many, Cape Town is also an un-PC place to live. The politics have always been different in the Western Cape, creating the suspicion that racism is flourishing there compared to other cities in South Africa. A respected analyst, Frans Cronjé – CEO of the IRR – has created a stir by suggesting that other provinces should emulate the way things are managed in the Western Cape. – Jackie Cameron

South Africans are deeply divided over whether the Western Cape is the success that many who live in the province make it out to be.

On one side you have academics like Oscar van Heerden, who has a string of degrees including a PhD. Van Heerden is armed with examples of why Cape Town illustrates that “structural and institutional racism is alive and well in all aspects of our society”.  Until white South Africans accept this reality, we won’t move on from the apartheid argument, he writes for Daily Maverick.

On the other, you have analysts like Frans Cronjé, head of the Institute of Race Relations (IRR), who argues that the “Western Cape is another country. You sense it just by driving around”. Cronjé puts the spotlight on Swellendam, telling how the streets are spotless and public servants in general are highly efficient.

“It proves again that the formula for our country’s success is deceptively simple. No need for ‘national development plans’ and ‘presidential commissions’. Just appoint the right people, do your job, and stop stealing,” he says.

Cronjé’s reading of South Africa’s future is worrying. “South Africa is in considerable trouble. Less than half of young people have a job. The policies of the government cannot possibly secure an economic recovery. Expect that as living standards stagnate there will be more attempts at racial nationalist incitement to violence and anarchy,” says the IRR CEO.

Cronjé’s points that the Western Cape is a bubble that should be emulated resonates with many BizNews visitors — an idea that resonates with some while, for others, gets the blood boiling.

Says Oh Boy: “ If you are over 50 and hell bent on staying is SA then this bubble can possibly buy you the rest of your allotted time on earth in a fairly civil environment. It wont help your kids though. They will have to make the enormous effort required to leap from the almost boiling pot and extinguish the flames by force before they turn to amphibian broth.”

beachcomber is delighted that Cronjé apparently thinks the same way he/she does. “How nice that Mr Cronjé has finally arrived at my solution for a successful SA which I have been bleating on about in various comment forums for more than a decade,” says the BizNews community member.

“Just be nice, be efficient, smile and don’t steal. How hard is that?

“And Cape Town is now sliding down to the levels of the rest of the country if one drives around the “informal settlements” surrounding the City. Too many people coming to the honey pot which is supported by the few middle-class ratepayers. Like ourselves,” cautions beachcomber.

“It took over a month to get the City to clean a river gully of rubbish and weeds – 15 workers over two days which an efficient garden services team of 4 would have done in a morning. Last night a drunk vagrant finished his meal out of a styrofoam box and tossed it and the plastic bag over the wall and into the stream. This morning when I cleaned up the road of litter in my weekly effort, I cleaned up his rubbish.

‘A microcosm of the macrocosmic South Africa. I may move to Swellendam,” adds beachcomber.

anton naude raises the issue of secession. “For a very short period of time in the late 18th century the inhabitants of Swellendam proclaimed their own republic – The Republic of Swellendam. Maybe time to rekindle that idealistic vision?”

Thomas isn’t impressed. He reckons Cronjé must go back to the drawing board and find more evidence to back his points.

“Cronjé visits one town and deduces province-wide government facilities are all as good as Swellendam’s – ‘The Western Cape is another country’. First,Cronjé is a researcher so it’s unforgivable to make unsupported claims and generalise, in this case about it’s health and police. About the police, Alan Winde is always complaining about its poor service. The Zille government-initiated Khayelitsha Commission of Inquiry disproves his assertion of an ‘efficient and caring’ service. It’s anything but.”

“Frans Cronjé, try driving around the Cape Flats. Here we have another Cape Town,” he says.

“Builders rubble and plastic bags fight to become the national flag. The local authority clains that they spend R300+ million on clearing this up but it must only be in the touristy areas. The guys who do turn up with their blue plastic bags simply sweep the gutters whilst ignoring the vacant plots and public open spaces. The latter does not even get cultivated or trimmed. We pay our rates and get little in return,” continues Geoffrey Brown.

Christine Cameron-Dow seems to think that Geoffrey Brown is over-stating the challenges for Cape Flats residents.

“I live on the edge of the Cape Flats, and I have to say that the areas close to me are kept pretty clean. The residents pick up their junk. Right opposite my own house, on the other hand, is an open piece of field owned by Prasa, with a large swathe of Eskom servitude. Eskom is supposed to clear under their power lines, but that’s sporadic at best,” she says.

“Unfortunately all bubbles burst and so too will this one,” says Unfit2govern. “WC is a province of South Africa and SA is being plundered by the ANC and when the rest has been completely hollowed the nest behind the mountain will do.”

“Only way it can work if we move away from national party elections who supposedly govern? It has to change to municipal, each town / municipality govern, take control and manage themselves with allocated budgets. Funds allocated depends on what they generate and contribute ,towards environmental, no-one, infrastructure, schooling, medical, sewage ,tourism etc.It’s time to scrap these useless political parties this country had to deal with the past few decades .The same goes for the rest of Africa.

Over on Alec Hogg’s LinkedIn account, Roger Bloom comments wryly: “appoint the right people, do your job, and stop stealing”, I love how this could be considered something new…