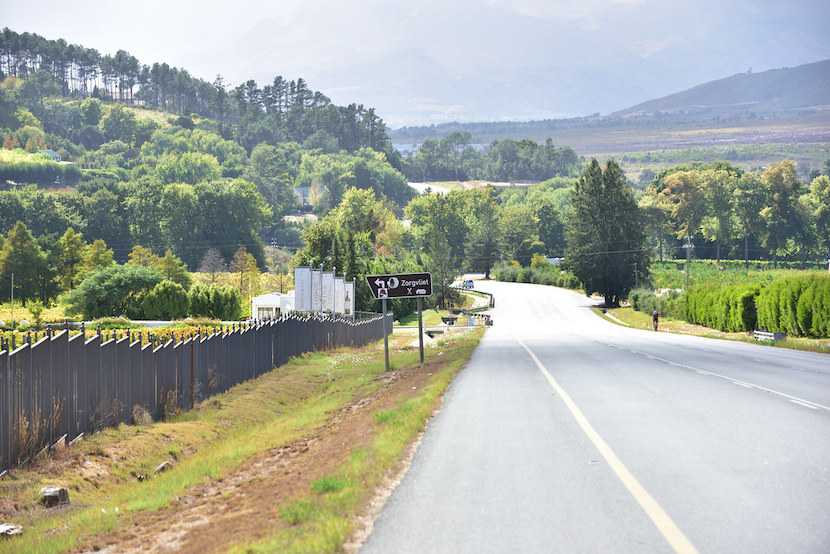 LONDON — Driving around in the Western Cape in little dorpies like Swellendam, Stellenbosch or Franschhoek, any of them for that matter with a backdrop of blue mountains, vineyards on its slopes, clean streets and a general sense of contentment; it is hard not to fall in love with it. You can even drive far up the coast to Plettenberg Bay and it remains breathtakingly lovely and beautiful. But like any Vaalie as we used to be known when I commuted down to Parliament every year and now as an expat knows – it is a bubble. As Frans Cronjé says in this article republished on Biznews with kind permission of the Daily Friend, the Western Cape may have found the right recipe for success, but this is not what is happening in the rest of the country. But Capetonians can rightly ask people like me who accuse them of living in a bubble, why other towns should not aspire to become what they have achieved. Here right in front of us, is an example of good governance, not an overseas model that politicians often look for on expensive overseas trips. – Linda van Tilburg

The Western Cape is another country

I write this column from the ikigai coffee shop in Swellendam. A sign on the wall says that ikigai is a “Japanese concept, a reason for being – the reason to get up in the morning. The purpose one lives for”. I am on a speaking tour* of the Southern Cape that will take us from Cape Town to George with events in Hermanus, Swellendam, Barrydale, Van Wyksdorp and Stilbaai. Helen Suzman used to say ‘go and see for yourself’. It is an important discipline for analysts to get out of their offices and go and see what is actually happening on the ground.

Some time ago, a member of our Council told me that we are sounding ever more like some division of Deloitte – a comment on the risk and related advisory reports we have been publishing. That worried me. We are a pro-liberty think tank and had perhaps begun to spend too much time advising corporations and the like on the long-term trajectory of our country. We need to spend more time on the ground in front of ordinary people working on how to ensure South Africa’s success as a liberal democracy.

The Western Cape is another country. You sense it just by driving around. Last night (Wednesday 10 April) I spoke in the Town Hall of Swellendam and started my remarks by saying what an extraordinary place Swellendam seems to be. The streets are spotless. Earlier, townsfolk had told me that local officials and even the police are efficient and caring. A resident explained to me how she would happily go to the government-run clinic. A clinic staff member I asked about this answered that they ran a top-class facility. The secret of their success? Appoint competent people and work hard. The budgets, salaries, staffing, and other resources, I was told, are the same as those of government clinics and hospitals in the rest of the country. It proves again that the formula for our country’s success is deceptively simple. No need for ‘national development plans’ and ‘presidential commissions’. Just appoint the right people, do your job, and stop stealing.

It is tragic to consider the contrast between towns in the Western Cape and those in other parts of the country. I travel very widely and many small towns are in ruination. It is no exaggeration to say that had some been carpet-bombed, the damage would be less severe than that caused by 20 years of ANC rule.

The mayor of Swellendam opened the meeting last night. His name is Nicholas Myburgh and he is by all accounts an extraordinary man. He made a very nice speech in which he said that choices have consequences and that Swellendam is a success because of the choices made by its residents. That is true but belies his own modesty – I am told that it is largely because of his and his colleagues’ unwavering efforts that Swellendam is a success. He inherited a political and economic mess on becoming mayor and through sheer determination turned Swellendam around. People like Myburgh are the unsung heroes of South African politics and we should all be grateful that they exist.

I warn on the tour that South Africa is in considerable trouble. Less than half of young people have a job. The policies of the government cannot possibly secure an economic recovery. Expect that as living standards stagnate there will be more attempts at racial nationalist incitement to violence and anarchy. Earlier this week ANC supporters violently broke up the launch of a book exposing the corruption of the ruling party’s secretary general, Mr Ace Magashule. As I write this, I learn that the ANC Youth League has issued an invitation to a ‘book burning’. There are direct parallels to the German Student Union’s book burnings in the 1930s. The ANC is increasingly a party of violent thugs. Mr Ramaphosa’s own threats that the state will confiscate property without compensation deserve to be viewed as equally thuggish and his assurances that everything will be fine are ever less convincing.

From the genteel sophistication of ikigai it seems almost impossible that the thuggery of the ANC is playing out in the same country. But it is and therein lies a warning; that if we do not sort out the national crises of governance and economic growth, then no corner of South Africa will be spared the eventual consequences.

*If you want to get us to come and talk in your community about South Africa’s future and how to preserve liberty then send an email to [email protected] There are no costs for community meetings.