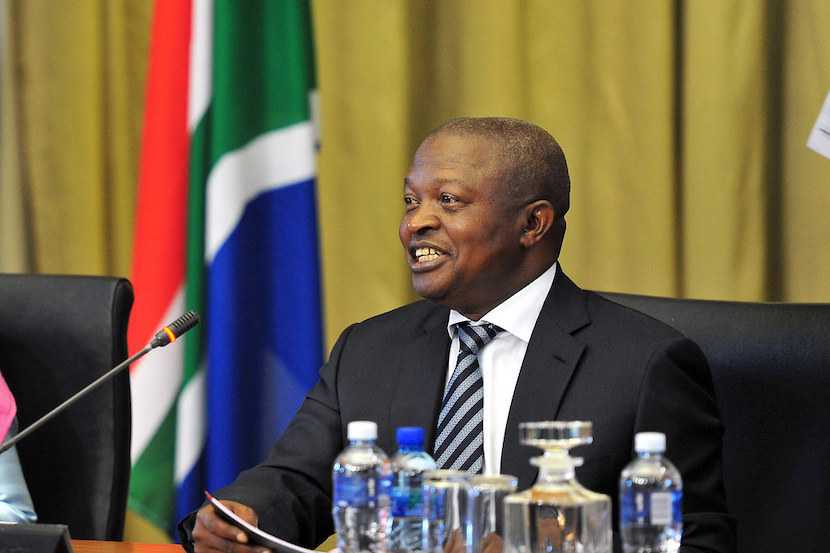 In what is part of a flurry of Public Protector pre-cabinet announcement findings, Busisiwe Mkhwebane, has cleared Zuptoid-era Mpumalanga Premier and top deputy president candidate, DD Mabuza, of two improprieties. Mabuza had no hand in irregularly securing three brand new luxury vehicles worth R5m for himself. Nor did he play any part in redirecting R70m of public funds (reportedly from, inter-alia, social welfare and public works departments) to fund a 2013 memorial service for Madiba. For both these instances of financial misconduct and irregular expenditure respectively, lower level provincial staffers were to blame, she finds. The reason cited for the vehicle purchases at the time was that Mabuza’s previous vehicles were experiencing mechanical difficulties and additional vehicles were needed ‘in case,’ the same should happen to one of the new cars. We all know how susceptible BMW’s, Audi’s and Range Rovers are to that kind of thing. While exactly what accusations Mabuza subjected himself to in testifying before the ANC’s Integrity Commission are starkly absent. Again, Mkhwebane’s choice of banal or moribund probes in the context of massive State Capture evidence at various commissions and far more serious charges levelled at the Nasrec election flip-flopping Mabuza, become politically eloquent. – Chris Bateman

When deputy president David Mabuza appeared before the ANC’s Integrity Commission on Friday, he might have had at least two official documents to brandish in his defence.

Unfortunately for Mabuza, however, the matters being investigated by Mkhwebane in these cases were relatively trivial – at least when compared with the allegations against him carried in an August 2018 New York Times investigation, which accused him of massive corruption and vote-buying in his home province.

The two recent reports by Public Protector #Mkhwebane, one exonerating #DavidMabuza and the other finding #PravinGordhan guilty will undoubtedly be set aside by a court on review. These incompetent and suspiciously timed reports will also finally result in her impeachment.

Mkhwebane’s first investigation was limited to the procurement of three luxury vehicles for the use of the former Mpumalanga premier in January 2014. A complaint was laid with the Public Protector’s office that same month by the EFF’s provincial convenor in Mpumalanga, Amanda Tshabalala.

The three cars bought for Mabuza’s use were an Audi A8, a BMW X5 and a Range Rover Vogue, amounting to a total cost of around R5m. At the time of their procurement, the Mpumalanga Premier’s office acknowledged the purchase but justified it on the grounds that Mabuza’s previous vehicles were experiencing mechanical difficulties, and that additional vehicles had to be bought in case the same were to happen to one of the new cars.

Mkhwebane found that the purchasing of the cars was in violation of the prescripts of the Ministerial Handbook, Treasury regulations and normal procurement processes.

The individual fingered by the report as responsible for the procurement was Dr Nonhlanhla Mkhize, the former director-general in Mabuza’s office. Mkhwebane concludes that Mkhize committed “financial misconduct” and that “appropriate action” should be taken against her.

Mkhize has since left the Mpumalanga provincial government to serve as director-general in the office of the new KwaZulu-Natal Premier, Sihle Zikalala.

The programme for Zikalala’s inauguration on Monday gave Mkhize prominent billing as the “programme director” and MC for the event.

David Mabuza's story about the integrity committee doesn't seem to hold water. Why him alone when there's a whole bangshoot of them involved in corruption?

Mkhwebane cleared former Mpumalanga Premier Mabuza of any involvement in the procurement of vehicles for his use and benefit.

“There is no indication from the media statement [reporting on the purchase of the cars in 2014], the complainant’s complaint submission and documentary evidence provided to my investigation that the former Premier was directly or indirectly involved in the procurement of the vehicles,” Mkhwebane found.

“There was therefore no violation of the [Executive Ethics] Code by the former Premier in the procurement of the vehicles in this matter.”

The case involved around R70m spent in the province on a memorial service for late president Nelson Mandela in 2013.

Mkhwebane’s report notes that the exact amount actually paid to service providers for the event is unclear because accurate documentary evidence was missing.

She found, however, that events management company Carol Bouwer Productions was irregularly contracted to manage the memorial, and that the total of over R70m spent on the event amounted to “irregular expenditure”.

The villain in this matter is once again identified as Nonhlanhla Mkhize, who did not report the deviation from procurement processes as she was required to do.

We might just get another Zuma in the form of DD Mabuza, a man with scandals and a cloud hanging over his head ascending to the highest office, Cyril will eventually get recalled as is tradition in the ANC then making Mabuza president, I hope I'm proven wrong #DavidMabuza

City Press reported in 2016 that the memorial service’s exorbitant cost “emptied the premier’s office coffers” and required funds to be diverted from social welfare and public works among other government departments.

Once again, Mkhwebane found “no evidence” to substantiate the allegation that Mabuza was involved in the memorial procurement process or the irregular diversion of funds to pay for it. Mkhize is again named as the person who should bear the consequences for the financial misconduct, while Mabuza is cleared.

It is not yet clear exactly which allegations Mabuza was appearing in front of the ANC’s Integrity Commission on Friday to address. The commission is known to have produced a report in which Mabuza is accused of having “prejudiced the integrity of the ANC and brought the organisation into disrepute”.

Following Mabuza’s appearance before the commission, a report is expected to be handed over to Luthuli House on Tuesday.

The timing of the Public Protector’s release of her latest reports is significant. As noted with regards to the damning report on Pravin Gordhan, Mkhwebane appears to have been in some haste to deliver this batch of reports on the eve of President Cyril Ramaphosa’s inauguration and just before the president is due to announce his new Cabinet.

Mkhwebane absolved David Mabuza. She found against Pravin – his enemies, intra and extraparty, are leaking their lips. This creates potential contradictions which would likely play out when moves to remove her are made. Mkhwebane's removal won't be an easy task. My guess!

It is also noteworthy that Mkhwebane limited her investigations into Mabuza’s provincial government to the two matters in question, given the scale of alleged corruption outlined in the August 2018 New York Times exposé.

As Marianne Thamm pointed out in Daily Maverick, the Public Protector is not required to limit her investigations to the complaints laid with her office. Instead, she has the power to investigate any information that comes to her attention on “maladministration, malfeasance or impropriety in public life”.

Announcing the release of the new reports on Friday, however, Mkhwebane indicated that taking her lead from media reports was not her style.

The Public Protector said that her office did not rely on investigative journalism as evidence pointing to potential wrongdoing, because “we do not go with untested information”. DM